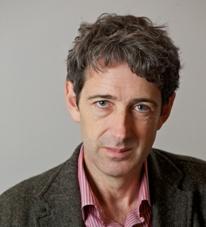 My recent Oped in the New York Times on the Central African Republic described a chronically bad situation that had predictably and unnecessarily got worse. Correct and prescient analysis by the African Union had been ignored a year ago.

The major element of my argument on the French intervention in C.A.R. is the perils of crying “genocide.”  But this begs the question, what was the correct response to the AU analysis and call for action?

The first element in a response would be that the imminent collapse of governance is a sufficient reason for concerned neighbors to engage, politically and through dispatching troops to provide security. There should no need to overdramatize such a situation.

A second element is that the resulting engagement is a political mission, with political methods and goals. There are no simple or perfect political solutions, but there are outcomes that are less imperfect than others. In the case of C.A.R., maintaining at least a vestige of constitutionalism and requiring the political contenders to negotiate within such a framework, would have been a far less bad outcome than the complete collapse of governance that has occurred. “Preserve what little is there,” is a good starting point for political intervention.

And the third key element is that African nations should have taken on the responsibility of acting themselves. C.A.R.’s neighbors collectively spend over $3 billion annually on their defense budgets. If, as seems to be the case, that the principal security threat facing African states is state collapse among their neighbors, then they should not have waited for a former imperial power to take action””they should have done it themselves. Only when the acuity of African political analysis is matched by Africa’s readiness to act on that analysis, will there be any prospect of Africa resolving its problems.

Alex de Waal is Director of the World Peace Foundation. This post was previously published on ‘Reinventing Peace’.