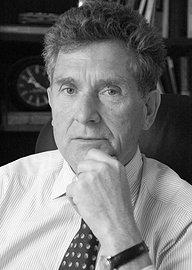 Ethiopia and Eritrea ceased business relations upon the commencement of the border war in 1998. While a small amount of barter trade still exists, it is fair to say that trade relations between the two countries are non-existent – this is very much to the detriment of the private sectors in both countries (and across the region).

Since the closure of the border, the economic fortunes of Ethiopia and Eritrea could hardly have been more divergent. While both remain poor countries in terms of per capita wealth, Ethiopia has been among the fastest and growing countries in the world averaging a steady 10% per annum growth for the past nine years. Conversely, as per the chart below, Eritrea has suffered vast fluctuations in its economic growth from a low of – 9% in 2008 to the 2012 level of + 7.5%.

Ethiopia has also been a leader in Africa in terms of infrastructure development, especially in the construction of roads, power infrastructure and water supply. Eritrea has endeavoured to rebuild its transportation infrastructure after the border war but progress has been slowed by inaccessibility of finance.  In terms of education, Ethiopia has built dozens of institutions of higher education in the past 10 years and has begun to develop a work force that is increasingly in demand by manufacturers from Turkey, China and India. Despite promising signs of self reliance immediately after Independence, Eritrea continues to find its work force diminished due to emigration and military service.

Last, Ethiopia is rapidly modernizing its domestic and export agriculture whereas as Eritrea still relies on subsistence methods of production – albeit while eschewing food aid.

As a business consultant who has worked on investment in both countries, I am confident that a comprehensive settlement of disputes that underlie the 1998-2000 border war and normalization of economic relations will create myriad benefits, including:

As reported by my friends Ambassadors Cohen, Shinn and Lyman, this appears to be a moment of inflection in the relationship between Eritrea and Ethiopia. Certainly the implementation of the border agreement and the resumption of commercial relations will not be an easy process. However, the economic benefits that would accrue to both countries could be substantial and should motivate leadership in both to expedite the process.

Tony Carroll is Vice President of Manchester Trade and Director of Acorus Capital.