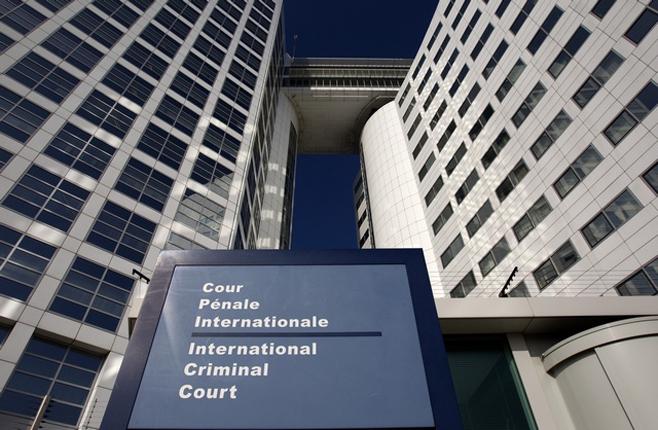 True, courts can’t end civil wars, but international criminal courts were created to make sure that certain forms of extreme violence are outlawed and that the perpetrators of crimes against humanity, war crimes and genocide are punished. The idea of the ICC was that to create a consensus about this in the international community and to mobilize resources to make sure that punishment against these crimes becomes a reality, irrespective of the status or political role of the perpetrators.

Sadly, it is also true that this consensus has been put into question by the campaign of certain African governments against the ICC, and this is partly because the international community has not always followed through on its promise, which was the combination of the ICC and R2P. And it is also true, and deplorable, that international justice has too often been the justice of the victors.

The examples Thabo Mbeki and Mahmood Mamdani give are pertinent and problematic. Pertinent because these examples – Mozambique, South Africa, Uganda – were successful and impressive cases of peacemaking; and problematic because they deferred justice forever and left the victims under the impression that their grievances are ignored and that there is only one way to achieve redress – by taking up arms. The long war in northern Uganda was an expression of this, and perhaps the renewed violence in Mozambique as well; and South Africa is among the countries with the highest homicide rates in the world. Violence, if unpunished, tends to perpetuate itself.

What is even more problematic is that Thabo Mbeki and Mahmood Mamdani condone the fact that the peace process in South Africa “decriminalized the perpetrators and incorporated them into the political order” (para. 9), and they seem to insinuate that this should also happen in cases of extreme violence like South Sudan, Congo, or Kenya.

Dealing with justice in conflict management is a very delicate issue. One has to strike a balance between seeking agreement with the key stakeholders – who often include war criminals – and administrating justice. Trying to do the latter at the wrong moment can lead to a continuation of violence and cause more harm to civilians.

In this respect, I agree with Thabo Mbeki and Mahmood Mamdani that the priority should always be to end (civil) war and to achieve peace. Justice has to take into account not only past victims, but also consider the possibility of future victims, and peacemakers have a responsibility to do everything to protect the latter. The harm done to past victims is done. Harm to potential future victims can still be avoided, and that should be the first priority of all efforts of conflict management.

Modern societies condone the killing of human beings only in one context: self-defence, whether individual or collective. But with the Geneva Conventions, violence against civilians in war situations is been considered criminal. Until the R2P resolution, there was a silent indifference towards intra-state violence under the principle of non-intervention. But since the Rwandan genocide and the ethnic cleansing in the Balkans, the international community has come to realize that certain forms of extreme violence are crimes against humanity and hence, humanity as a whole has a responsibility to prevent them. Prevention includes the punishment of perpetrators, hence the creation of the war crimes tribunals for Rwanda and ex-Yugoslavia, and subsequently the ICC.

With the Geneva Conventions, the creation of the ICC and the R2P resolution, the international community has declared certain crimes unpardonable. Those who commit them are beyond the pale, in the original sense of this expression. Bringing them back into the realm of civilization under the guise of the primacy of peace over justice amounts to undermining international human rights and reversing two centuries of struggle to establish them.

Determining what acts are crimes against humanity, who is responsible for them, and finding the right moment to arrest the perpetrators, may be very difficult. It requires great diplomatic skills and fine judgment. And in an international context where some African leaders decide to protect their peers from international justice and attack the ICC instead, this dilemma can lead to desperate proposals for the sake of realpolitik.

But it is still the wrong answer to a very real problem. The international community has to stand by its commitments to protect civilians from extreme violence and to punish those who commit them, whatever the circumstances. Failing to do so means disposing of basic international human rights law, condoning acts of violence in civil strive that would be considered war crimes in an international conflict, and going back to the Middle Ages. Anything goes, even massacring women and children of the other ethnic group, as long as you reserve your seat at the negotiating table.