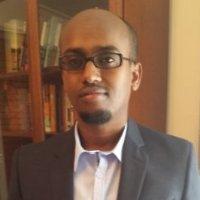 Somalia is off-track on its journey towards improved security, an agreed federal constitution, and credible national elections by 2016. On May 24th, in another attack that exemplifies rising insecurity, the insurgent group Al Shabaab stormed the Federal Parliament building in Mogadishu. In August 2012, when the Federal Government of Somalia (FGS) emerged at the completion of the Roadmap Process, it was accorded unwarranted optimism by the international community and hailed as the country’s “best hope” after decades of conflict and statelessness. Political newcomer Hassan Sheikh Mohamud was heralded as a peace activist, who could reunite the fragmented nation and given red carpet treatment at world capitals. The new Government received diplomatic recognition for the first time since 1991.

These significant, yet hasty actions took place before Hassan Sheikh could prove his credibility and capacity for national leadership as President of Somalia. Regrettably, he misinterpreted the quick international endorsement as validation to implement a highly divisive and partisan political agenda.

Hassan Sheikh’s two visits to Washington revealed the US Government’s shifting tone – one that was at once cautionary and pragmatic. “President Obama drops by a meeting with President Hassan Sheikh Mohamud of Somalia (January 17, 2013)” was the title on WhiteHouse.gov, which, in diplomatic parlance, reflected Washington’s tentative acceptance of the new leader. Washington’s realpolitik was better defined during his second visit, in September 2013, when Secretary of State John Kerry commended FGS counter-terrorism efforts, but emphasised broader US policy objectives: “There’s work yet to be done in Puntland and Somaliland, and we encourage you to continue the work of reaching out, of reconciliation and rebuilding the democracy”.

Then came the political hammer: in a testimony to the US Senate in February 2014, US national intelligence director James Clapper said that the credibility and effectiveness of FGS to fulfill its mandate “will be further threatened by persistent political infighting [and] weak leadership from President Hassan Sheikh Mohamud”. Mr Clapper’s comments came two months after former Prime Minister Abdi Farah Shirdon clashed with the President and consequently lost a confidence vote in Parliament. While President Hassan denied Mr Clapper’s allegations, there is no question that political discord within FGS institutions is having a crippling effect and impeding progress in political, security, economic and humanitarian spheres.

Since 2011, Mogadishu has experienced some relatively peaceful periods, Turkish aid projects and Diaspora investment. However, these gains could be reversed as insurgents have managed to wage an endless campaign of violence, compelling National Security Minister Abdikarim Hussein Guled, the President’s close ally, to resign in shame after the recent attack on Parliament. The insurgents have previously launched deadly attacks on the presidential palace, the Supreme Court, the UN compound and the Turkish Embassy in Mogadishu.

UN Special Envoy to Somalia Nicholas Kay, in a briefing to the Security Council on May 22, voiced valid concerns about the letter of May 5th signed by over 100 Somali MPs, calling on the President to resign, which Mr Kay justifiably fears will revive institutional deadlocks that paralysed former interim governments and plunge the country deeper into crisis. The MPs threatened impeachment and cited the Government’s shortcomings to curb rising insecurity (in April, two MPs were assassinated in Mogadishu within 24 hours), and its inability to manage economic difficulties, restore basic services and advance national reconciliation. Mr Kay warned that, “Somalia is approaching a danger zone” and urged FGS institutions to “work together” to avoid further delays in the country’s fragile state-building process.

In his briefing, Mr Kay described a humanitarian situation that could potentially “jeopardise political, economic and development gains”, raising the prospect of a deepening crisis. Further complicating matters, the UN Security Council called for “improved arms and ammunition management in Somalia” – emphasising the international community’s concern that the 1992 UN arms embargo, which was partially lifted in March 2013, is being flouted by FGS and that diverted weapons are ending up on the black market, or worse, in the hands of insurgents.

The FGS has also disappointed many in the donor community. At the New Deal conference in Brussels, in September 2013, the international community pledged $2.4billion to aid Somalia’s recovery, but donors have become wary of entrusting Mogadishu with direct funding, conditional to improved financial reforms and greater transparency. Distrust soared after then-Central Bank governor Yusur Abrar wrote a damning resignation letter in October 2013, citing corruption allegations, threats to her personal safety, and implicated senior FGS officials in graft.

The imperative to get Somalia back on track is hindered by many barriers. The FGS functions in an extremely difficult operational environment, with perpetual insecurity, limited resources, a divided nation and foreign exploitation. It is regrettable and costly that FGS unilateral policies did not remedy these troubles, but pursued an approach that puts the centre (federal) and the periphery (states and regions) on a collision course, by contravening constitutional distribution of power, disregarding national consultation on security and federalism, and failing to implement fair-sharing of foreign aid. For example, the FGS cannot unilaterally rebuild Somali National Forces, which obliges its cooperation with domestic partners to actualise the shared goal of a Somali force that is professional and representative, and which may replace AMISOM.

In that same spirit of cooperation, progress can be achieved on an agreed federal constitution and national elections. Additionally, dialogue between FGS and Somaliland should include Puntland as a stakeholder, to secure a comprehensive and lasting agreement. Indeed, with lawful implementation, the federal model should be mutually beneficial for the centre and the periphery in the concomitant political dispensation.

The Somali people were jubilant in 2012 when the FGS emerged; they were expecting a just, responsible and responsive Government that is accountable and effective. While the FGS has lost that critical momentum, it should harness and exploit that enduring spirit by adopting a pragmatic approach to reconcile and reunite the fragmented country. Social repair is a prerequisite to state building, to healing past wounds and ending the culture of impunity. A successful approach would mobilise human capital, advocate open and constructive national dialogue, implement federalism in a consultative process, nurture social justice and community reconciliation initiatives and foster economic development.

Confrontational and polarising policies risk inflaming societal divisions, waste time and resources, marginalise the periphery and evoke donor mistrust. This became evident in the Federal Government’s mismanagement of the Jubaland state formation process and the Baidoa Conference. The FGS would be best positioned to embrace a fresh political track that engenders partnerships and rebuilds mutual trust and cooperation among legitimate Somali political actors. Increased domestic support would empower the FGS to enact sweeping reforms in institution building, economy, security, and public finance sectors. Somali people share the overriding purpose of tackling the scourge of intractable insurgencies, poverty and exodus, but with sensible policies, the FGS remains in a position to play an instrumental role in this regard.

Yusuf M. Hassan is a Somali-American journalist and writer. In his former capacity as Puntland government adviser, he has engaged with Somali political actors, foreign diplomatic missions and the UN, and has participated at international conferences and forums on Somalia.

In the past decade, Africa’s film industries have shown a plucky ability to play in the big leagues. The rise of streaming platforms has democratised distribution, while filmmakers across the ...
By continuing to browse this site, you agree to our use of cookies.