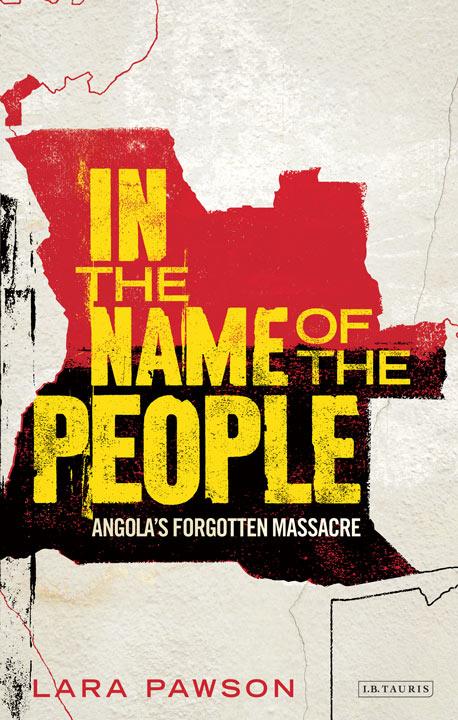 Lara Pawson’s gripping study of the events of 27th May 1977 in Angola and the violent repression that followed is a necessary corrective to the image of the governing MPLA. This is particularly the case for international sympathisers (generally on the left) with liberation groups in southern Africa in the 1970s, 1980s and early 1990s.  I include myself in that description.

I started studying Angola just after the events described in the book, as part of a wider study of the relations between southern African liberation movements, the Soviet Union and Cuba.  Politically, I was, and remain on the left and in the 1980s I was very active in the anti-Apartheid Movement, being a member of the editorial board and a monthly contributor to the movement’s newspaper.  Angola was, at the time, seen by groups that supported liberation in southern Africa, by many left-leaning journalists and among radical academics studying Africa, as a state espousing socialism and subsequently a more orthodox form of Soviet Marxism-Leninism. It was also seen as a broadly progressive government seeking to continue the fight for liberation in Namibia, South Africa, and Zimbabwe. By supporting SWAPO, the ANC and other freedom movements, it suffered the consequences of South African military and economic destabilization, as well as support from the CIA and apartheid regime for the UNITA rebels.

Any willingness to probe internal activities of the movement and ask awkward questions was held back by the wish to express solidarity with those fighting apartheid. Consequently, too much of what the Angolan government and the MPLA said was taken at face value. It was also the reason why challenges to the MPLA leadership from within the movement were viewed with suspicion and even hostility by many Angola watchers.  This partly explains the reaction Lara Pawson got from a number of British journalists and writers on Angola like Michael Wolfers, Victoria Britain and Basil Davidson, when she was trying to find out what they knew and thought about the movement led by Nito Alves and Zé Van Dunem that sought to challenge the hegemony of Agostinho Neto, Lucio Lara and Iko Carreira.

The events that are the heart of the book concern the attempt by Nito Alves, Van Dunem and a large group of their supporters within the MPLA, the 9th Brigade of the army, sections of the party youth movement and the people’s committees in the poor areas of Luanda, to challenge the power and policies of the Neto leadership and the seeming dominance of white and mestií§o over the majority of black Angolans in the party.  At the time, and in the years that followed, the accepted version was that Alves and his group were a faction within the party that was almost racist in its desire to gain a greater voice for black Angolans.

The MPLA was dominated by a network of well-educated, often prosperous whites, mestií§o and assimilados (the black elite, most of whom had studied in Portugal or Europe) who had come into contact with socialist or Marxist ideas and utilised them as the ideology of liberation. Many, no doubt, were sincere in their belief that socialism was the way forward for Angola, others may have seen the ideology as a viable one for mobilizing a liberation movement, and others still as a legitimizing discourse for their own grip on power. And there were many who joined the party as the means of getting state employment or contracts – careerists for whom party membership and influence was first a meal ticket and then a path to wealth.

Alves and many of his supporters, though not Van Dunem (who was from a relatively privileged background), wanted not the exclusion or subordination of the whites, mestií§o and assimilados, but a fairer distribution of power and the chance for the black majority of Angolans to be fully represented in the leadership.  Alves had been Interior Minister under Neto and had taken part in purges of Maoist and other factions to ensure the “˜unity’ of the MPLA but, and this comes out in Pawson’s fascinating and at times very personal account of events,  he comes to believe that the party leadership and the way that the country was being governed was not in the interests of the poor majority. He believed that there was too little accountability of top MPLA leaders, some of whom were already beginning to benefit from oil contracts with US companies and from access to diamonds.  But attempts to challenge the leadership were slapped down hard with Alves and Van Dunem removed from the Central Committee, increasingly isolated and accused of factionalism, thus confirming their view that the ruling clique was not prepared to accommodate any but their own viewpoints and sectional interests.

Exactly what happened on 27th May 1977 is not clear and Pawson, via her wealth of interviews with those involved, shows that there are as many contending views of what happened as there were people involved.  The demonstrations and other actions on 27th May were long seen as a planned and violent coup by Alves and his supporters in the party and army in which senior MPLA leaders were killed in the poor area of Sambizanga and during which a radio station, prison and other buildings were attacked or seized. The presumption, backed by accounts of the MPLA leadership and of Western sympathisers, was that Alves wanted to seize power through force and kill the existing leaders so he could take their place. But Pawson brings out the doubts and the self-serving nature of these versions.

There were clearly demonstrations by Alves’s supporters and the prison was attacked, a radio station briefly occupied and some MPLA leaders were killed – though by whom exactly is not clear. Whether this was a coup or an attempt to put pressure on the MPLA to restore Alves, Van Dunem and their group to influence within the party without overthrowing the leadership, is unclear.  But the “˜coup’ and demonstrations were put down ruthlessly.  Alves, Van Dunem and a number of other “˜coup’ leaders were executed.  A purge of the party followed.

This “˜suppression of a coup’ explanation was the one reported outside Angola and was the largely unchallenged view when I was writing about Angola in the 1980s.  The only accounts available were those of the MPLA and its sympathisers, who wrote Alves off as a factionalist, black racist or even as an ally of the UNITA movement.  The western accounts by writers sympathetic to the MPLA took this line, too. To an extent I can understand why, given that in 1977 Angola was under attack from South Africa, neighbouring Zaire under Mobutu was hostile and UNITA was receiving South African and Zairean aid to try to overthrow the MPLA.  Supporters of liberation in southern Africa rallied around the MPLA. Any threat to the government was seen as damaging to the cause of liberation.

I, too, was sympathetic to the MPLA, but critically so. It made me no friends among some Angola-philes when my writings on the MPLA’s commitment to Marxism-Leninism questioned whether its unimaginative, mechanistic and a-historical interpretation was really appropriate to Angolan realities. This meant that when I tried to get to Angola to do research I was rebuffed by Angolan diplomats and by people at Angop in London and it was made clear that even criticism by sympathisers was not welcome.  So when I tried to find out more about what the Alves “˜coup’ was about I didn’t get very far and my written accounts were limited in their scope and depth.  I broadly accepted it was about factionalism and that the Neto faction had defeated the Alves faction and had received the support of Cuba and the Soviet Union in so doing. The motivation of Alves and his group was not clear to me then, though it is more so now after reading this book.

Lara Pawson digs beneath the superficial account which was all we really had to explain the events. It also demonstrates the extreme ferocity of the MPLA response – the killings, torture, mass purges and also the way that personal scores were settled under the guise of purging the party of alleged factionalists and racists.  The account also brings out the role of the Cubans in supporting Neto.  Most importantly it shows how the killings of perhaps 20-30,000 party members or supporters, the cloak of secrecy thrown over the events and their aftermath and the all-pervading fear that resulted, has helped maintain the dominance of a small clique and its clients within the MPLA and through the party’s hegemony over Angola and its resources.  The book starts with events the author witnessed in Luanda in 2000 and how people even two decades or more later feared expressing open opposition because of the lessons of 27th May.  The extent of the killings, torture, detentions and purges left an indelible mark on Angolan politics.

The book is a necessary examination of the way that the MPLA works – how groups within the movement gained power and purged all those (from the early leader Viriato da Cruz, through Martio Andrade to Nito Alves) who challenged its dominance and how that dominance bred the arrogance of power and led to the accumulation and misuse of Angola’s mineral wealth by a powerful few.  But the book is much more than that, it is an account of the lives of those on both sides of the struggle in 1977, a series of portraits of life in Angola with its extremes of privilege and poverty and it reads like a thriller.

The book does not try to give a definitive judgement on what exactly happened just before, on and after 27th May 1977, but it does show the events from a variety of perspectives and demonstrates that at times a desire to demonstrate solidarity can overcome the desire that all journalists and writers should have to uncover what really happened and to represent all perspectives and not take refuge in expediency or misplaced loyalty. Were the events of 27th May a coup, a popular movement, a push for power by one faction against another or a confused mixture of all of these?  I suspect the latter, but it is very clear from the book that there are as many interpretations as there are interpreters.

Keith Somerville is a Senior Research Fellow at the Institute of Commonwealth Studies, University of London, teaches at the Centre for Journalism at the University of Kent and runs the Africa – News and Analysis website. He has written a number of books on Angola, Southern African Liberation Movements and conflict in Africa.

Individuals telling their stories and shifts in popular culture are gradually eroding the stigma around Kafala adoption. When Rasha Mekky reached her mid-20s, she and her husband decided they were ...
By continuing to browse this site, you agree to our use of cookies.