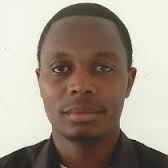 NAIROBI – Climatic conditions in Kenya have seen radical shifts over the last few years. “˜Normal’ seasons have been characterised by harsh, erratic and extreme events. Dry seasons have become longer; temperatures have risen, while rains have fallen with abnormally high intensity – leaving a trail of destruction ranging from deaths to displacement.

Weather experts in Kenya are generally in agreement with researchers elsewhere who say that although the effects of climate change are going to impact most parts of the African continent, some regions will be hit much harder than others.

A group of scientists in Germany now say that, for the first time, they have identified the “hotspots of climate change in Africa,” which cover three regions where people should prepare for multiple climatic problems over the next 20 years.

According to scientists from the Potsdam Institute for Climate Impact Research (PIK), the three regions most at risk are parts of Sudan and Ethiopia, the countries around Lake Victoria, and the continent’s south-eastern corner (especially parts of South Africa, Mozambique and Zimbabwe).

“These regions are expected to see more severe dry seasons and reduced plant growth, with flooding in countries around Lake Victoria.”

The researchers say that globally Africa has already experience above average affects from the changing global climate – the continent’s above average share of poor and undernourished people also increases the potential human impact of this situation.

“Science and Policy need to propose ways of preparing these areas for development under climate change,” note the scientists in a research report titled: “Hotspots of Climate Change Impacts in Sub-Saharan Africa and Implications for Adaptation and Development.”

In their findings – published mid-May this year in the journal “˜Global Change Biology’ – lead author Christopher Muller says “we tried to identify the places where climate change really hurts the most…These are the regions where climate change impacts are most likely, strong and possibly severe.”

Muller explains that the conditions that create “hotspots of risk” are the overlapping impacts of climate change including drought, floods, declining crop yields and ecosystem damage.

According to their projections, the researchers estimate that all of Sub-Saharan Africa runs some risks of being negatively affected by the climate change.

For example, increase in flooding is likely across Sub-Saharan Africa but is much higher in Tanzania, Uganda and southern Ethiopia, where most climate scenarios project increasing rainfalls.

Conversely, the probability of an increase in dry periods is likely to be more pronounced in regions of Ethiopia, Sudan and Eritrea.

Also in Sudan and Ethiopia, the researchers indicate there are high populations mostly constituted by poor people who are directly affected by the climate change impacts. “Consequently, these regions are not only hotspot regions of biophysical perspective, but also from social-economic perspective.”

High population density and poverty rates in Malawi, Mozambique, Zambia, Zimbabwe and in the Lake Victoria region render these regions as climate change hotspots of high relevance for adaptation planning.

The scientists concur that there will be uncertainties in assessing climate change impacts. “But [states Muller] this can inform development strategies, allowing an assessment of impacts’ likelihood and potential severity and a choice of ways to adapt.”

Herman Lotze-Campen, co-chair of PIK’s research domain “˜Climate Impacts and Vulnerability’ says “it’s all about risks”.  He notes that people in Africa have to live with uncertainties due to lack of perfect data about the future of climate change impacts.

“We have to live with uncertainties, we do not have perfect data on the future of climate change, but computer simulation can help to understand likelihoods and possible impacts.”

According to Edward Mungai, CEO of the Climate Innovation Center (CIC), based in Nairobi, “Like any other country in Africa and the world, Kenya is exposed to climate change – adaptation, sustainability and mitigation measures have to be taken by both private and public sectors.”

Speaking recently during the launch of climate change adaptation projects in Isiolo County (northern Kenya), Mr Victor Oridi, the climate Change advisor at the National Drought Management Authority (NDMA), says that communities in the most vulnerable areas need to be empowered to adapt to climate change impacts.

“Resources should now be devolved to these areas, especially the arid and semi-arid regions, customised climate change projects need to be set up in each of these regions; people in these areas should be involved in the planning and implementation of these projects.”

According to a 2013 report by the United Nations Environment Programme (UNEP) entitled; “˜Africa’s Adaptation Gap: Climate Change Impacts, Adaptation Challenges and Costs for Africa’, the continent is a “vulnerability hotspot” for impacts of climate change.

The report notes that Africa’s adaptation challenges will grow substantially and will be much bigger if the emissions of harmful greenhouse gases are not limited to below 2 degrees.

However, Kenya relies on donor countries to fund its adaptation programmes and projects and the funding is mostly unpredictable, volatile and inadequate.

The Intergovernmental Panel on Climate Change (IPCC), a scientific intergovernmental body under the UN, released a report recently warning that climate change impacts could lead to droughts and an increase in infection from diseases (both in Africa and other parts of the world.)

To cushion the populations in the hotspot regions against the impacts of a warming world, the German researchers recommend development-coping strategies for croppers and herders, along with improved access to international market and insurance cover for animals and crops.

A June 2013 World Bank report: “˜Turn down the Heat: Climate Extremes, Regional Impacts and the Case for Resilience’ states that the African continent’s growing population faces multiple climatic risks that could have far reaching repercussions largely due to dependence on agriculture as the main source of food and employment.

Peter Kahare is a journalist based in Nairobi. This article was commissioned via the African Journalism Fund.

Individuals telling their stories and shifts in popular culture are gradually eroding the stigma around Kafala adoption. When Rasha Mekky reached her mid-20s, she and her husband decided they were ...
By continuing to browse the site you are agreeing to our use of cookies.