An ugly idea dissected: looks, age and language in Sudan – By Sara Elhassan 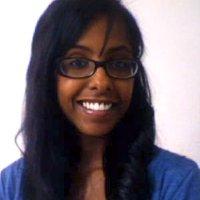 Sudanese social media has been buzzing about a video poem by Sara Elhassan, a retort to a Sudanese professor who claimed that most Sudanese women were ugly. For Making Sense of the Sudans, Elhassan explains what the episode reveals about Sudanese society.

On October 13, 2014, I performed a spoken word piece, titled Video Response, at an open mic event in Khartoum. The performance was recorded and uploaded to YouTube, along with other pieces that were performed that night. In the weeks that followed, Video Response received a staggering number of views, and sparked a fascinating response of its own.

But first, some background. In June, I was tagged in a Facebook video post by a cousin, with a message that read, “I thought you should see this”.

The video was a clip from a program aired on Blue Nile TV, a Sudanese satellite channel. It begins with a man – identified in the video description as a Sudanese professor – addressing the changes he’s noticed in the country after living abroad for 25 years.

“Firstly, the level of beauty has gone down, i.e. most of them [Sudanese women] are ugly, very much so. And ugly women create distress in a person, I mean me personally, it makes me feverish, I suffer a lot”.

The professor goes on to compare today’s young Sudanese women to those of his generation, vaguely touching on the reasons that this generation of women is unattractive to him (skin bleaching creams and “this kind of thing”). According to him, “all the big poets used to write about the beauty of [my generation of] women. But now, you can’t find a girl worth writing poetry about”.

I watched the video twice. The first time, I laughed all the way through; the second, I was irate.

I tried desperately to find context for what I felt were irrelevant and ludicrous statements. I obsessively replayed the video, each time finding a new angle to be enraged about. Of all the things to be the first noticeable change, he chose to comment on how the women look?

Three days later, I decided to write a piece about it, if for no other reason than to preserve my family’s sanity, as they were forced to endure my endless tirades. The harder I tried to get my thoughts on paper, the angrier I became.

I thought about his words constantly, “This becomes a problem particularly when it comes to choice [of a wife], meaning the man will choose a girl [to marry], and then she will show him her true face – after marriage, that is. This ugliness can really affect the stability of a marriage”.

But what the professor said was not that shocking; he just made the mistake of saying it on television. In reality, his words are neither new nor unfamiliar. These conversations happen daily, and this opinion is expressed so widely that it is practically considered the norm.

We are consumed by appearance, specifically women’s, with the reigning look being that of a light skinned, long (straight) haired beauty. In fact, the professor made a very valid (although unfortunately phrased) point when he referred to young women’s use of “creams and these kinds of things”.

We are caught in a vicious cycle of pressure to conform to an image that for many – if not most of us – is very far removed from our natural one.

So writing this piece became more than addressing the ignorant statements made by one man, but a personal need to confront a society that isn’t interested in viewing us as anything more than pretty faces to admire and boast about.

In a society where a woman is referred to as “girl” until she is married, and where marriage has become so incumbent on a woman’s physical attributes, we carry a heavy burden – one that is disproportionately reliant on our looks. So three months later, I finished writing Video Response, and a month later I performed it to an audience.

I wasn’t anticipating the attention that the piece would receive online. In the 24 hours after it was uploaded, it had reached over 20,000 views, and was being shared on Facebook, Twitter, and even Whatsapp (my aunt sent it to my mother before I had a chance to show or even tell her that I wrote it). There was an overwhelming show of support, from both men and women, in the form of a flood of Facebook messages, tags, and comments.

Of course, no YouTube video is spared from criticism. I paid particular attention to these negative comments, grateful that the video had prompted such a fiery discussion.

A great many of them, including some that made it to my inbox, were personal attacks – “have you looked in the mirror? Why don’t you shut your mouth because you’re too ugly to talk.” But there were others that objected to the video in ways that I didn’t expect.

Many people believed I had wasted my time in addressing the professor’s video, claiming that they were merely the “ravings of a quirky old man”, that they shouldn’t be taken seriously (despite having been said on satellite television and not on a comedy or variety show), and that I had given his comments more weight and attention than they deserved.

Others placed blame on the television station that invited him to be on the show. This effectively removed any responsibility from the professor and released it into a vacuum, to be picked up by an elusive “they” that is never identified, and leaving us comfortable in our denial.

Many asked (some nicely) why I had chosen to write the piece in English and Arabic, with the argument being that I was addressing a Sudanese man (and a Sudanese audience) and therefore I should be speaking solely in Arabic. It is a valid question, considering that most people who saw the video don’t know my background.

The explanation I gave – as a public post on Facebook – was that I was raised bilingual and this is the way I am most comfortable expressing myself. But some interpreted my choice as proof of my “western influence”, my desire to “air our dirty laundry” to foreigners, and thus my diluted Sudanese-ness.

I was told by some that speaking in English undermined my point, and made my message less appealing to Arabic speakers. Others challenged the authenticity of my experience (“When is the last time you were even in Sudan?”), despite the fact that I live in Khartoum and have lived here for quite some time.

This highlights the position of the Sudanese diaspora and returnees in our society – we don’t have one. Our experiences in Sudan are invalid and un-Sudanese because we grew up abroad.

Our fluency in Arabic, our knowledge of Sudanese culture and history, our willingness to come back and make a life for ourselves in what is essentially a foreign environment to us because of our need to reconnect with “home”, all of that is irrelevant. We are not accepted, and from my experience, will never be as long as we embrace our multilingualism and multiculturalism.

“She’s just a loud-mouthed kid”; “she is a very disrespectful girl”; “her parents didn’t raise her right”.

There are several parts at play here. First, that many confused Video Response for a speech rather than a spoken word piece, which made their reactions much more charged.

Second, about 80% of those who commented on the video assumed I was young, ranging in age from 13 to 19 (I am not). The objection of some based on age supports our upbringing – that youth should stay quiet even in the face of flagrant error on the part of their elders, out of respect.

Many, including women, advised that I shouldn’t have made it so public; that I shouldn’t have embarrassed a man of his “position”. Our society still believes that girls (and women) should be seen and not heard. My opinion, however valid, is to be whispered to myself in the privacy of my room where no one (least of all men) can hear me.

This is a soft version of those who attacked my parents for not knowing how to raise me into a “proper lady”, and who interpreted the satirical tone of my piece as belittling and disrespectful to the professor.

Reading these comments, I couldn’t help but think of the countless videos of Sudanese poets, much like myself, using the satirical style we are so known for to address social, political, and even personal issues, and being applauded for their cleverness and wit. But then again, I guess they’re not quite like myself after all, as they were all men.

While in the thick of it, I asked myself several times whether it wouldn’t just be better to have the video removed. I was uncomfortable with the attention, both positive and negative, overwhelmed at having my art dissected and misunderstood, and exhausted at having to explain my message, my upbringing and myself.

But I don’t regret it. I stand by my words, and am grateful for the discussion it has and continues to open up, and the people it has influenced. And if all else fails, this is the internet age, where attention spans are short and what was once 15 minutes is now 15 seconds. You just have to wait it out.

Sara Elhassan is a freelance editor and writer based in Khartoum. Check her blog at http://alucan.wordpress.com , and find her on Twitter @BSonblast.