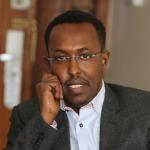 At his swearing-in speech in December 2014, Somalia’s new prime minister, Omar Sharmarke, promised to speed up progress towards the country’s “˜Vision2016′ goals. This essentially means holding a national democratic election – a novel one-person one-vote exercise – towards the end of 2016, when the current government’s mandate comes to an end. The prime minister acknowledged that there are significant shortfalls towards achieving Vision2016, yet he didn’t spell out how he intends to effectively remedy these.

Prospects for holding elections in 2016 are growing more elusive by the day. With the scheduled timeline, almost everything that would be required to make elections happen seems distant. For example, the electoral commission, political parties and electoral infrastructure are all yet to be established.

Vision2016 comprises several distinct transitions; reviewing the provisional constitution, completion of the federal system, establishing federal member states and building capable government institutions. But none of these benchmarks have been successfully completed, despite a great deal of resources and time spent on them.

Since Vison2016 came into being in 2013, the country has suffered from cyclical political-infighting between the president and PM that has stalled progress towards achieving the vision. This has had a negative impact on already weak government institutions. As a consequence of this, the security situation has gone from bad to worse, and Al-Shabaab has struck back in brazen fashion, increasing urban guerrilla attacks.

These problems are compounded by the appalling political environment throughout the country. In less than two years, the president has sacked two prime ministers. Whilst the fundamental source of the political-infighting has its roots in the provisional constitution, the bigger problem lies in not addressing the problem, but rather watching it to unfold at the expense of public institutions.

The most critical aspect of holding democratic elections is political cohesion. The country is more politically fragmented than ever before. Take, for example, the parliament that has become a theater for political absurdity and a source of instability in the country. An enormous amount of time has been spent squabbling over trivial political motions and less debating key legislation that could have paved the way for elections. In fact, and more disappointingly, the parliament has passed fewer than eight bills and dismissed two PMs in no-confidence votes in less than two years.

Moreover, the president has spent his tenure empowering a type of crony politics and supporting members of his own clique. He therefore failed to build a broad-based political consensus. Trust between the central government in Mogadishu and regional administrations has eroded due to a lack of inclusive politics and the unequal sharing of federal resources and power. Today, across the country, a regional fragmentation through the federal constitution is taking place.

Although the president has reached out to some regional administrations, these relationships remain fraught. Some have cut ties with the Federal Government, and others are threatening to follow.

The second and perhaps equally critical aspect is security. The country remains under regular assault by Al-Shabaab insurgents. Just last week, in one of the most sophisticated raids it has ever attempted, Al-Shabaab infiltrated AMISOM’s heavily fortified military camp and killed several soldiers. Following the attack, al-Shabaab released a statement detailing how the operation was coordinated and conducted.

Whilst the primary objective of Operation Indian Ocean – a joint military operation between the Somali military, AMISOM and the United States – was successful in decapitating the organization’s leadership, it has allowed many fighters and jihadists to retreat back into society. While the structure, hierarchy, morale, and command and the control of Al-Shabaab have been degraded, it remains capable of penetrating highly fortified places and carrying out sophisticated attacks.

There is currently an unprecedented level of terrorism and crime in Mogadishu. The government’s own survival depends on 22,000 African troops – operationally known as AMISOM – comprised of troops from Uganda, Burundi, Djibouti, Kenya, and Ethiopia. Its own national troops – roughly 18,000 – are grossly underpaid, poorly trained, lack organizational coherence and function largely as ethnic and private militiamen, rather than a national, unified, disciplined army. It’s no secret that some elements of the Somali National Army engage in rape and other forms of sexual harassment, extortion, kidnapping and are often complicit in insider attacks.

Instead of rushing to the ballot box and front-loading Vision2016 goals, the PM should devise a more realistic course of action. That should start with a debate on how to sustain and strengthen the current gains made by the government and its AMISOM partners.

Rapid projects that attempt to make a transition towards democracy in fragile situations like Somalia are perilous and often have unintended consequences. Democratic elections can wait in Somalia.

Abdihakim Ainte is a Somali political commentator and consultant. He tweets @Abdikhakim