Politics
Home›African Arguments›Politics›Mugabe is a symbol of what African leaders really want: Immortality – By Patience Akumu

Mugabe is a symbol of what African leaders really want: Immortality – By Patience Akumu 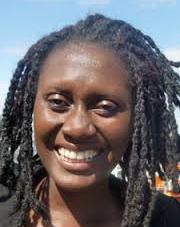 It is easy to dismiss the stalwart, albeit slumping, figure of 90-year-old Zimbabwean president, Robert Mugabe, as a reminder of all that has gone wrong with the African continent; failed economies, dictatorships and the resigned inertia of the African people. But to the African Union, which recently elected him as its chair, Mugabe is a symbol of everything that could have gone right with the continent but never did.

The presidents who support Mugabe see, in him, every African nationalist who ever lived. With Mugabe in the picture, they can still maintain a connection to the dream of the united Africa that Kwame Nkrumah, Julius Nyerere, Ahmed Sekou Toure, Gamal Abdel Nasser, Mumar Gaddafi and others of this generation promulgated. By keeping Mugabe looming somewhere in the picture, they still occasionally get a whiff of the Africa they want.

When aging African leaders gather in Addis they can almost hear the chanting and marching of their younger selves; singing and dancing to nationalist songs. Down with the British. Down with the French. Down with Colonialism!

The Mugabe phenomenon is a temporary reprieve from the reality of the daily grind for Africa’s presidents. When they sit at the African Union and talk of economic reform and the continent’s vast wealth and infinite resources, the hungry, malnourished children cease to exist. The rowdy unemployed youth they left behind in the dust of their motorcades and the wailing women giving birth in hospital corridors are temporarily forgotten.

So it comes as no surprise that the first thing on the AU agenda is pulling out of the International Criminal Court (ICC) and forming an African version. Until the establishment of the ICC, African leaders could continue to pretend that they were committed to the cause of making the lives of their citizens better. After all, beyond strong-worded warnings and a few sanctions, there were no real consequences for those who perpetrated human rights and other international violations. And certainly, they, as sitting presidents, would never be caught by the law.

But the introduction of a statute that made it possible for the bull of the kraal to be held accountable, now that was another ball game – one that ultimately presented complications, because African governments have the uncanny ability of being simultaneously democratic and authoritarian. For example, the ICC was seen as being good at getting rid of rebels who caused insurgency and destabilised governments. A case in point, Uganda’s Yoweri Museveni (now one of the biggest critics of the court) had no qualms about requesting that it investigate and arrest those behind the atrocities committed by the Lord’s Resistance Army in Northern Uganda.

It is a well-known fact that the nine situations that the ICC has opened investigations into are all in African countries (the DRC, Uganda, CAR, Sudan, Kenya, Libya, Cote d’Ivoire and Mali). Yet, apart from Kenya, Sudan and Libya, where sitting presidents have been indicted, the other ICC investigations have been state-supported.

When in 2003, the then ICC prosecutor Luis Moreno Ocampo selected the Ituri conflict as the most urgent case for investigation, it was President Joseph Kabila who opened the doors wider and allowed the court to investigate the entire Congo situation. More recently, President Samba-Panza of the Central Africa Republic has admitted the failure of the country’s own courts and government to bring some semblance of order to the war-ravaged country and is counting on the ICC to investigate and bring perpetrators to book. The government of Mali, too, invited the ICC to investigate war crimes there, following the insurgency in Northern Mali in 2012.

African presidents find themselves in a tricky position. They would prefer it if the ICC would only concerned itself with the continent’s troublesome rebels and leave governments alone. After the ICC has dealt with the insurgents, the proposed African court can then handle the continent’s other “˜internal’ issues.

Yet, the ability of the struggling African states to maintain a continent-wide court is questionable. And so is their commitment to respecting the decisions that it makes. It is the same leaders who failed to respect the African Commission that now swear undying allegiance to the African Court on Human Rights and Justice. The same leaders who have stood by, impotent, as insurgency after insurgency ravaged the continent now think they have what it takes to not just stem them, but also to bring the perpetrators to justice. Never mind that many of these countries are failing to run their own local courts where due justice is not always guaranteed nor prisoners’ rights respected.

But the real reason for this delusion of an impartial African human rights court, run by the very same perpetrators of human rights violations, is the fact that Africa’s old guard cannot grasp that the world moves on. To them, Africa is where it was half a century ago – freshly independent and defiant to all things “˜colonial’.

Given the chance, these African leaders would not just pull out of the ICC; they would opt out of all the international conventions guaranteeing civil, economic and social liberties. If it did not come with a degree of shame, they would shun women’s rights and children’s rights as alien and un-African; just like they have done with homosexual rights.

The only problem is that the young African population – who connect on Facebook and read about far off places where presidents actually come and go – knows nothing about the struggles of their forefathers, except what they have read in books. So constant recourse to this tired anticolonial rhetoric is somehow losing its power.

When African leaders flaunt Mugabe and say they want to get rid of the ICC, what they are really saying is: Can you just let us go back to the time when we were absolute kings and we lived forever and were reincarnated through our children and children’s children?