Nigeria: As Democracy and Stability Hang in the Balance, What Is the Role of the International Community? – By Johnnie Carson 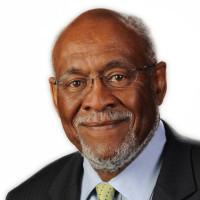 Nigeria’s presidential election is heating up and the international community needs to intensify its focus on that country as it moves towards elections on March 28.

The decision to postpone Nigeria’s long anticipated February 14 presidential election was not entirely unexpected.  However, the manner in which it was done and the questionable reason given for the delay underscores what some have described as President Goodluck Jonathan’s weak commitment to democracy and his determination to secure re-election at almost any cost.  The delay may give President Jonathan a slight boost, but it may not be able to secure him a credible and uncontested victory.   The election remains too close to call.

A deeply flawed electoral process will be a disaster for Nigeria. It will tarnish the winner, undermine Nigeria’s image and set back the country’s economic and political progress. But more dangerously, it will almost certainly spark post electoral violence, exacerbate Muslim-Christian tensions and provide an opening for Boko Haram to increase its violence across north eastern Nigeria. That violence is already impacting Niger, Chad and Cameroon and could undermine security and stability in those countries.

As the international community grapples with Ukraine, Syria, Iraq and Libya, it cannot afford to let Nigeria slide off the list of foreign policy priorities. The international community needs to pay heightened attention to Nigeria, particularly over the next five weeks, and to continue to clearly signal its great concern about the direction in which the country is drifting.

Late February 8, the Chairman of the Nigerian Election Commission, Professor Attahiru Jega, announced that he was officially postponing the country’s presidential and National Assembly elections for six weeks because the military could not provide the necessary security to ensure the safe conduct of the polls.   During his press briefing, Professor Jega emphasized that the Election Commission was fully prepared to carry out the elections and that he was not pressured by the government into postponing them. Although Jega discounted any government pressure on him to delay the vote, the government’s record and intentions are now fairly clear.

President Goodluck Jonathan’s government has been engaged in a concerted effort to postpone the elections for several weeks.  In a January 21 interview in London, Jonathan’s National Security Adviser Sambo Dasuki called for the postponement of the presidential elections to permit additional time for the distribution of the country’s new permanent voter registration cards.  Opposition political leaders and civil society organizations immediately rejected Dasuki’s recommendation and Professor Jega issued a statement reaffirming the Election Commission’s ability to hold the elections as originally scheduled.

Having failed in its first attempt to scuttle the elections, President Jonathan’s team launched another effort to move the February 14 date. On February 5th, President Jonathan convoked the country’s Council of State — a largely advisory group comprising former presidents, generals, judges, and sitting governors — to encourage them to support a postponement of the vote.  That attempt also failed. The Council of State by a clear majority insisted that the elections should proceed on schedule.

With the Election Commission, the Council of State and the main opposition party insisting that the elections should go forward as scheduled, Jonathan played his last card.  National Security Advisor Dasuki, with the backing of Nigeria’s military service chiefs, sent a letter to Professor Jega saying that the country’s military forces were about to launch a major assault on Boko Haram — one requiring all of the nation’s security resources — and, for that reason, the government could not guarantee the safe conduct of the elections. The government needed an additional six weeks to improve the security situation before the presidential balloting could be held.

The Security Situation in the North Was An Excuse, Not A Reason

Although security was the excuse used for postponing the elections, almost no one in Nigeria thinks the military will be able to do in six weeks what it has failed to do in six years in northern Nigeria. In the week since the postponement of the balloting, Boko Haram has carried out several new and audacious attacks in and outside of Nigeria. Most observers believe the reason for the election delay was political not military.

President Jonathan appears to have lost ground in his re-election bid. Many Nigerians have become increasingly disenchanted with the government’s inability to reduce corruption, improve public services and defeat Boko Haram in the north. With opposition leader Muhammadu Buhari consolidating his support in the north and making surprising inroads across the south western part of the country, President Jonathan’s inner circle were growing increasingly nervous about his ability to win a credible first round victory. Pulling the plug on the elections would give them time to recalibrate his campaign and to increase his chances of victory.

Money and political maneuvering — not a military victory in the north — will be at the center of Jonathan’s renewed efforts. Jonathan has substantial campaign funds and rumours abound that his party will use those funds to bribe voters, to buy up voter registration cards and to encourage political defections from the opposition. Reports are already circulating that Jonathan’s party intends to set up dummy community development programs to provide small micro enterprise “˜grants’ to those willing to turn over their voter registration cards.

There is also growing concern that the government will use the country’s security forces to influence the outcome of the elections, much as it did in the gubernatorial election in Ekiti state in June 2014 when soldiers detained and arrested opposition party leaders on the eve of the poll and then harassed and prevented their supporters from voting. Some observers believe the Ekiti gubernatorial election was a dry run for what will occur in some states during the presidential elections.

The elections remain too close to call and will probably go down to the wire, which increases the need for the Election Commission to carry out its responsibilities effectively, transparently and without additional political pressure. It also requires both of the principal parties and candidates to play by the rules and for democratic nations in the global community to remain engaged and vigilant.

The International Community Can and Should Do More

A flawed electoral process is not in the interest of Nigeria, its neighbours or the international community. A close and disputed election will almost certainly spark significant and possibly widespread violence, especially should Buhari lose. It will also exacerbate tensions between Muslims and Christians, generate greater distrust toward the government in Abuja and create an opening for an upsurge and expansion of Boko Haram violence. Over the long term, there will be serious consequences for the country’s democracy.   A widely disputed election which has the appearance of being rigged will undermine public confidence in the institutions of democracy and its elected leaders and will perpetuate the notion that politicians can steal elections with impunity.

Given Nigeria’s importance and the high stakes at play in this election, the US should make Nigeria a high priority for the next three months. It should step up its efforts to encourage a fair, transparent and peaceful election.  While Secretary of State John Kerry has already made one important trip to Nigeria, the US could do more. With five weeks left before the first round of voting, the White House still has time to engage. A visit by National Security Advisor Susan Rice, who knows Nigeria well, would be a powerful signal of greater White House concern and increased presidential interest. President Obama should also call Jonathan and Buhari to underscore the importance the US attaches to its relations with Nigeria and to urge both candidates to act responsibly during the course of the elections. The White House should also actively encourage the leaders in Britain, France and the EU Commission to step up their calls and support for a transparent and free election.

At a minimum, the U.S. should:

Unless he drops the ball, the United States should stand up for the independence and integrity of the Chairman of the National Election Commission. The success of Nigeria’s elections will hinge to a great extent on the work of Professor Jega and what he says in the immediate aftermath of the March 28 vote.  Although Professor Jega bowed to the will of the country’s security chiefs in postponing the elections, there are persistent rumors that President Jonathan’s senior advisers are angry with the Election Commission Chairman and are planning to replace him either before or immediately after the current election.   Professor Jega is not the problem, and the U.S. should speak out now against any attempt to discredit him or prematurely force him from office.

In addition to the Chairman of the Election Commission, two other government organizations will be crucial to ensuring the honesty and integrity of the electoral process.   They are the security forces and the Resident Election Commissions in each of Nigeria’s 36 states.

Nigeria’s military leaders should stay out of politics and avoid being used to advance the political agenda of one party over another. Equally, Resident Election Commissioners who work with, but are in some ways independent of the National Election Commission, must remain impartial, guard against election fraud and ensure the integrity and credibility of the vote. Like the senior leadership in the military, some of these local election officials will come under heavy pressure over the next several weeks to do things that are simply not honest. The US and the UK should make it clear to the leaders of these two institutions that their actions during the electoral process will also be monitored closely and if they are caught engaging in activities that undermine the electoral process they will be subject to the same visa and financial sanctions as political party leaders.

The March 28 contest will be very close, but it is important for the international community to support the democratic hopes and aspirations of millions of Nigerians and to speak out against any efforts to undermine the democratic progress that Nigeria has achieved over the past fifteen years. If the credibility of these elections is seriously challenged by a large majority of Nigerians, the results will be marked with violence and civil unrest rather than joy and peaceful celebration. The damage to Nigeria’s image, its economy and its democratic trajectory could be serious – setting back the country’s fight against poverty, corruption and Boko Haram for years. The consequences of a bad election will not only impact the 177 million Nigerians, it will also have a ripple effect across West Africa and the 350 million people in the West Africa region.

The next six weeks are not a time for complacency and inaction as the international community looks at Nigeria. They are a time for continued action.

Africa tops the best food in the ...