Nigeria Elections 2015: A Different Kind of Politics – By Mark Amaza 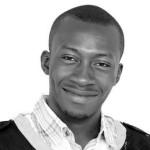 Nigeria’s 2015 elections are the country’s most hotly contested since the return to democracy sixteen years ago. For the first time, there is a real chance that the Peoples’ Democratic Party (PDP) which has won every election since 1999 will be voted out and there will be a change of ruling party. Even though the PDP faces a familiar foe in General Muhammadu Buhari – who has run in every election except for the first one in 1999 – it faces an unfamiliar party platform.

At one time Nigeria had as many as 50 registered political parties, but none of them had the national spread, structure and deep pockets of the PDP. However, all this changed in 2013 when the All Progressives’ Congress (APC) was formed from the amalgamation of the Action Congress of Nigeria (ACN) which controlled the South-West and Edo State in the South-South, the All Nigeria Peoples’ Party (ANPP), which controlled three states in the North, down from nine states in 1999; and the Congress for Progressive Change (CPC), which had only one state but boasted from the immense popularity of Buhari as its founder. They were further strengthened by the defection of five PDP governors and several legislators, almost giving it a majority in the lower House of Representatives.

With this, there has also been an elevation in the manner that campaigns have been conducted, with the improvement largely due to the influence of the APC. Its emergence to challenge the dominance of the PDP has gone beyond its new national spread, but has translated into the nature of the campaign itself.

The APC took on what seemed like an onerous task in “˜repackaging’ Buhari, who in previous elections had never won a single state in the South (his closest was getting 10% of the votes in Oyo State in 2011) and was also quite unpopular among Christian voters due to past statements credited to him regarding Islamic Sharia law and religion, an explosive issue in Nigeria. Simply put, his support base had to be broadened.

APC thus put a lot of work into making Buhari more appealing beyond his traditional base. This showed in his dress and campaign messaging backed by an excellent digital and social media campaign. His campaign scheduling was also smart; starting in Bayelsa State, President Goodluck Jonathan’s home state, then moving to the remaining parts of the South-South and South-East before swinging to the North-East and North-West, regions in which The General has a cult-like following.

There was also the intelligent choice of his running mate in Prof. Yemi Osinbajo, a close associate of former Lagos State governor and APC chieftain, Bola Tinubu, a sagacious and dogged politician – in 2003, his party, the Alliance for Democracy (AD) considered an alliance with then President Olusegun Obasanjo, in order to have the president endorsed for re-election in return for the AD holding on to its six South-West states. Tinubu refused to enter the deal and it turned out to be his saving grace – he was the only AD governor to win his re-election as the PDP swept away the rest. Yet, he built up the ACN 10 years later to win back four of the states.

Overall, this has produced a new Buhari with far more appeal than he has had before. The APC did, however, shun presidential debates to the disappointment of many of its supporters, opting to go for town hall-style meetings with just about every group and association in the country – businessmen, newspaper editors, the creative industry, student leaders and so on.

Political watchers predict that the North-Central will likely be evenly divided between the two parties, but that the South-West is still very unpredictable. It also has the second largest number of voters and PVC collection rates after the North-West. It is to this zone that the PDP has focused its campaigning in recent days.

From February 16th to date, President Jonathan has visited the zone six times, most of these to Lagos, even spending a week on one such visit. He has held town hall meetings with entertainers who are massive influencers in Nigeria and with young people. He has also made the rounds of meeting with traditional rulers and more controversially, with the leadership of the Yoruba militant organization, the Oodua Peoples’ Congress (OPC). It is safe to say that this zone will be the election decider, something the PDP is clearly aware of.

The PDP has not only been playing catch-up in how it has tried to woo voters in the South-West, but prior to the postponement, the Vice President Namadi Sambo made several gaffes regarding religion in the North, which did damage to the campaign. However, he has been quiet recently, and has seemingly been overtaken in controversial statements by the First Lady, Dame Patience Jonathan.

PDP has also had far less glitzy campaign advertising and really poor digital and social media promotion; in its defense, its supporters say that it chooses to focus on rural voters who form the bulk of the voting population and who are not swayed by such methods. There is no obvious evidence of how the N21 billion it raised for the elections is being spent. There is no public record of how much the APC has raised for its own campaign or who its donors are – oversight on campaign spending in Nigeria is virtually non-existent.

Both parties have also been employing propaganda with varying degrees of success. The PDP does its own overtly – for example, an hour-long, rather unfavourable documentary on the military dictatorship of General Buhari was aired repeatedly on the African Independent Television (AIT), a television network owned by a PDP chieftain. This is not to mention adverts produced directly by the party, the presidential campaign organisation or support groups of its presidential campaign.

The APC’s propaganda is largely not done in its name, but by some of its most vocal supporters on social media. On this, they had a head start of at least three years, beginning with the mass mobilisation surrounding the fuel subsidy removal protests when President Jonathan started losing support substantially. Over this period, this propaganda, which also mixes fact with fiction, has solidified opinion against him and influences a lot of offline discourse.

It remains to be seen how all these will contribute to the final voting. A few analysts opine that Nigerian voters still make their decisions on the 40:30:20:10 formula – 40% of voters exchange their votes for cash, the next 30% vote based on ethnic or religious sentiments, the next 20% on party or political godfather affiliation and the final 10% based on the strength of the candidates’ plans and manifestoes. Based on this, they believe that there will be a lot of spending on election day to buy votes. The ruling PDP has an advantage in this regard due to its seemingly bottomless pockets via its control of the federal purse.

The elections are still too close to call and there is a distinct chance that a run-off might be required – a fact that the Independent National Electoral Commission (INEC) has recognised by providing two weeks between the presidential/National Assembly elections and the governorships/State Houses of Assembly elections, rather than the traditional one week. However, there is one undeniable fact: the quality of political campaigning in Nigeria has been elevated in 2015. It really is a different kind of politics.