Somalia: reject ‘indirect elections’, Somalis should settle only for the real thing – By Mohamed 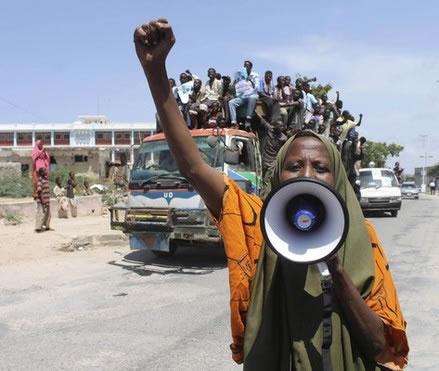 The government of Somalia controls enough of the country to hold free and fair elections (if it wants to).

About a month ago, an opinion piece advocating for “indirect elections” in Somalia in 2016 was posted on these boards. The argument is that the government is too incompetent and the security situation too flawed to entertain nationwide elections, and therefore the electorate should be drastically reduced to less than 1% of the Somali population.

For quite a while I procrastinated writing a counter argument for one main reason: I have heard this argument many times before among defeatists and loyalists of the current regime in Mogadishu. Rather than think of lasting solutions to the challenges we face in 2016, they look for an easy way out: maintain the status quo of holding what amounts to a mockery of elections, with cosmetic changes.

Reducing the electorate is not only unconstitutional, but impractical and entrenches the culture of vote-buying: with fewer voters, it is easier to buy votes as we’ve seen in the past “˜elections’ where only 275 people could vote. It also raises a lot of questions rather than address the pressing issue of how to hold the elections in time. Who decides who gets to be in the 1% that will vote? Who decides who gets to be in the electorate-selecting entity? How will you convince 99% of the population that 1% have more rights to vote than they do?

The time that would be consumed in finding acceptable solutions to these and other questions that will be raised could better be used in working towards Vision 2016. Arguing that there is no time is a waste of time itself: there is enough time for registration of voters in government-held territory; whining that there isn’t time should not be an option.

The Somali government is in control of all major population centres in Somalia; Mogadishu alone represents more than 30% of the Somali population (excluding Somaliland), and Puntland also has a population closer to Mogadishu’s and is safe to hold elections. Major cities such as Kismayo, Baidoa, Beled Weyne, and others, are also firmly in government control. The situation is nowhere near as dire as Afghanistan or Iraq – and they hold regular elections.

Then there is the question of Somaliland, where there seems to be consensus that MPs from there would be selected the old-fashioned way by clan elders (FYI: money always changes hands). Again, this is a big mistake. There is no point in including “˜representatives’ who don’t represent their homeland. Besides, this will complicate the talks with Somaliland.

We have endured the humiliating process of “indirect elections” where a group of for-sale individuals have pimped out our representation without any input from us for the past 15 years. Anything but a free and fair general election is unacceptable.

Mohamed is a good governance activist in Mogadishu.