Politics
Home›African Arguments›Politics›REVIEW: “We Will Win Peace” – on “˜conflict minerals’, humanitarian advocacy and Congo – By Georgia Cole and Jean-Benoît Falisse

REVIEW: “We Will Win Peace” – on “˜conflict minerals’, humanitarian advocacy and Congo – By Georgia Cole and Jean-Benoît Falisse 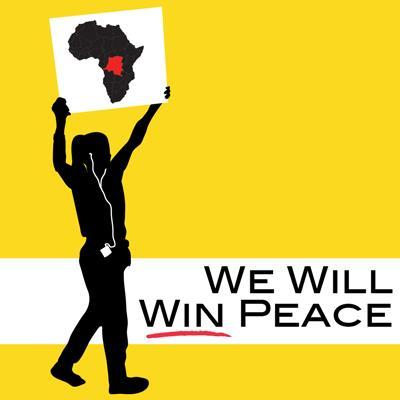 In 2010, the United States Congress passed the expansive sounding “˜Dodd-Frank Wall Street Reform and Consumer Protection Act’. Its section 1502 contained a requirement which appeared revolutionary for how the West understood its complicity in perpetuating war and sexual violence in the Democratic Republic of the Congo (DRC). This section required that companies reporting to the US Securities and Exchange Commission disclose their use of so called “˜conflict minerals’ originating in the DRC or an adjoining country.

As expected for a documentary conceived of and directed by disillusioned aid workers with long experience in the Great Lakes region, “˜We Will Win Peace’ sets out to challenge this orthodox wisdom.

It asks three fundamental questions. First, what role does artisanal mining play for communities in the DRC? Second, what series of events resulted in Section 1502? And third, what impacts did the passing of the act have on the communities it ostensibly set out to help?

These questions are answered across two continents. Following a rousing introduction which situates the later narrative in humanitarian campaign stereotypes, the advocacy campaigns of world leaders such as Barack Obama and George Clooney, and the wider ethnic and geo-politics of the Great Lakes, we zoom in to a pre-Dodd-Frank DRC.

For an extended part of the documentary, the filmmakers illustrate this era by following two Congolese Miners: Apocalypse and Chang. We hear their stories of how they got involved in artisanal mining, about their families and what drives them in life. Through these sensitive portraits, we get to understand the ways in which the economy and society functioned before section 1502 and the subsequent decision of the Congolese government to suspend artisanal mining in 2010.

The documentary, through interviews with experts and combatants, introduces and explains the longstanding roles that ethnicity, local resources, and regional politics have played in causing and perpetuating violence. It then travels to the US to follow the “˜Enough Project‘ – an international advocacy organisation campaigning on issues of genocide and “˜crimes against humanity’ – in its endeavours to prove that the purchasing of certain consumer technologies fuels the drive for conflict minerals from the DRC. This in turn is presented as being directly responsible for decades of sexual violence and conflict within the country.

What follows is a smartly filmed drama: Jason Stearns and other leading experts on minerals in the Congo argue “˜No it isn’t’ and John Prendergast and a host of American campaigners argue “˜Yes it is’. The result was that the “˜good folk’ won, the Dodd-Frank Act was passed, and tens of thousands of Congolese miners and secondary industries ended up on the brink of economic destitution before necessity pushed them towards other options. These include even more precarious employment in the mines or joining a rebel movement.

UN statistics report an increase in crime and sexual violence in the region in the recent years. Establishing direct causality with the ban is impossible, but the story certainly runs contrary to what various celebrities and civil society activists had anticipated.

The documentary sadly highlights how Congolese mining experts and civil society activists had expected this peculiar “˜resource curse’, but were never asked for their opinions during the drafting of the Act.

We Will Win Peace is a cautionary tale on many fronts. To channel the words of Chimamanda Adichie, it convincingly illustrates “the danger of a single story”. It introduces Congolese as musicians, miners, fathers and mothers, not just victims and perpetrators of violence.

The documentary also traces the subjective and sensationalist pathways through which laws in the United States come to pass, whereby celebrities have credibility as expert witnesses and consultations stop at the international border. It highlights the dangers of blind, altruistic advocacy when the repercussions of these discussions are far from immediately obvious. It stops, however, at promoting a “˜we know better’ approach. The documentary is not explicit on whether legislation on “˜conflict minerals’ is desirable. It rather underlines the shortcomings of the conflict minerals legislation as it was passed in the United States: cropped and appended to a larger bill, focused on one specific country, and without any concrete provisions for improving the mining situation on the ground.

Europe does not have a law on “˜conflict minerals’ and due diligence, yet. This could change soon as the members of the European Parliament are expected to vote on this. They should watch Seth Chase’s documentary beforehand. The movie does not tell the story of the “˜conflict minerals’ campaign in Europe. Lobby and advocacy groups, such as the London-based Global Witness, do not feature celebrities, which begs the questions of whether the “˜global’ and popular campaign against conflict minerals is an American artefact – and to what extent the trimmed legislation is a “˜natural’ consequence of celebrity advocacy.

One of the key questions the documentary raises is how to effectively channel and transform public and celebrity enthusiasm into good policy decisions. Congressional hearings on the consequences of Section 1502 suggest that improvement remains possible and does not necessarily imply returning to an era of opaque supply chains.

The documentary does not, and probably cannot, answer all the questions. In particular, the role of Rwanda is only timidly introduced and land conflict, other resources, and M23 are left unexplored. A trip to Kinshasa to explore the national-level politicking is also absent. Why, for example, did the government in the Congo impose a de facto ban on artisanal mining, despite this not being what the Dodd-Frank Act actually called for? Who was pushing for this reform? The lack of access to the capital means that President Kabila and his aides, who are known to benefit more from Katanga than Kivu mining, come out relatively unscathed.

The invisible hand of the market and the withdrawal of big buyers from Eastern Congo come out as being largely responsible for the collapse of livelihoods in the Kivu and Maniema. However, this risks implying that the artisanal mines in Eastern Congo are a ubiquitous force for good by simplifying the before and after vignettes.

In 90 minutes, the documentary manages to explain a problem, depict a campaign to tackle this problem, and explain how this campaign failed, which is a commendable achievement. As the producer Ben Radley says: “Why can we not have simple advocacy and complex policy?”

This film is itself the work of advocates who wished to produce a documentary which would also appeal to and resonate with the same demographic whose support propelled the Enough Project to its dizzy and damaging heights.

With the proliferation of celebrity and civil society activism and the expansion in the number of causes they seek to champion, intelligent documentaries such as this should be actively encouraged. It provides an excellent entry point for discussions deconstructing the concepts of “˜conflict minerals’ and the “˜resource curse’ and exploring the issues around lobbying, global celebrity campaigns, and reductive images of Congo.

Amnesty and Disarmament, Demobilization and Reintegration for ...