While high-level scandals have dominated the headlines recently, it is the island’s economic performance that will define this make or break year for the government. 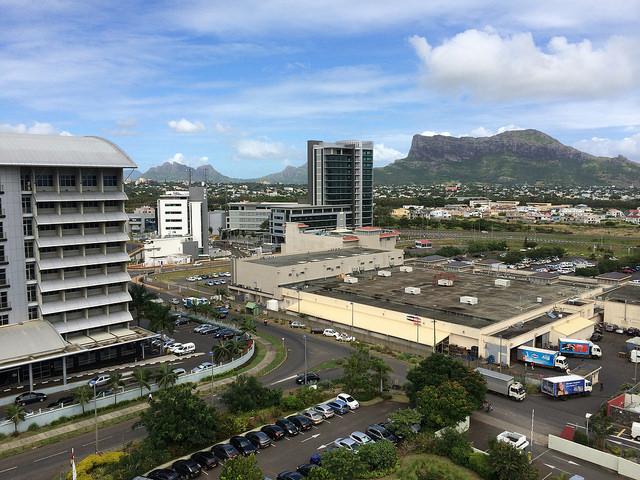 The Christmas and New Year period is taken very seriously in Mauritius as a time to let one’s hair down and recuperate. But it is also a time to reflect, and for this tiny island in the Indian Ocean, there’s a lot to reflect on from the past year.

At the end of 2014, a surprise election result saw the veteran politician Anerood Jugnauth return as prime minister – to begin his 6th term since 1976 – and his first full year back in office was eventful, to say the least.

A year of scandal

In Mauritius, 2015 will probably be remembered as the year in which a number of long-running high-level scandals were finally exposed.

Most notably, former Prime Minister Navin Ramgoolam, who had recently lost the 2014 elections, saw his fate take an even darker turn in the new year. In February, police found suitcases and safes packed with cash at his home, and since then, he has been arrested on five separate occasions and charged with conspiracy, bribery and money-laundering. His mistress, the previously high-flying businesswoman Nandanee Soornack, took refuge in Italy and continues to fight attempts to extradite her.

Ramgoolam – who despite his travails has still managed to see off all challengers to his status as leader of the Labour Party – is also accused of aiding and abetting a huge Ponzi-style scheme. This scam, which collapsed over the year, was set up by Bramer Bank, part of British American Investment (BAI), a conglomerate which had significant investments in South Africa, Madagascar, Kenya, Malta and France.

With the approval of Jugnauth, Finance Minister Vishnu Lutchmeenaraidoo moved swiftly to withdraw Bramer’s banking licence in order to underpin the offshore banking sector’s liquidity and the island’s reputation as a regional financial centre. A new state-owned institution, the National Commercial Bank (which has now morphed into the MauBank), was established to take over Bramer’s assets and liabilities.

BAI’s owner, Dawood Rawat, continues to protest his innocence and highlights his business acumen – “We have always honoured our responsibilities,” he wrote in a New Year letter to his former employees – but refuses to return home to offer testimony, preferring to remain in exile in Paris.

Waiting for a miracle

While Mauritius’ scandals may have grabbed the headlines, 2015 was also a year of quieter economic expectations as the population waited to see what the new administration had up its sleeve.

After all, in his election campaign, Jugnauth had promised to inaugurate a “second economic miracle” if elected, comparable to the one over which he presided in the 1980s. In that period, the economy grew rapidly, and the middle classes of all ethnic groups came to take it for granted that the good times would keep rolling with growth rates at 6-8%.

Alas, the global financial crisis of 2007-08 put paid to that expectation, and growth more recently has continued at a little above 3%. This would be highly respectable by European or North American standards, but has been disappointing for the vast majority of the 1.3 population, who are willing their country to achieve the status of a “high-income” economy.

This could prove tough for Jugnauth. Like other emerging economies, Mauritius has been hit recently by the channelling of international capital to what are perceived as safer investments in the developed world. Official statistics show that inward investment to the Indian Ocean island fell by nearly 30% to around $200 million in the nine months to September 2015.

Perhaps more worryingly though, the investment that did come in tended not to target wealth-generating sectors such as manufacturing, outsourcing, ICTs or financial services, but far less productive luxury real estate purchases. The concern among some local commentators is that this pattern of investment will continue and that the promised new economic miracle will fail to materialise.

However, the majority of economists remain broadly optimistic about Mauritius’ prospects, particularly regarding the possibility of developing the so-called blue economy. This could involve exploiting the capital Port Louis’ harbour facilities to capitalise on the increase in shipping of commodities and manufactured goods between Africa and Asia; the introduction of new deep sea and coastal fishing technologies, including aquaculture; bio-pharmacy; and, despite the global commodities glut, finding game-changing oil and mineral reserves in Mauritius’s territorial waters.

Construction of the first of eight ‘smart cities’, announced by Jugnauth last June, will also begin shortly. The idea is to build on the success of the 2001 government-initiated ‘Cyber City’ (also known as Ebene) to create (with private sector finance) sustainable business, entertainment and residential hubs that will boost both the number and quality of jobs open to the ever-growing number of well-educated young people. Increasingly, this demographic is looking for jobs not on the basis of kinship or political patronage but on merit – meritocracy is something of a buzzword in Mauritius these days. In addition, there are plans to regenerate existing urban areas such as Curepipe, Goodlands and Quatre Bornes.

Tourism, the main source of foreign exchange for Mauritius’s $11.25 billion economy, is undoubtedly on the upturn too. As the economies of northern Europe recover, and the free-spending middle classes of China and India increase exponentially, the number of visitors to the island has crept steadily upwards in 2015 to top 1.1 million.

However, despite the sector’s success, Tourism Minister Xavier-Luc Duval recently decided to place a two-year moratorium on the construction of new hotels so that demand and supply can be more closely matched. This announcement has been welcomed by those interested in promoting Mauritius’s eco-tourism credentials, who have long felt that over-building in coastal areas was harming the island’s ‘paradise’ image.

In addition, many of Mauritius’s leading mainstream resort groups hope that the pause in building will provide an opportunity to rethink the island’s brand, offering and marketing, so that it can regain its leadership position over other Indian Ocean holiday destinations such as Sri Lanka and the Maldives, which have recently overtaken it.

Despite the many economic uncertainties as we move into 2016, one thing is certain: Jugnauth will have calculated that this is highly likely to be a make or break year for his government.

Although the 85-year-old prime minister’s mandate has almost another four years to run, and the opposition remains in disarray, there are evident tensions within the government coalition between conservatives and reformers. These will spill out into the open if signs of the substantial economic growth that Jugnauth promised are not visible very soon.

Why Nigeria should think twice before joining ...