Who are the candidates? What are the issues? Will it be fair? 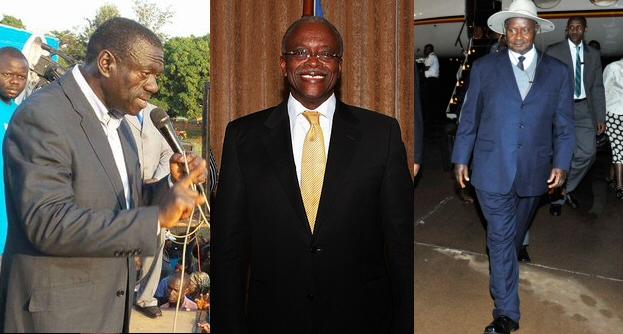 Uganda is currently gearing up for presidential and parliamentary elections on 18 February in which President Yoweri Museveni will be contesting for a fifth term in office. Museveni and his National Resistance Movement (NRM) first came to power in 1986 after an armed struggle, and the 71-year-old incumbent is vying for his third presidential term since 2005 when the multi-party system was re-introduced and term limits were lifted. In 2011, Museveni garnered 68% of the vote, improving on his 2006 election win with 59%.

Nine candidates are competing for the presidency this time around, although it is essentially a three-horse race. Museveni is, of course, one frontrunner; Kizza Besigye, a long-time opposition leader and retired colonel, who will be running for the fourth time on the ticket of the largest opposition party, the Forum for Democratic Change (FDC), is another; and completing the leading pack is John Patrick Amama Mbabazi, a former Prime Minister and former NRM Secretary General, who will be running under the GoForward banner.

For most voters, there may be little new about this year’s campaigns. Familiar logics of patronage, vote-buying, and intimidation are at play. There are grand promises, cash hand outs, and arbitrary arrests. And the much debated Crime Preventers – youths trained by police for apparent security purposes – are but another new security outfit springing up before elections to help ensure the regime’s mobilisation of support runs smoothly as per usual.

Yet there is something very different in 2016 too. For the last 15 years, Ugandans have become accustomed to elections following the same plotline in which the fervent Besigye challenges Museveni in a two-way contest before ultimately losing in the face of the NRM’s quasi-hegemonic control over the state and its resources. But the entry of Mbabazi has upset these familiar logics.

An NRM lead diplomat during the bush war who later occupied various posts in cabinet and intelligence, Mbabazi was the key architect of the NRM’s decade-long control over the state. Most recently having served as Secretary General of the party from 2010 to 2014 and Prime Minister from 2011 to 2014, his network of supporters pervades the cabinet, security agencies, public service and party structures. Mbabazi is also held to be extraordinarily wealthy and, while widely thought to be corrupt, has been cleared of past corruption allegations by the courts.

Once Mbabazi’s rumoured presidential ambitions were taken as a fact by State House, the former confidante’s demise was plotted. Six months after the parliamentary caucus endorsed Museveni as the NRM’s sole candidate in February 2014, Mbabazi was unceremoniously sacked as PM (and replaced by his close friend and ally Ruhakana Rugunda); and in December 2014, he was also removed as NRM Secretary-General by the delegates’ conference.

Mbabazi’s major weakness is that there are few people who like or trust him, in the NRM and opposition alike. It is Besigye who attracts the crowds and, according to controversial surveys, is polling at 30%. Nonetheless, it is Mbabazi who keeps the regime on its toes. Besigye is a known threat and what Mbabazi fails to evoke in affection, he makes up for in respect and fear of his reputation as a brilliant strategist.

Early failure of a united opposition

While the defection of Mbabazi and others may have raised hopes for a stronger opposition, ambitions to form a united front failed early on. The Democratic Alliance (TDA), launched days before Mbabazi declared his candidacy in June 2015, aspired to bring together the opposition under a joint candidate. But the plan hit a snag when the various factions failed to agree on which candidate to support.

The TDA’s woes reflected the mistrust many harbour for Mbabazi, but more importantly underscored the internal divisions within many parties.

In the biggest opposition party, the FDC, rifts between those who support Besigye, the populist and sharp-tongued long-time opposition leader and presidential candidate, and those behind Mugisha Muntu, the more diplomatic party president. In former President Milton Obote’s Uganda People’s Congress (UPC), competing claims for the party presidency have left the party paralysed, with the group led by Obote’s son Jimmy Akena recently declaring its support for Museveni. And within the Democratic Party (DP), leader Norbert Mao has thrown his weight behind Mbabazi, while the popular, dethroned Kampala Lord Mayor Erias Lukwago and his supporters are backing Besigye.

Aided by the defection of some members to the NRM and prevailing mistrust of Mbabazi, the TDA alliance had all but fallen apart by October 2015, leaving Besigye and Mbabazi to run separately – Besigye on the FDC ticket, Mbabazi under the GoForward platform.

Despite the failure of a united opposition and his lack of popular appeal, Mbabazi still strikes fear in State House. His challenge from within and then defection exposed a movement that has long been struggling with the failure to fully transform into a cohesive political party. It is notable that after the fraught party primaries, at least 60 NRM MPs (including seven current cabinet ministers) decided to run as independents in the parliamentary elections after losing internal contests to be the party’s flag-bearer.

Another internal conflict arises from the struggle surrounding Museveni’s eventual succession. Since the overwhelming 2011 election victory, there has been a simmering debate surrounding allegations that Museveni is grooming his son and head of the powerful Special Forces Command, Muhoozi Kainerugaba, as his successor. This story climaxed in 2013 when a letter by veteran general David Sejusa warning of assassination plots against those who opposed the “Muhoozi project” was published by the press. Two major media houses were shut down, the military was reshuffled and Sejusa went into exile.

On the economic front, there are also concerns for the NRM. The promise of quick oil wealth has waned with production now projected to start in 2022, while large infrastructure projects such as the Standard Gauge Railway, the oil pipeline, and the hydroelectric power dams and major road construction are lagging far behind. Furthermore, with a rapidly growing population of which about 80% are under-30, many youth are jobless. An economy still based on small-scale agriculture has failed to absorb the large number of graduates into the economy.

Within the NRM party, it was the youth league that first openly disintegrated over the Museveni-Mbabazi rivalry, and factions of the party youth have since exploited the ongoing contest by defecting and re-defecting to each camp, presumably picking up attractive incentives in the process.

Besides the disbursement of youth development funds throughout the country, the regime has also sought to bind the youth vote through large-scale recruitment into so-called ‘crime preventers’, a police-trained volunteer force that assumes vague public security functions.

In terms of regions, it is eastern Uganda that has topped candidates’ campaign agenda. The region is perceived to be a nurturing ground for the opposition and has been in the spotlight over a series of killings of Muslim sheikhs and alleged recruitment and training by ADF rebels in Busoga over the past two years.

The Electoral Commission and police in spotlight

After the failure of substantial electoral reforms, the Electoral Commission (EC) has been in the spotlight over allegations of manipulating of the electoral process.

In September, the EC initially blocked Mbabazi’s voter consultation programme, alleging a breach of the controversial Public Order Management Act (POMA). In December, the EC Chairman warned that he would bring in the army if necessary to deal with Besigye’s “campaign of defiance” which he deemed unconstitutional. And the voters register compiled by the EC linked to the contentious national ID project has been accused of being fraught with errors and its constitutionality is being petitioned in court.

After the brief simultaneous arrest of Mbabazi and Besigye on 9 July 2015 en route to different public functions and clashes between police and GoForward supporters in Soroti and Jinja in September 2015, the police have largely let opposition presidential candidates conduct their campaigns freely. At one point, few believed this would be the case, expecting Mbabazi to be jailed, charged in court, or even assassinated. But the government has learnt its lesson from 2005 when Besigye’s popularity was boosted after he was arrested and dragged to court over questionable charges of rape and treason. The government’s worry about Mbabazi’s possible international backers and his revelation that he had enlisted 500 lawyers who would defend any of his supporters may have helped too.

Nevertheless, police misconduct still abounds, with the public undressing of a female opposition politician in October 2015 making international news. Dozens of cases of arbitrary detention have been reported, and Mbabazi’s top security aide has been reported to be in detention by the GoForward camp. Furthermore, since Besigye visited a dilapidated health centre in Abim, northern Uganda, and a nurse who was in attendance was fired – a story that received wide media coverage – candidates have been prevented from accessing public service facilities by police guards.

Crime preventers and local militias at the centre of violence

Sabotage and violence at rallies appears mostly instigated by the crime preventers and other locally-recruited militia. Crime preventers have throughout 2015 been a matter of debate and criticism in parliament and the media. The police reports having trained up to 1.5 million civilians, mainly male youth, to support local law enforcement and carry out public order functions at polling stations.

However, since their inception in 2014, cases of extortion, robberies, and other violent crime have earned these youths the nickname ‘crime promoters’. Many see the crime preventers at the centre of potential large-scale violence surrounding the elections.

In Ntungamo, western Uganda, the so far worst campaign violence occurred between NRM supporters whose attempts to disturb an Mbabazi rally were violently repelled by the latter’s campaign youth.

The spectre of unrest and violence extends beyond the elections though. In 2011, excessive government spending during the election season heightened inflation, causing commodity prices and transport fees to skyrocket, ultimately triggering popular “walk-to-work” protests that were met with heavy handed response from the security forces and left at least five people dead.

With six weeks to the polls, much is still unclear. Mbabazi’s apparent tactics of delay and last minute declarations to keep the regime in the unknown about his strategy has many left wondering whether Besigye and Mbabazi will eventually join forces at the polls. And yet, however hopeful for change they may be, most Ugandans one speaks to on the streets have little doubt about who will win these elections.

State control has been used as a little veiled threat by Museveni who in drastic statements – such as “I own all the money in Uganda” – has warned voters that electing an opposition candidate would deny their constituency access to government funds. One friend who is relatively critical of the regime is running as a parliamentary candidate on an NRM ticket simply because it’s the only way one is able to deliver services to the people. And as a young voter in Northern Uganda told African Arguments: “This time I am not going waste my vote. This time I am voting NRM so that my village will also get some new roads.”

Voters make rational calculations in what they see as a zero-sum game. This has got the NRM more votes than love in the past and may well do so again.

Anna Reuss is a freelance analyst and researcher based in East Africa. She is pursuing a PhD in political science at the Universities of Ghent and Antwerp in Belgium.

For more on this topic, see: