In 2011, a coalition of opposition figures rallied behind Mahamadou Issoufou to secure him the presidency. In 2016, those same forces could now drive him from power. 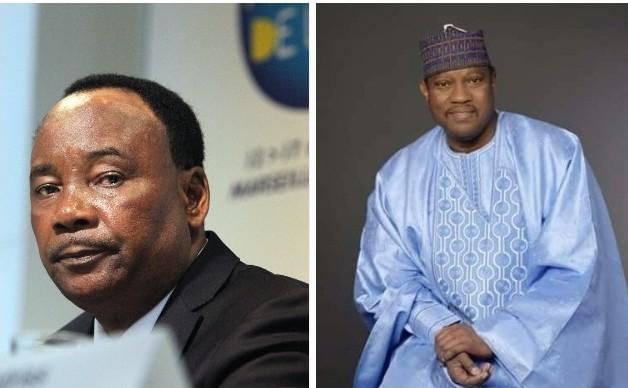 In the second round run-off on 20 March, former allies President Mahamadou Issoufou and former PM Hama Amadou will face off.

On the surface, the old adage that a week is a long time in politics doesn’t seem to hold true in Niger. Five years after the crucial 2011 elections, the Sahelian nation is in the midst of voting once again faced with the same cast of familiar faces.

As before, the first round of this year’s presidential elections on 21 February saw three men take centre stage: Mahamadou Issoufou of the PNDS-Tarraya, El-Hadji Seyni Oumarou of the MNSD, and Haman Amadou of MODEN-FA.

However, while the characters remain the same, many of the roles have shifted since the last contest. Issoufou is now president. Amadou, his great ally in 2011, is now his fiercest political opponent and is currently campaigning from behind bars. And Oumarou – who last time around was seen to be favoured by former president Mamadou Tandja and the candidate most likely to bring continuity – now represents a break from the Issoufou’s status quo.

[See: Why Niger’s elections may be less important than they seem]

Back in 2011, the first round saw Issoufou gain 36%, Oumarou 23%, and Amadou just under 20%. This meant a second round was needed to decide the victor and, as agreed, several candidates backed Issoufou in a bid to defeat the former President of the National Assembly, Oumarou. With the support of Amadou and others, Issoufou won the run-off comfortably with 60%.

Fast forward to February 2016 and Nigeriens went to the polls again. Voting took place in a largely peaceful atmosphere, though logistical challenges meant the elections went far into the night in several places and continued into the next day in others.

After several days, the Electoral Commission announced the results. Issoufou garnered 48.45%. Amadou came in second on 17.76 %. And Oumarou fell to third with 12.12 %. A handful of other candidates swept up the rest of the ballots. Like before, no single candidate achieved a majority and so a second round run-off will now be held on 20 March.

Having locked up former Prime Minister Amadou, President Issoufou must have felt that the coast was clear for him to emerge victorious and his party had promised the country a “Coup K.O.” (a first round knockout). But it wasn’t to be, and as the run-off approaches, it seems the coalition of opposition parties that guaranteed Issoufou’s victory in 2011 is now getting behind Amadou.

The COPA (la Coalition pour l’alternance), made up of principal members of the opposition – including fallen presidential nominees Seini Oumarou (11.32%) , Mahamane Ousmane (6.14%) Amadou Boubacar Cissé (1.47%) – has agreed to back Amadou. And if this alliance is maintained, then judging on the percentage of votes acquired by each of the defeated nominees in the first round, the president is in for a close race.

However, much could still change before 20 March, and a lot depends on whether major opposition candidates keep their word to Amadou and if President Issoufou can convince some of them to switch sides.

If the issue of ethnicity comes into greater play, then the second round may also not be so straightforward. 43% of Niger’s population is from the Hausa ethnic group like Issoufou, while Amadou’s Zarma ethnic group constitutes just 20%.

The Electoral Commission has a crucial role to play too, and the lapses witnessed during the first round must be contained in the run-off. The stakes are so high that any mistakes that may lead to anger or distrust in the process must be taken care of.

Meanwhile, the West African bloc ECOWAS, the African Union, and the diplomatic community must be sure to continuously engage all the political actors and other stakeholders to maintain the peace in the lead up to the elections as well as after they are conducted.

As Nigeriens get ready to vote again, the race is currently too close to call, but one thing that’s certain is that President Issoufou is not sitting as comfortably as he would like. Despite the odds, the possibility of Amadou moving from prison to presidential office is just about feasible, though this eventuality is contingent on the opposition alliance surviving. The opposition’s cooperation places Issoufou in a tight spot, and it seems that his fate will be determined by this coalition as much as by his own strategies.

Five years after Mahamadou Issoufou rode to victory on the back of a broad alliance of opposition parties, that same coalition could now replace him with his former ally and now archrival Hama Amadou. Whatever happens and whoever wins, however, it will be crucial that the people of Niger do all they can to consolidate the gains of the last five years and maintain their nascent democracy.

Terfa Hemen works with the Centre for Democracy and Development Abuja Nigeria and was part of the ECOWAS elections observation team to the Niger Presidential election 2011 and 2016.

[Correction 03/03/16: The article originally stated that Issoufou’s home region is Tillabéri when it is in fact neighbouring Tahoua. The sentence that contained the error has now been removed.]