There are many reasons poaching in Zimbabwe is on the rise. The involvement of influential government operatives appears to be one of them. 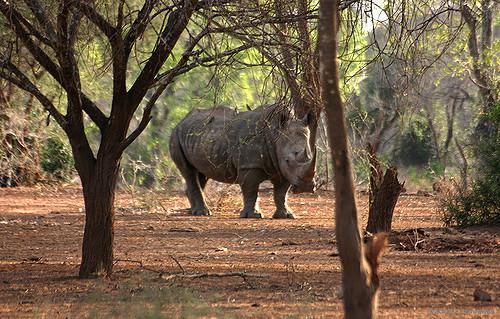 On 24 November, two police sergeants – Robert Shumba and Vengai Mazhara – headed to a homestead near Chipinge Safari Area in Zimbabwe’s eastern Highlands after being tipped off that a poacher armed with an AK-47 had been spotted in the area.

They died in a hail of bullets. Chaita Simango, the homestead owner who it was claimed helped hide the poacher, was also killed, while the poacher escaped.

A month later, the police arrested the man alleged to have supplied the AK-47 used in the killings. Apprehended at a flat in Bulawayo, the 36-year-old man was Munashe Mugwira, an operative for country’s much-feared Central Intelligence Organisation (CIO).

This was not Mugwira’s first brush with the law. In 2010, he was shot and wounded by police during a high-speed chase through the streets of Bulawayo. He had attempted to evade arrest on charges of fraud, kidnapping, extortion and robbery stemming from a bizarre plot to con a Pakistani businessman into buying “red mercury” – a hoax substance peddled by conmen as the “ultimate weapon” and an ingredient for a “dirty bomb”.

Mugwira went to court, yet kept his position at the CIO – evidence, some say, of his “untouchability” due his links with the state.

After that experience, it seems Mugwira moved into illegal poaching. On 13 December 2015, a suspected poacher was arrested after a shoot-out in the Savé Valley Conservancy in the south of the country. In his statement, the suspect John Chisango told police that Mugwira had supplied him and four others with AK-47s and .303 hunting rifles to “kill rhinos”. The serial numbers had been filed off the weapons.

Chisango also implicated Mugwira in the poisoning of elephants. Cyanide, which is widely used in Zimbabwe’s mining industry, is relatively easy to obtain due to lax controls and it has been used repeatedly by poachers. In 2013, for instance, at least 300 elephants died after waterholes and salt-licks were poisoned with cyanide in what was described as “the largest massacre of elephant in this part of the world for the last 25 years”. And in October 2015, at least 62 elephants were reported to have been poisoned with oranges laced with cyanide in Kariba and Hwange National Park.

Mugwira is also alleged to have used his official CIO vehicle to ferry weapons and smuggle rhino horn. Meanwhile, he has been linked to Dumisani Moyo, one of the country’s most notorious poaching ringleaders and a man accused of being the “principal sponsor” of poaching in Zimbabwe and Botswana. Believed to be on the run in Zambia, Moyo has been linked to elephant poaching, ivory smuggling and “dozens of rhino killings” over the past decade. Interpol has issued an international “red notice” calling for his arrest.

Mugwira is now facing trial, and Zimbabwe does have stringent legislation to protect its wild fauna and flora. But the application of these laws has typically been uneven and police, prosecutors and magistrates are easily bribed.  In December 2015, for example, Tawenga Machona – one of Mugwira’s co-accused and a man described as a “hardcore” poacher with “decades of poaching activity” – was found guilty in a separate trial of killing two rhino and sentenced to 35 years in prison. However, the court suspended 15 years of the sentence on the condition he pays $480,000 – the value of the rhinos – to the conservancy.

The extent of the allegations against Mugwira may be particularly wide-ranging, but the involvement of the CIO in poaching appears to extend beyond a smattering of rogue agents. According to conservationists, there is evidence that corrupt game scouts and poachers have regularly sold horns and tusks to CIO operatives.

“The CIO told them what price they were willing to pay and warned them that if they didn’t accept it and tried to sell the horns elsewhere, they would be arrested,” said one conservationist on condition of anonymity.

“When poachers started reading about rhino horn being worth its weight in gold, they got pissed off about that and it had the perversely beneficial effect of causing disputes in the ranks. Some simply gave up, not prepared to be screwed over by CIO and government officials. Others tried to get their horns out via South Africa and Zambia.”

Over the past decade, over 6,000 rhinos have been killed by poachers across several African range states – and things are getting worse. In the early stages of the crisis in 2008, 262 rhinos were killed. By 2015, that number had risen more than fivefold to 1,342.

South Africa, which is home to 79% of the continent’s remaining rhinos, has borne the brunt of this killing, but Zimbabwe has also experienced a worrying rise in poaching. In 2014, 20 rhinos were killed; in 2015, the figure was 51.

The upsurge in poaching in Zimbabwe has complex roots, including continuing political instability, a foundering economy, and widespread corruption. The ruling ZANU-PF’s policies have also exacerbated the issue.

For instance, as part of the “fast-track” land reform programme, the government encouraged local subsistence farmers to invade wildlife conservancies where rhino populations were being protected and rebuilt.

In 2011, senior ZANU-PF officials and military officers also seized key properties and land in the Savé Valley conservancy, an area once heralded as one of the world’s most notable conservation success stories. Ministers and local provincial leaders were controversially granted 25-year leases on the properties, justified on the basis of “wildlife-based land reform” measures to empower indigenous black Zimbabweans.

Finally, the alleged involvement of the influential CIO, which has historically acted as a secret police for the presidency, adds to this mix of dynamics aggravating Zimbabwe’s poaching crisis.

With the right leadership, Zimbabwe’s wildlife could be used to reinvigorate community ownership, and the nationwide resource that has been pillaged for the profit by the central state could be protected.

But given the depth of problem – exemplified by the alleged links between poachers and the CIO – it seems this change of direction will require a fresh government. This may come about sooner rather than later given the challenges facing President Robert Mugabe at present. However, for the sake of the increasingly endangered rhino, time is of the essence. While a few groups continue to profit massively, the onslaught on wildlife and the environment in Zimbabwe is only worsening.

This article is edited and extracted from “Tipping Point – Transnational organised crime and the ‘war’ on poaching“, a report published in July 2016 by the Global Initiative Against Transnational Organised Crime.

Julian Rademeyer is an award-winning South African investigative journalist and senior research fellow with the Global Initiative Against Transnational Organised Crime. He is the author of the best-selling book, Killing for Profit – Exposing the illegal rhino horn trade.