Mozambique’s debt scandal: Impunity is the catch of the day

With crucial details about the $2 billion loans still secret, the people are paying the price for decisions made by elites and international banks. 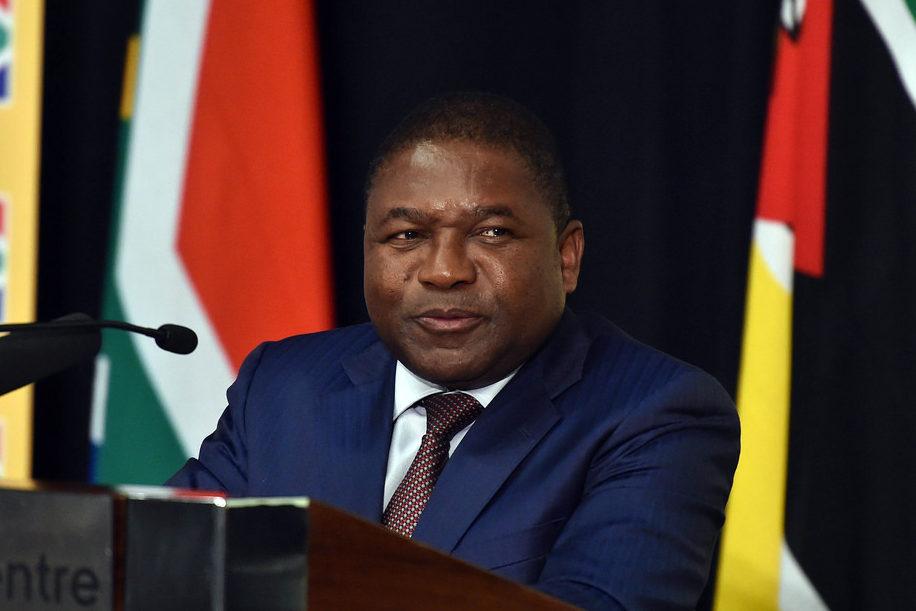 Mozambique’s President Filipe Nyusi is alleged to have been personally involved in the dubious loans. Credit: GCIS.

Growth has stagnated while inflation soars. Campaigners are calling for proper investigations into what they it see as high-level corruption. And this Monday, the Finance Ministry announced that the country will default on yet another Eurobond repayment.

There may be some hope around the visit of the International Monetary Fund (IMF) to discuss the results of an audit into previously undisclosed loans. But whether or not the international finance institution issues further demands before re-engaging, it will be a long time before Mozambique recovers.

Moreover, thanks to the mutual interests of the government and international banks, it is increasingly unlikely the full truth will emerge. Along Africa’s south-eastern coast, impunity seems to be the catch of the day.

Borrowing on a huge scale

The story of Mozambique’s debt scandal began in 2013, when the government began raising $2 billion for projects around tuna fishing and maritime security. That sum is equivalent to about one-third the national budget and violated debt commitments made to the IMF that same year. The loans were arranged by Switzerland’s Credit Suisse and Russia’s VTB Capital.

As part of the programme, the government set up three state-owned enterprises: Empresa Moçambicana de Atum (Ematum), ProIndicus and Mozambique Asset Management (MAM). It contracted the Middle Eastern shipbuilders Privinvest and others to provide a range of fishing and defence vessels.

These huge loans eventually caused sovereign debt to swell to unsustainable levels. In March 2016, struggling to meet its obligations, the government had to restructure the Ematum debt. This led ratings agency Standard & Poor’s to downgrade Mozambique’s credit rating, triggering a series of events that led to the disclosure of over $1 billion in previously undeclared loans.

It soon became apparent that the loan procurement process lacked parliamentary approval, had contravened the constitution, and violated budget laws. In April 2016, the IMF, alongside key donors, suspended its programme. This further constrained the government’s room for manoeuvre and damaged investor confidence.

The metical depreciated by over 40%, inflation swelled, and growth rates halved. Three defaults occurred in quick succession, including a sovereign default on a Eurobond in January 2017.

Stopping the tide of information

As one of the IMF’s conditions for restoring ties, Mozambique contracted the US firm Kroll to conduct an independent audit of the $2 billion debt. Its key findings were released this June and included the fact that $500 million remains unaccounted for. Another independent expert has claimed that the vehicles supplied by Privinvest, for which it invoiced $1.2 billion, are worth just $505 million.

“Privinvest has clearly done very well out of this deal, which it is now trying to replicate in Angola,” says Tom Bowker, editor of Mozambique’s Zitamar News. “Perhaps one of the more interesting things we can expect in the full [Kroll] report, if it is ever made public, is how Privinvest was involved in the financing deals from the outset.”

However, while investigations have uncovered some details of the loans, many facts remain unknown. Kroll’s 57-page report summary declares: “The main challenge in completing the independent audit was the lack of documentation available from the Mozambique companies. Kroll spent a considerable amount of time requesting and liaising with representatives of the Mozambique Companies to obtain documentation and information that was, in some cases, either incomplete or not provided at all.”

At the same time, the possibility of an investigation into the unconstitutionality of the process seems to have been circumvented. This April, Mozambique’s parliament, which is controlled by the ruling FRELIMO party, retrospectively endorsed the previously hidden borrowing. This was widely seen as a pre-emptive move by the government to exonerate itself from wrongdoing. Meanwhile, FRELIMO’s indications that it is willing to restructure the debt suggest an inquiry into the conditions that undermined the securing of the loans is unlikely.

Some suggest the government is particularly reluctant to allow scrutiny because of the personal involvement of President Filipe Nyusi who was Defence Minister at the time the loans were made. Allegations are especially sensitive ahead of the September party congress at which the party leader is selected.

“The best case scenario for Nyusi is if he can convince people he was an incompetent defence minister who was asleep on the job,” says Bowker. “That’s unlikely to wash, however. Nyusi will find it harder to distance himself from the scandal than will his predecessor, Armando Guebuza, who is thought to have been the ultimate mastermind but who seems to have managed to keep his hands clean”.

The ongoing lack of transparency over what exactly happened, and the widespread belief it involved high-level corruption, has galvanised civil society to contest the repayment of the loans.

For example, on 5 July, the Catholic Church criticised efforts to obstruct the audit and insisted that the debts should be written off, saying: “We cannot allow the Mozambican people to be held responsible for paying the debts contracted in their name illegally and unconstitutionally”.

The Jubilee Debt Campaign has also called for further investigations, especially into the role of international banks and their apparent lack of oversight.

“The odious debt comes from loans which were given in secret, without approval from Mozambique’s parliament, and with an apparent complete lack of adequate due diligence”, says Tim Jones, a senior policy and campaigns officer at the advocacy organisation.

Indeed, despite the $200 million that Credit Suisse and VTB earned in arranger and contractor fees, they reportedly failed to disclose to investors that the absence of parliamentary approval rendered the sovereign guarantees unconstitutional and illegal.

Furthermore, the Kroll audit found no evidence that sufficient assessments took place before the signing of the guarantees. Credit Suisse’s feasibility study was founded on the assumption that Mozambique could sell its tuna for three times as much as the Seychelles. Some of the exclusive fishing rights included in the project had already been awarded to a South African company. Moreover, the bank failed to notify investors of the Ematum debt of the lending package to Proindicus that they themselves had organised.

Credit Suisse and VTB maintain they have done nothing wrong, and it looks like the mutual interests of international banks and political elites will ensure that the full story of Mozambique debts remains below the surface. Despite acknowledging “information gaps”, the IMF has also welcomed the audit results.

As the boats in Maputo’s harbour rust and the population suffers under the impact of rising living costs, observers insist that lessons must be learnt from the debt scandal – on an international as well as national scale. The fact that such enormous loans could be raised despite countless irregularities should be the cause for some structural reforms.

As Bowker notes, “it’s important to set a precedent that banks shouldn’t get away with irresponsible lending to vanity projects in poor countries with weak institutions”.

Taking the UK as an example, Jones argues, “A law should be introduced that all loans to government by UK financial institutions, or made under UK law, have to be publicly disclosed when they are given, and abide by the law of the country concerned.”

If these rules were in place, it is possible that Mozambique’s people would not be the ones paying the price for decisions they had nothing to do with – irresponsible and unconstitutional decisions taken by political leaders and faraway international banks that remain in power and continue with business as usual.

Update [19/07/17]: The VTB press office contacted African Arguments with a statement seeking to clarify its position in which it said:

“The information on the amount of fees VTB received…is misleading. Regarding the loan to MAM, the economics, structure of the transaction, and over-all yield including the fees were in line with market pricing for a large underwritten bilateral financing in Sub-Saharan Africa and similar to the Eurobond issued by the Republic of Mozambique.”