The arrest then release of Colonel Rusatira is often held up as an example of false accusations against genocide suspects. But a new look at the evidence raises the possibility that justice was not served but obstructed. 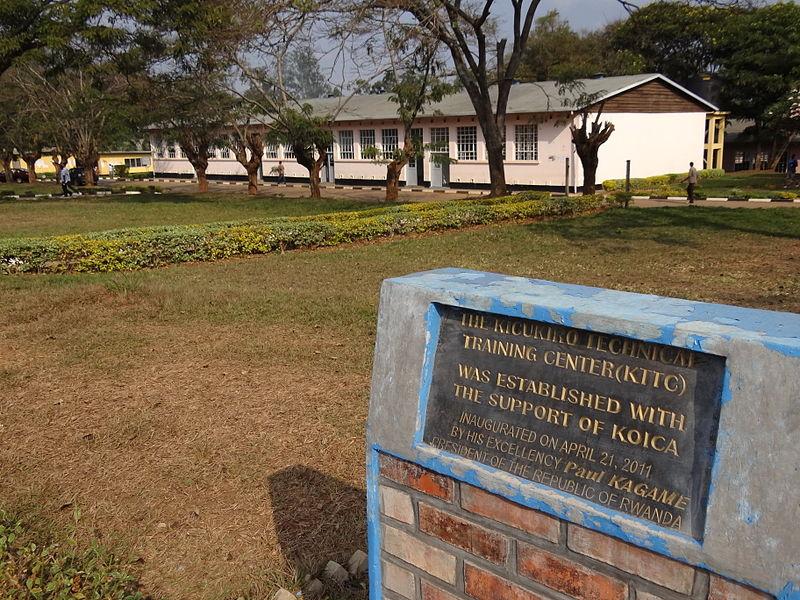 For the United Nations, the 1994 genocide against the Tutsi in Rwanda will always be remembered with shame as it failed to act and prevent the deaths of hundreds of thousands of people. But even within this embarrassing stain on the international body’s history, there are some moments which are even more woeful than others.

One of those is the massacre that took place at the Don Bosco Ecole Technique Officielle (ETO) in Kicukiro, on the outskirts of the capital Kigali. Just a few days into the genocide, thousands of Tutsis had sought refuge at the school because UN forces were stationed there. But on 11 April 1994, the peacekeepers abandoned the post to evacuate Westerners.

As they drove away at around 2pm, the blue helmets reportedly saw Hutu militia heading for the school in their rear view mirrors. Mass killing ensued. Some refugees escaped the initial onslaught, but were rounded up and marched to Nyanza hill a few miles out of town, where they were executed. Of an estimated 2,500 people who had gathered at ETO for protection, only a few hundred lived to tell the tale.

The International Criminal Tribunal for Rwanda (ICTR), which was set up in the wake of the genocide, identified several key suspects in the massacre. Some of those have been convicted, such as militia leader George Rutaganda in 1999. Others have been acquitted or remain at large.

Another suspect, Jean Claude Iyamuremye (aka “Nzinga”) is now awaiting trial in Rwanda after being extradited from The Netherlands in 2016. His deportation came despite a concerted campaign in his defence. Iyamuremye’s lawyers and friends encouraged church organisations, politicians and even local rights groups to join them in asserting his innocence. Media outlets published pieces backing his case. Meanwhile, a handful of scholars who focus on Africa – though not Rwanda – published an open letter calling Iyamuremye’s charges unfounded and politically-motivated.

The case is reminiscent of Colonel Leonidas Rusatira’s similar plight 15 years earlier. Rusatira was also accused of being involved in the ETO massacre and was arrested in Belgium in 2002. But his charges were dropped after campaigners – including several high-profile Rwanda scholars – advocated on his behalf. They claimed to have found an alibi for the former senior officer in the Rwandan Armed Forces and argued that his charges were politically-motivated.

Some are now suggesting that Iyamuremye is the victim of similar misinformation. Even Rusatira himself has said, “Isn’t Jean Claude Iyamuremye also a victim of false accusations?”

The so-called “Rusatira Affair” is these days invoked as an example of false accusations against an innocent man. However, a new look at the information that led to Rusatira’s initial charges and eventual release raises some serious questions.

Were his supporters too hasty and overzealous in defending him based on the information at hand?

Rusatira was a colonel in the Rwandan Armed Forces (FAR) that participated in the 1994 genocide. But he is also credited with rescuing several prominent Rwandans who were under threat. He was additionally among the first officers to publicly condemn the genocide after the Rwandan Patriotic Front (RPF) conquered Kigali in July 1994.

To some, this marks Rusatira out as a hero. When he was arrested in 2002, many rushed to his defence.

One of those was French journalist Thierry Cruvellier, who raised questions about the evidence against the former soldier. Amongst other things, he claimed that the ICTR charged Rusatira only after seeing a 2001 report about the ETO massacre by the advocacy group African Rights. Cruvellier suggested that the NGO was close to the Rwandan government, which might have ulterior motives for wanting to charge Rusatira.

Cruvellier’s protest was soon joined by three well-known scholars: Filip Reyntjens, André Guichaoua and Alison Des Forges. They carried out an investigation and claimed that Rusatira had an alibi. At the time of the ETO massacre, he had been rescuing the family of Alexis Kanyarengwe, chair of the RPF.

Amidst a demonstration in Brussels by Rwandan diaspora, a media campaign in support of Rusatira, and the scholars’ protests, the Belgian Justice Minister refused to extradite the suspect. Carla Del Ponte, the ICTR’s chief prosecutor, travelled to Belgium to resolve the matter. There, she reportedly had a “vociferous showdown” with Reyntjens.

Two weeks later, Del Ponte withdrew the indictment against Rusatira on the basis of “insufficient evidence”. The whole affair became seen as a cautionary tale about the Rwandan government’s influence over the ICTR and the Court’s ability to make wayward accusations.

We may never know Rusatira’s actions on 11 April for certain, but one thing that becomes apparent by looking more closely at the information available is that the evidence his defenders put forward to assert his innocence is not airtight.

Take the alibi. It was claimed that Rusatira could not have been near ETO during the hours of the massacre. But other evidence brings this assertion into question.

For example, during the trial of Theoneste Bagosora, an 18-page testimony that had been signed by Rusatira on 4 March 1999 was submitted. In the statement, which was compiled from interviews with ICTR investigators in Brussels, Rusatira claims that he went to Kicukiro twice on 11 April 1994: once in the morning; and once at 2pm, the estimated time of the massacre.

Other statements also contribute to a timeline that suggests he was in fact at the ETO at time of the killings.

In a letter to Del Ponte in 2001, Rusatira repeats his account that he paid two visits to Kicukiro on 11 April. The first, as his previous statement suggests, was in the morning. The Chief of Staff of the Gendarmerie, writing to Des Forges, says he received a call from Rusatira that day after the colonel returned to Kigali from Kicukiro. He says this was in the late morning.

Rusatira’s correspondence with Del Ponte says he then visited Kicukiro a second time in order to “catch up with [the UN force] UNAMIR”, which was stationed in ETO. He says that after this second visit, he sought out a place of refuge for the Kanyarengwe family.

UNAMIR’s logbook confirms that Rusatira contacted them by radio that afternoon to request that peacekeepers take the Kanyarengwe family to the RPF-controlled zone. According to Cruvellier, this call was made between 3:30pm and 4pm.

According to this timeline, there is a gap of four to five hours between Rusatira´s two calls from Kigali. This suggests he could have been at the ETO at the time of the massacre. This would be both consistent with the accounts from survivors, who say they saw him there, and with Rusatira’s own claim that he was there around 2pm.

In his statement that came to light in the Bagosora trial, he recalls: “As I approached ETO from the main road, I saw smoke in the neighbourhood and the refugees were no longer there. The Interahamwe [a Hutu militia], armed with bladed weapons were still in the neighbourhood. I therefore decided to go and see my mother near the ETO, whom I had left with some refugees, so that I could reassure them…I do not remember seeing FAR soldiers at ETO during this visit.”

One peculiar aspect of this testimony is that Rusatira does not mention seeing victims at the ETO or surrounding area. By contrast, witnesses who were evacuated from the school before it was attacked say the streets of Kicukiro were already littered with dead bodies when they left.

Inconsistencies in the narrative

Aside from the questionable alibi, there are also inconsistencies in the narrative around the allegedly false accusations against Rusatira.

For instance, the suggestion that African Rights influenced the ICTR is not chronologically consistent. Cruvellier wrote that after the NGO’s report in April 2001, “it takes less than a year to reach the office of Carla del Ponte”. In his book Court of Remorse, he repeats this causal link as he explains that the chief prosecutor signed the indictment on 21 February, 2002.

However, the date on the indictment is actually 21 February, 2001 – two months before the African Rights report was published.

Moreover, the group’s report differs from the ICTR indictment on several key issues. In fact, in a press statement of 29 August 2002, the organisation criticised the Court for ignoring its report and for failing to contact the survivors mentioned in it.

The allegations that Rusatira’s arrest was politically-motivated on the part of the Rwandan government can also be questioned. Following the genocide, the former colonel was haunted by accusations from survivors as well as threatened by former army colleagues who saw him as a traitor.

But according to UNAMIR Force Commander Guy Tousignant, Paul Kagame, who has effectively ruled Rwanda since 1994, “absolved him from any wrongdoing” and helped him to move out of the country.

Rusatira confirmed this six years later. Writing to Del Ponte, he said: “With permission from the Minister of Defence [Kagame], I went abroad, came back and left again after investigations at all levels.”

In the Rwandan governments’ official list of category-one genocide suspects published in 1996, Rusatira did not feature, suggesting he was not seen as an enemy of the government. It was only three years later, after he had been implicated during the trial of George Rutaganda, that Rusatira was added to the list of suspects.

When contacted, the scholars and journalists that pleaded Rusatira’s innocence did not seem aware of, or had overlooked, this evidence, but were uninterested in revisiting the issue. Del Ponte said the case was too long ago for her to remember the details.

Two African Rights researchers involved in the ETO report and two survivors contacted through a third party said they stand by their versions of events. The investigators, including the report’s chief author Rakiya Omaar, and the survivors say they were never contacted by those who defended Rusatira.

It is worrying that despite the many uncertainties, the Rusatira Affair and the narrative around it have come to be treated as fact and repeated as such by academics, experts and journalists. This became painfully clear during the extradition case of Iyamuremye when Rusatira’s experience was invoked to defend the suspect.

One journalist defending Iyamuremye slandered several ETO survivors in an article that the Dutch press council later reprimanded as being “untruthful and biased”. Meanwhile, academics, religious groups and politicians advocated on Iyamuremye’s behalf, repeating the account presented by his lawyers. They followed the path trodden by their activist predecessors in 2002 and similarly did not contact the survivors of the massacre.

The uncritical citing of controversial information ultimately begs the question of whether justice is not best served at the appropriate place: a court of law. No matter how noble their intentions, delivering justice is not the job of activists, scholars and journalists.

Photo of the Week: Africa Uprising