If Pham becomes Assistant Secretary of State for Africa, it would likely mark a shift in the tone and priorities of US-Africa relations. 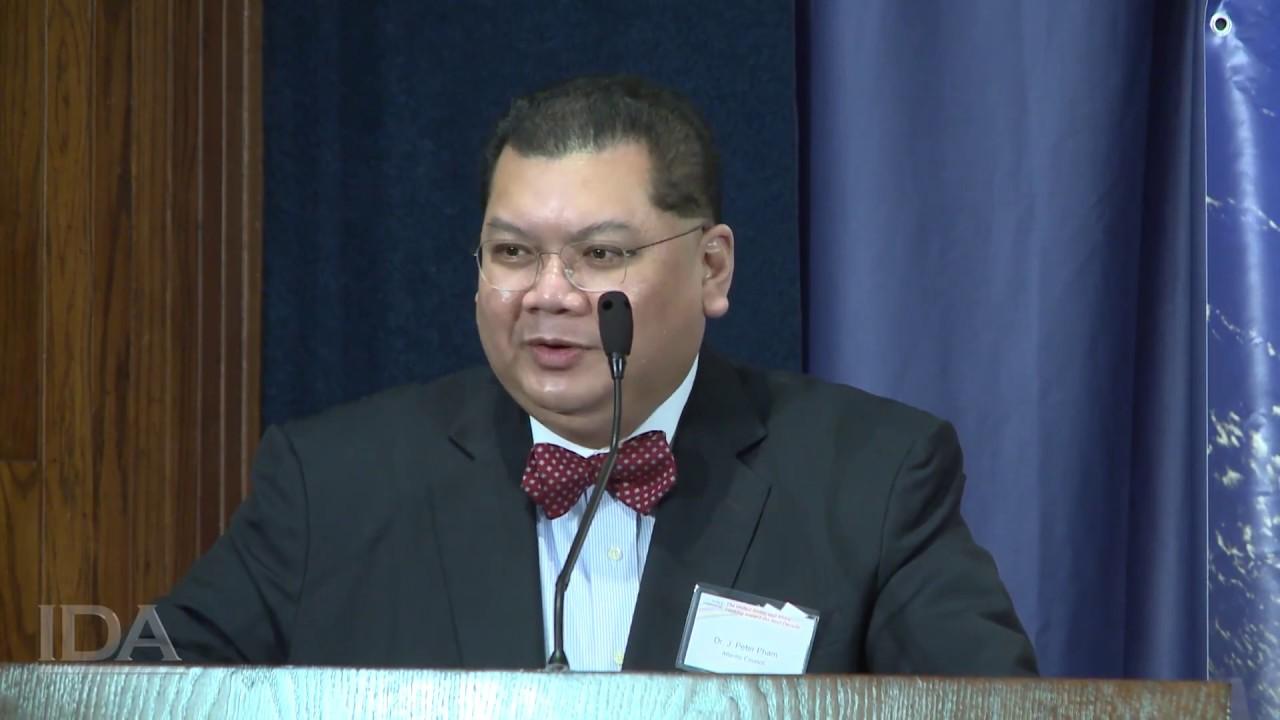 Insiders suggest that President Trump may soon put forward Peter Pham to be his Assistant Secretary of State for Africa.

If Donald Trump has a to-do list and Africa is on it, it must come a long way down. It is seemingly impossible to find anyone on his team that has an interest in the continent. And the crucial position of Assistant Secretary of State for Africa remains empty, though perhaps not for much longer. Over six months into his administration, there are growing noises suggesting the US president may finally be ready to put forward a name for the government’s top Africa post.

J. Peter Pham’s name has already been doing the rounds as the most likely candidate. He is director of the Atlantic Council’s Africa Centre and a prolific former academic with close links to the Republican Party.

A one-time Washington outsider who challenged the consensus on US-Africa relations, Pham has reportedly been trying to broaden his connections in departments whose staffs are more likely to lean Democrat than Republican. He is working hard to establish relationships with experts across the spectrum, trying to build a policy consensus.

Pham has written profusely on Africa and rejects the previous approach – espoused by Bill Clinton, George W. Bush and Barack Obama – that insisted democracy and human rights should be the cornerstone of US support. Instead, he argues that economic growth should take precedence, though he has recently emphasised security and good governance too. He urges US companies to grasp business opportunities on the continent.

This approach may suit Trump well, though if appointed, Pham will be hard-pressed in trying to work out exactly what his boss’ Africa policy is. Previous US presidents have typically talked the talk regarding respect for human rights, democratic accountability and a free civil society when it comes to Africa. But Trump is from a different planet.

His policy-light “America First” agenda, his incontinent outbursts, and his wilful ignorance about the world make it difficult to understand what he might want from the continent. The content of his phone calls to half a dozen African presidents meanwhile have not been made public.

Access to oil seems to be one of Trump’s priorities, so Angola, Equatorial Guinea and Nigeria may be important. Though less so their democratic and human rights records.

This uncertainty will mean that Pham’s job, if he gets it, will not be easy. In fact, the language of the current administration is reminiscent of America’s mood in the 1980s. At that time, a senior unnamed US official told historian Niall Ferguson: “The judicious study of discernible reality is not the way the world really works any more. We’re an empire now, and when we act we create our own reality.”

This sounds close to Trump’s dismissal of reality as “Fake News” and his programme of creating new realities.

The US has a number of large-scale projects in Africa. Its power to enhance or undermine national economies and governments remains immense.

Militarily, the US military command known as Africom has bases across the continent and engages in the training of soldiers, especially in the Sahel where Islamist militant groups operate. Tackling this security threat was a priority in Trump’s campaign. It has also been identified by Pham as an area of possible bipartisan support in which the US can forge ahead.

Another crucial programme in Africa is the President’s Emergency Plan for AIDS Relief (Pepfar) through which the US has spent billions each year since 2003. Started under Bush Jr. and extended by Obama, the programme today supports around 11.5 million people with life-saving antiretroviral medicines. The US government recently agreed to maintain current levels of spending in 2018 despite the White House’s attempts to cut it back.

The US also sees Africa as a source of raw materials and a trading partner. The African Growth and Opportunities Act (AGOA), first signed into law in 2000, provides a framework for this commerce and offers certain trade preferences for African countries. In 2016, US imports from sub-Saharan Africa under AGOA totalled $9.3 billion, 56% of which was petroleum products. In the opposite direction, Pham wants to create more demand for American products on the continent and believes that “advancing US economic interests in Africa will, and must be, driven primarily by the private sector”.

Pham says he wants Africa to take control of its destiny. But whether that means helping African states reach a mutually beneficial relationship with the US is not clear. He talks of “earned engagement” with the US, implying that African governments must first win America’s respect, or at least its favour.

He preaches stability and economic growth over democracy and human rights. And he insists that the US must correct its long-held and “overly optimistic notions of what African partners are capable of and willing to do”.

If Pham takes charge as many are expecting him to, it would likely mark a significant shift in the priorities and principles typically espoused by the US in dealing with Africa. The space for discussion and negotiation open to African governments would likely narrow even further. And under Pham, it seems policies would not be crafted alongside African leaders and their people, but unapologetically designed to fit the needs of Trump’s America. For the president, his appointment may make perfect sense.

Kenya: On the hopes and limits of ...