Zambia eroding: Four ongoing trends to be worried about

Many of Zambia’s structures and norms are being gradually undermined. 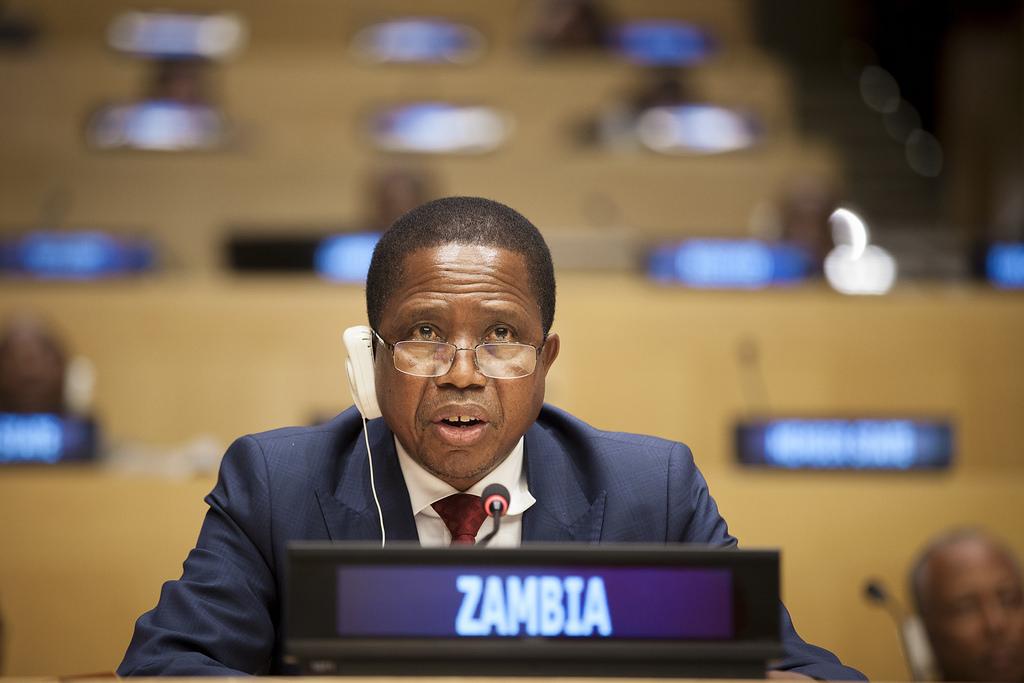 The release of Zambia’s main opposition leader in August was greeted by some observers as a sign that the country’s democratic spirit lives on. Zambia has long been considered a model of stability in a tumultuous region, and Hakainde Hichilema’s four-month detention could be seen as an anomaly that has now been dealt with.

[The real reasons Zambia’s opposition leader was released from jail]

But the reality is that it is too early to draw a sigh of relief.

Long before Hichilema’s arrest on charges of treason (and since), Zambia has seen many of the structures, mechanisms, and norms that serve to uphold peace gradually undermined. Politics has become more polarised and exclusionary, frustrations have grown, and violence has increased.

Here are four particularly worrying trends witnessed over the past three years.

1) Intolerance of opposition and criticism

Since 2014, the ruling Patriotic Front (PF) has demonstrated a growing intolerance of opposition and criticism, and has increasingly turned to the security apparatus to suppress it. With loyalists appointed to key positions, there has an uptick of police brutality, including the killing of an unarmed protester this April. The government has used the Public Order Act to limit protests and rallies, or at least give it an excuse to use force if its restrictions are not obeyed.

At the same time, the government has clamped down on the free and critical media. This has included the closure of the main independent newspaper, The Post, last year and the harassment of other media outlets such as The Mast, which replaced The Post.

Hichilema’s arrest in April was another example of this reduced tolerance. Charged for high treason for not giving way to the president’s motorcade, the leader of the opposition United Party for National Development (UPND) was facing 15 years in prison or even the death penalty before he was released.

Over the past few years, political rhetoric has also begun to change. Following independence in 1964, Zambia’s motto quickly became “One Zambia, One Nation”. This was part of a strategy to bridge divides across the country’s 73 ethnic groups and foster national unity.

Recently, however, the main political parties have been using more divisive language, including a new emphasis on tribal-regional divisions. This is partly demonstrated by the strong ties today between the Tonga and UPND, and Bemba and PF respectively, as well as the appointment of tribal representatives to key positions.

This shift challenges the long-standing tradition of cross-ethnic parties and could transform Zambia into a more divided society in which political elites increasingly depend on tribal distinctions to harness support.

Over the past few years, Zambia has seen very limited inter-party deliberation behind closed doors compared to previous eras. This mechanism is aimed at promoting inclusion of opposition parties, fostering compromise, and ensuring a degree of unity.

Such a meeting – between Hichilema and President Edgar Lungu – was part of the process that led to the former’s release, but it is worrying that it took almost a year from the August 2016 election before the two met for a formal discussion. This was in fact Lungu’s first official meeting with the opposition since he gained power at the start of 2015. This marks him out as unique in the history of Zambia since the re-introduction of multi-party politics in 1991.

Given that Hichilema and the UPND won nearly 48% of the vote in 2016, the lack of talks has contributed to the exclusion of large parts of Zambian society and threatened further polarisation of politics.

Added to this is the fact that the ability of civil society to serve as a broker in times of crises has also been reduced. The process of registering NGOs has been made more complex, and leaders of civil society organisations have been arrested and harassed. The churches in Zambia have long served as the backbone of civil society engagement, but the government has tried to discredit some, while recent reports suggest that others, predominantly Pentecostal ones, are being coopted and rewarded for speaking out in support of the ruling party.

Since 2011, the main political parties have – to a larger extent than in previous elections – begun to recruit cadres. These young people are often paid in food or alcohol to rally support or intimidate supporters of rival parties. This trend has coincided with an increase in youth unemployment.

The use of party cadres, particularly during the elections in 2015 and 2016, contributed to tensions and violence. These groups are officially tasked with promoting the major parties, but evidence indicates that they also engage in violence, looting, voter intimidation, and other illegal acts.

Sanctioned by the government, the political mobs supporting the ruling party are untouchable by law, and therefore not confronted by the police when committing crimes. According to reports by the Carter Centre, this has reduced the support for opposition parties as well as political participation in general.

Political cadres have also affected the political economy by being granted control over community institutions such as markets or gas stations. This awarding of control based on connections rather than merit is not only eroding democracy, but affecting the efficiency of basic societal functions.

Love Calissendorff, Johan Brosché and Kristine Höglund are researchers at the Department of Peace and Conflict Research, Uppsala University, Sweden.