From construction companies to pharmacies, businesses in Sudan are struggling as basic costs change by the day, if not the hour. 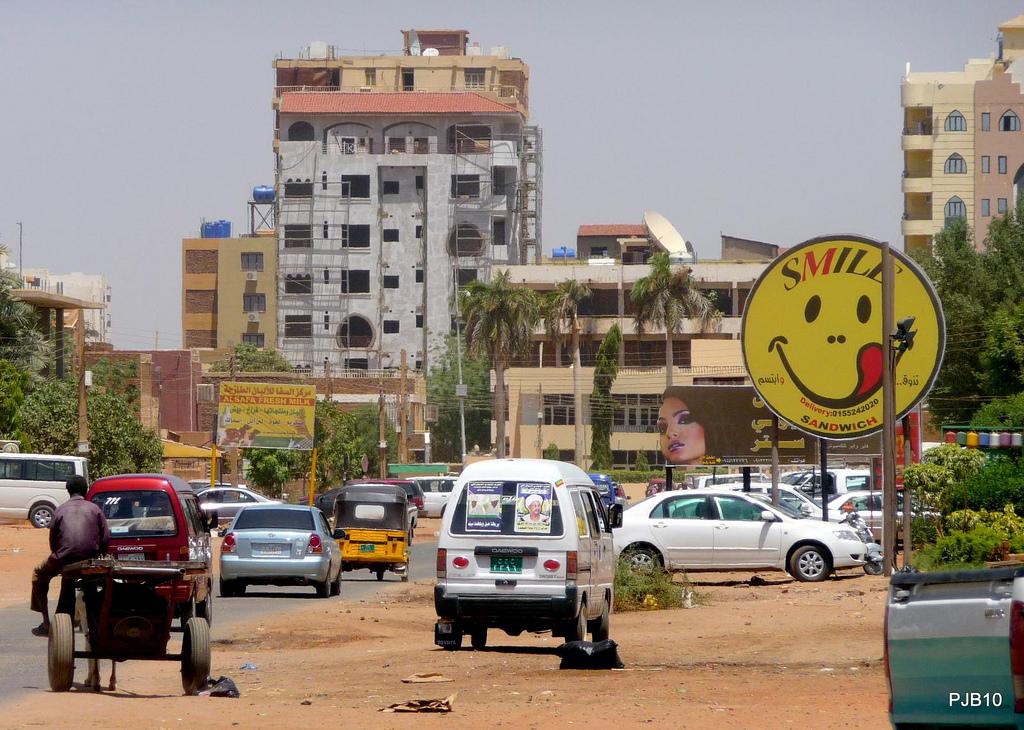 As part of her job, Saria* has to start her week by withdrawing money from the bank. But for the past month or so, she has struggled to get out the cash she needs.

“I went to the bank and at the counter I was told that I can withdraw 10,000 Sudanese pounds (SDG),” she says. “I filled in my slip accordingly.”

However, after waiting for over an hour, she was finally told that they could only give her half that sum. The fact she was taking out the money on behalf of her employer, a government body, did not make any difference.

Many others in Sudan have been having the same experience recently. In the first weeks of 2018, the Sudanese pound devalued rapidly, going from 32 SDG to the dollar to 44 SDG in just a few days. People rushed to withdraw their savings to purchase dollars or gold. The banks responded by quickly limiting the amount of money people could take out.

“Our safe is stacked with cash. There is no shortage,” says a branch manager on condition of anonymity. “But the Central Bank told us to prohibit clients from withdrawing large amounts of money…If they continue to use SDG to buy dollars and hard currency, [the Sudanese pound] will continue to be devalued.”

This unofficial measure may have had some effect, but despite it, Sudan’s official inflation rate in January soared to 52%. According to Steve Hanke, an economist at Johns Hopkins University, however, Sudan’s implied inflation based on black market rates was much higher at 122%, the world’s second highest after Venezuela.

This latest deterioration of Sudan’s national currency comes after at least seven years of economic turmoil. In 2011, South Sudan seceded, taking with it 75% of the former country’s vast and lucrative oil reserves. At the same time, conflicts in Southern Kordofan, Blue Nile and Darfur regions escalated, absorbing much of the government’s revenue, with 70% of the annual budget being directed towards security.

These factors undermined the country’s economy stability. However, some economists believe that responsibility for Sudan’s economic woes ultimately lies with the government in Khartoum.

Merghani Ibn Ouf, for instance, argues that the country’s non-oil sectors, which could generate hard currency if supported by the state, have long been neglected. “The production industry including farmers, factory owners and livestock businesses are over-taxed and they are basically harassed,” he says. “The important factor is that decisions made on the economy are political and not economic.”

According to Professor Hassan Ali Yousif, from Sudan’s Kassala University, the government simply lacked a plan when the oil revenues stopped flowing.

“I don’t know if there is a strategic economic plan that was put forward by the authorities before this economic crisis or even now,” he says. The economist notes that from 2012, the government removed subsidies on basic food items and increased taxes to help compensate for lost income. But this led to mass protests, which were then forcefully suppressed.

The government’s strategy of taking out large loans similarly backfired. To plug the shortfall from the loss of oil revenues, Sudan received billions of dollars from the likes of China and the Gulf states. By 2015, it had racked up $50 billion in loans, more than 60% of its GDP. However, as the economy continued to flounder, Khartoum struggled to pay these back.

“The solutions put forth were emergency plans and quick solutions,” says Yousif. “Now, our reputation is terrible. Because we don’t return any money, we can’t get more loans.”

At the same time, one industry that was thriving failed to bring in proportionate revenues due to fraud. In 2017, Sudan reportedly produced 93.4 tonnes of gold, yet only 28.9 tonnes was registered at the Central Bank of Sudan. Most of the rest was smuggled abroad and sold illegally in the likes of Dubai.

Sudan’s gold mines are owned by government officials or awarded to army and militia leaders as a way to buy their loyalty. In 2015, the government admitted that at least 90% of the industry is outside its control. One of the largest gold mining areas is controlled by Musa Hilal, a former leader in the Janjaweed militia. Hilal controls 400 gold mines in Jebel Amir earning him $54 million, according to a UN report.

“Gold, our key product, is smuggled to Chad, South Sudan, Egypt and Dubai and through the airport,” says Yousif. “Hard currency is not making its way to the country and there is a demand for hard currency and no official supply.”

“I am not sure how they are surviving”

Sudan’s soaring inflation has had direct effects on all kinds of activities and businesses. Pharmacies, for example, have struggled to buy medicines since October 2016, and the recent deterioration has only made things worse.

“We can’t buy medicine anymore because of the price hikes, and the medicine we do buy is too expensive for our customers”, says Najla Noorin, a pharmacist in Al-Daim, a working-class neighbourhood of Khartoum. “People are choosing whether to buy medicine or food…Pharmacies are in crisis. We will eventually have to shut down.”

Last month, Noorin took part in a peaceful women-led protest against the measures in the 2018 state budget that contributed to skyrocketing prices. She was arrested along with around 80 others who took part in similar demonstrations.

Construction companies have also taken a big hit as rising prices have made costing projects much more difficult, leading to several knock on effects.

“Right now, the prices change per hour and traders will sometimes not sell you what you need and you have to buy it at the black market,” says Suzan, a projects manager at a major construction company in Khartoum. She estimates that 90% of construction companies stopped working in January due to these unpredictable price hikes.

“Five major projects we are handling are on pause and the labour we used to employ keep coming to ask for work for any price we can offer and we can’t offer them anything,” she adds. “I’m not sure how they’re surviving.”

Meanwhile, even in upscale neighbourhoods, people are feeling the effects. Isis, a coffee shop and cultural space in Khartoum East, for instance, is facing serious troubles as it enters its second year.

“We buy our products every three months, but now wholesalers have stopped selling in wholesale because the prices are constantly increasing,” says owner Weam Shawgi. “We have to make a decision to either increase our prices, which means that coffee could become a luxury, or decrease our profit margin.”

*some names have been changed

No one knows what’ll happen in DR ...