The need for think tanks’ well-evidenced research is greater than ever today, but many are fighting – some to get heard, others just to survive. 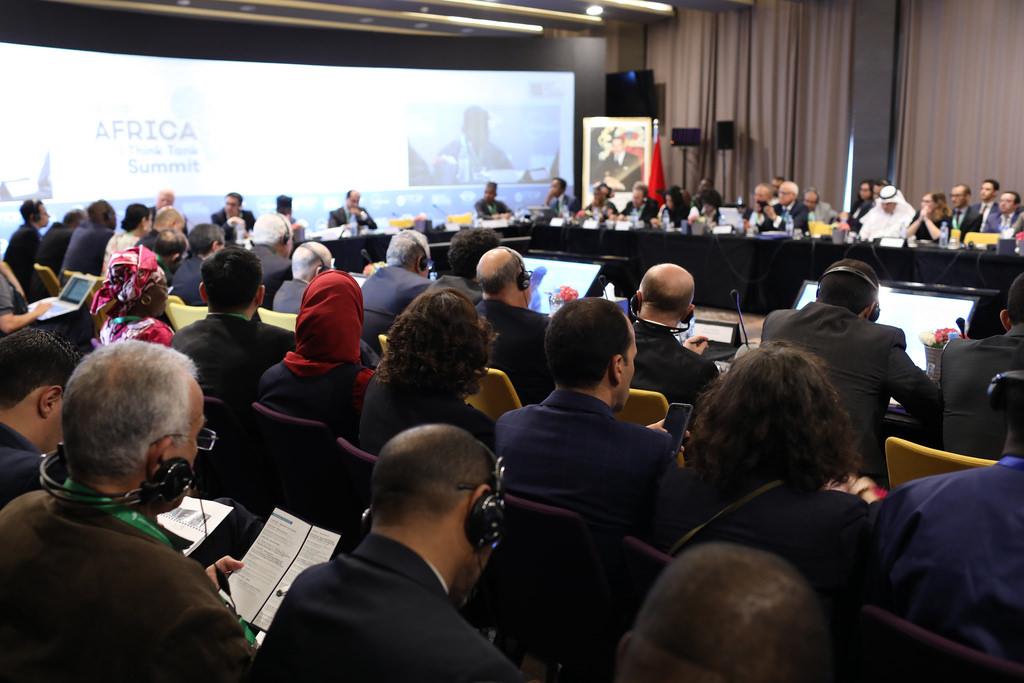 In May 2018, African think tanks discussed common challenges at a conference organised by the OCP Policy Center and TTCSP. Credit: OCP.

Today’s world can be a lonely place for experts. Political elites claim the public has heard enough from them. Their unsexy findings end up coughing dust in the wake of fleet-footed mis- and dis-information. And as they periodically enter the light to alert the world of new evidence, they are reminded that knowledge – even at its most methodologically-dazzling – is not, in fact, power.

The potential for expert loneliness is perhaps most keenly felt by those in think tanks. These independent policy-based research bodies exist to have impact. Their researchers seek knowledge not for its own sake, but to change the direction of the world around them, to affect decisions in the here and now. But, as they ask themselves on rainy days, why should anyone listen to them? Or trust them? Or fund them?

In Africa, think tanks only began to emerge two or three decades ago, but there are now hundreds scattered across the continent focusing on all range of issues from agriculture to public debt to democratisation. Some have instigated real change. Many others have fallen by the wayside.

These organisations differ vastly in their focuses, size and structures. But in navigating today’s fast-changing world, they face certain common challenges in trying to seek influence, be useful to society, and survive. Here are some of the main ones:

Most think tanks struggle to get sustainable and reliable sources of income. Some rely on support from the government or private sector, but many must bid for international funding. This can be a crowded and competitive market. Moreover, Western donors’ are usually reluctant to put money towards core costs, while their priorities shift every few years, making long-term planning difficult.

“Your horizon as a think tank cannot be more than one or two years,” says Awad al-Baraasi, chair of the Libyan Organisation of Policies and Strategies and former deputy Prime Minister. “After that you have to talk to sponsors and donors to support you and you have to convince them again”.

As international financiers have changed their priorities in recent years, the overall pool of resources available to think tanks also seems to have diminished. Jalal Abdel-Latif, head of Governance and Human Security at the UN Economic Commission for Africa, recognises the additional difficulties this has brought, but insists the onus is on think tanks to reassert why they deserve funding.

“There is $20 billion in aid available for non-state actors in Africa, but you are telling me there’s a problem in financing think tanks,” he says, speaking in his own capacity. “Is that because they are losing their relevancy? Is that because people are asking do we really need them?”

Making a demonstrable impact is one way to prove think tanks are needed in today’s society. After all, this is what they exist to do, what their rigorous research is for.

Organisations go about this challenge in different ways. Some have direct lines to decision-makers, but others must fight to get heard by unresponsive, and often distrustful, politicians. Simply coming up with well-researched proposals is not enough. “I’m not convinced that African governments are driven by evidence-based policy research,” says Abdel-Latif.

That means think tanks are required to communicate in sensitive and clever ways. According to Idayat Hassan, director of the Centre for Democracy and Development, involving officials in your plans and reassuring them that you are working with, not against, them is key. “It is when you say something that does not favour the government that they question you,” she says. “We must all see ourselves as partners in progress and realise that nobody is trying to trash the other.”

She also emphasises the importance of disseminating findings to the broader public. They are think tanks’ ultimate beneficiaries, she says, and an informed citizenry can drive development from below. Al-Baraasi echoes this. “It is difficult to convince politicians so we also use public awareness, which puts pressure,” he says. “Using social media, creating infographics, showing videos – this makes people start asking questions.”

Tigist Yeshiwas Engdaw, assistant professor at the Institute for Peace and Security Studies, adds another approach that can make it easier for officials to listen. “Come up with workable and practical solutions that can be enacted,” she says. “Otherwise people are suffering and in the name of the poor, you’re collecting money from your fat salary, but on the ground there’s no change. You’re just doing report after report, going to meeting after meeting.”

To make a positive impact, think tanks need integrity and credibility. But in highly politicised environments, these can be tough to maintain. Governments may try to co-opt researchers or use more forceful methods to mute unwelcome messages. Meanwhile, in polarised settings, think tanks often find themselves brandished simplistically as either pro- or anti-government.

To navigate this minefield, think tanks can reassure politicians behind the scenes or work on their public image by being as transparent and accountable as possible. Forging partnerships with other trustworthy organisations and building relationships with broader communities can also be crucial.

These can all help build credibility. However, according to Engdaw, there is ultimately only one guaranteed way to maintain integrity in the long-term: do your job. Keep producing original and high quality work that stands up to scrutiny.

“There’s a lot of mistrust around think tanks,” she says. “But if you stand for truth, dig for truth, it will come out after a matter of time. Doing this can have a cost. Some think tanks may be subject to prison or labelled as anti-government, but eventually the truth always wins.”

In a fast-changing world, think tanks need to be ready not just for today but tomorrow. They need to move with the times, which has arguably been one of their weaknesses. This may be difficult as think tanks’ methods of research and dissemination are typically old school. However, their autonomy and size does allow them to be innovative and nimble in seizing opportunities.

At the moment, for example, think tanks’ wells of research could be an antidote to fake news, but only if they can find ways to deploy them quickly and reactively. Their unrivalled experience and knowledge should mean they benefit most from new forms of technology, but only if they embrace them where appropriate rather than resisting then limping behind them.

In fact, the need and opportunities for think tanks in Africa today are not only clear but growing. As independent media comes under increasing fire, governments recruit the services of opaque international PR firms, and dubious information darts effortless around world, the environment is ripe for independent, experienced and credible experts to force themselves back into fashion.

“Who’s going to tell the people or international community what’s really going on?” asks Al-Baraasi. “The politicians will tell you everything’s fine, but think tanks have a responsibility to talk about the reality.”

Hassan adds: “In this new era of dis- and mis-information, there are no better partners to work with than us.”

Think tanks know their own value. The challenge is convincing everyone else.