Were Zimbabwe’s elections free, fair and credible? The final scoresheet.

Before the elections, we identified six make or break conditions that would determine the credibility of the vote. How many were met? 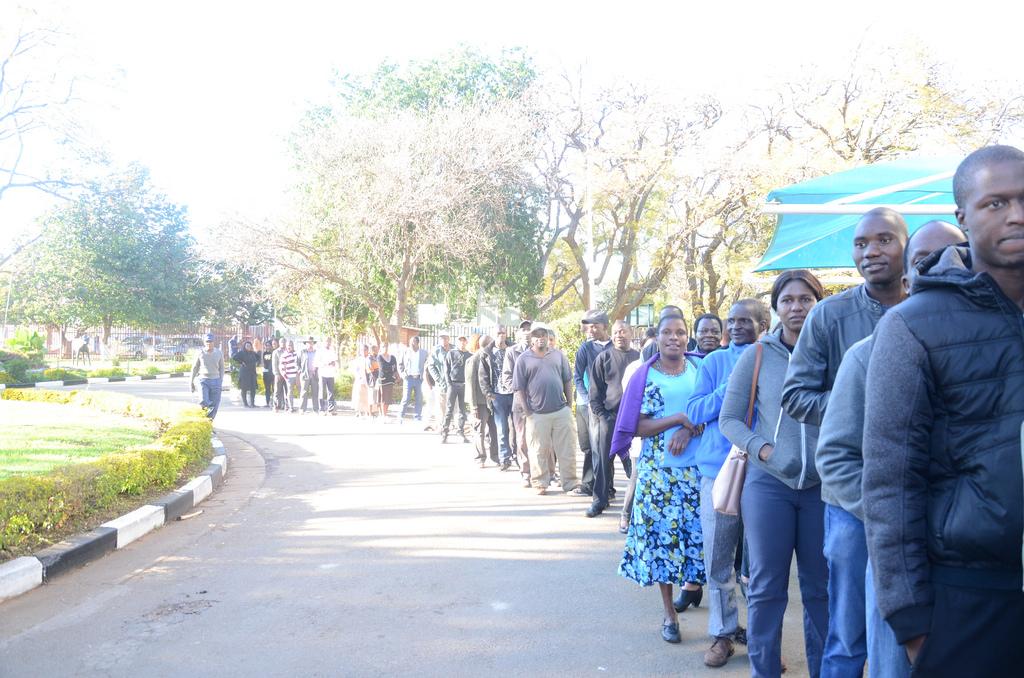 This week, Zimbabwe’s Constitutional Court will rule on the credibility of the July elections that officially saw President Emmerson Mnangagwa re-elected. The opposition Movement for Democratic Change (MDC) alleges that the poll was marred by “gross mathematical errors” and says the vote should either be re-run or its candidate, Nelson Chamisa, declared the true victor.

The MDC’s petition against the presidential vote contains several claims of electoral bias, but the ruling is likely to centre on the events of polling day. A lawyer for the opposition cited the vote’s “mathematical and statistical irregularities”, while the appeal reportedly argues that “the entire process of collating, verifying and counting the presidential ballots was done under a cloud of secrecy”.

Given the historical lack of independence in Zimbabwe’s courts, most expect the judges to rubber stamp the results later this week. They may raise some concerns about the process, but argue that these irregularities were insufficient to change the final outcome.

[Zimbabwe: Why Chamisa should change his mind about the boycott]

We may never know what really happened on 30 July. We may never know if and how different parties’ actions manipulated the final tallies. But, perhaps paradoxically, the bigger question at the heart of this may be much easier to answer: Were the elections credible?

In June, more than six weeks before the elections, I examined six make or break issues that would determine whether or not the vote would be free and fair, issues that would not just affect the events of voting day itself but the wider campaign. By revisiting them now and seeing whether they were dealt with appropriately, we can assess the true credibility of the process as a whole.

1) Opening up the voters’ roll for scrutiny

A clean and transparent voter register was always the single most important pre-condition for a credible election. In previous Zimbabwean elections, the roll had been the source of much controversy, so this was an opportunity for the Zimbabwe Electoral Commission (ZEC) to demonstrate things would be different this time around.

It started well by embarking on a biometric voter system, but it went downhill from there. ZEC was required by law to share a register for key stakeholders to verify, but only released incomplete versions and with missing details. This roll revealed shocking anomalies such as duplicate registrations, names of dead people, excessive numbers of people registered at one address, and more. Analysts raised these concerns and asked for the final register so it could be audited, but their requests were dismissed with disdain.

There were also allegations that ZEC allowed the ruling ZANU-PF party access to the voter’s roll to extract the mobile phone numbers of voters. Moreover, in the run-up to the vote, ZEC seemed to be using a different roll to the one it had shared.

Verdict: ZEC failed – in many ways on many fronts – to ensure a clean, verified, transparent voters roll.

2) Breaking the secrecy around the ballot papers

The sanctity of ballot papers is crucial for fair elections. And, as such, it is essential that there is transparency around the printing process, the design, and the security of the papers. Parties and voters must be assured election materials are protected from manipulation before and after voting.

Ahead of 30 July, observers raised concerns about this and were vindicated. The printing process was opaque, while the design of the ballot paper broke electoral law by splitting the 23 candidates into two columns instead of one, with President Emmerson Mnangagwa at the very top of second.

After voting, there were widespread allegations of irregularities in the counting, posting and transmitting of the ballot papers and results. There is much speculation around this process and the reasons for ZEC’s four-day delay in announcing the outcome of the presidential election. The credibility of the process has further been brought into question by the commission adjusting the results two weeks later to reduce Mnangagwa’s tally from 50.8% to 50.59%.

These issues will form a key part of the opposition’s legal challenge.

Verdict: ZEC ensured the ballot printing process was opaque and broke electoral law in its design. The counting process was undoubtedly flawed, though only the officials involved know the extent of these irregularities.

3) Showing the ZEC is independent

ZEC’s started the election season with a tattered reputation given its failure to ensure free and fair elections in the past. But Zimbabweans were told that the country’s first elections without Robert Mugabe would be different. ZEC vowed to win the trust and confidence of voters.

If it tried, it did not try very hard. As detailed above, it failed to be impartial and open in its key responsibilities. Meanwhile, it barely attempted to mask its intransigent attitude. When questioned or criticised, ZEC officials responded arrogantly and dismissively. It did not try to build popular trust and failed to answer allegations that it was biased towards the ruling party and heavily staffed by former ZANU-PF and military personnel. Photos even emerged of ZEC chair Priscilla Chigumba wearing the ZANU-PF scarf synonymous with President Mnangagwa. It perhaps did not help its image that the ruling party was ZEC’s strongest defender.

Verdict: In both word and deed, ZEC failed to demonstrate its independence and barely tried to build trust.

The government promised elections in an environment respectful of human rights. To ensure this, it could have repealed draconian laws that have been used in the past to silence dissent and suppress the opposition. It did not do this, but the conditions around the campaigns were much more open than previously. To its credit, the government did not strictly enforce its repressive laws and allowed candidates to move freely through the country.

However, ZANU-PF’s capacity to switch back to its violent ways was seen clearly as the country awaited the announcement of results. Feeling its rule might be under threat, state security forces broke up an opposition protest violently, killing six people.

Verdict: The government did not remove repressive laws, but it did allow a more politically open election campaign than any previously – at least before the vote.

5) Ensuring the military backs off

The military has always been heavily involved in Zimbabwe’s politics and closely allied with ZANU-PF. It has previously engaged in election violence and its officials have claimed that it would not accept any other party in power. In November 2017, the army demonstrated its ongoing muscle and interest in politics as it forced Mugabe to step down. He was replaced by Mnangagwa, a close ally of the army, who brought several former generals into his cabinet.

Many Zimbabweans were therefore understandably concerned about what role the military might play in 2018 and were perturbed by reports that soldiers had been deployed in rural areas where they engaged in subtle forms of intimidation. Despite the evidence, the Zimbabwe Defence Forces denied these claims and warned reporters against publishing falsehoods.

The role of the military after the vote was blunter and more overt. They fired on protesters and reportedly engaged in further crackdowns of opposition voters involving beatings, abductions and torture, though the army denied it.

Verdict: Rather than backing off, the military was closely involved in the election. There were several reports of intimidation before the vote and violent repression after it.

6) Balanced coverage from the state media

Zimbabwe’s state media was required to offer balanced coverage of the different campaigns. It did not. Not only did the main opposition MDC’s campaign get a tiny fraction of the airtime devoted to ZANU-PF candidates, it was covered in a clearly biased manner. As international observers noted, the state media was not impartial and essentially acted as the ruling party’s mouthpiece.

Verdict: State media clearly favoured ZANU-PF. It barely covered the MDC and did so in disparaging ways when it did.

In determining the credibility of the July elections, the Constitutional Court’s ruling later this week is likely to focus on the events of Voting Day, which went smoothly. It will also examine the integrity of the counting process, the true details of which may remain a mystery forever.

However, Zimbabweans knew long ago what was needed for the election to be free and fair. Well before campaigning even began, it was clear that the above six issues needed to be addressed. If they were, the election and the results would be credible. Regardless of what the court rules this week, we can now see that none of the conditions were met.

Siphosami Malunga is the Executive Director of the Open Society Initiative for Southern Africa (OSISA).