When international NGOs try to “help” local ones and fail

From assuming superiority to stealing ideas, international NGOs can do more harm than good when partnering with local ones. But there are fixes. 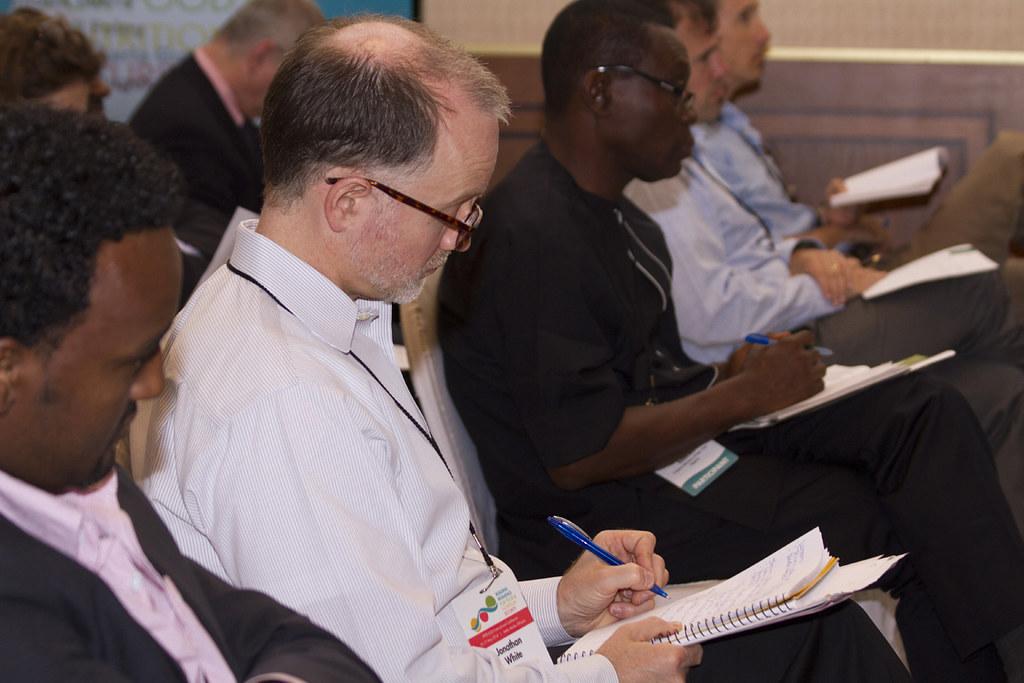 There is great potential for international non-governmental organisations (INGOs) to support local civil society, but this is not being realised. Credit: IFPRI.

In the field of international development, there is a particular form of collaboration whereby international NGOs partner with local civil society organisations to give them funding and technical support. The idea behind it is that local organisations should be getting international donor support, but are unable to manage these funds themselves. International partners are therefore drafted in to build local partners’ capacity.

In principle, there is great potential for this kind of arrangement. But unfortunately, the current structures and systems through which these partnerships are conducted tend to benefit international NGOs while letting down local ones. How else could we explain how decades of these capacity-strengthening projects have had little or no results?

From counterproductive attitudes to the outright stealing of ideas, here are four particular challenges in the existing ways in which international NGOs partner with local ones in order to “help” them.

Firstly, many staff in INGOs have damaging negative attitudes towards their local partners and believe they are superior because they hold the funding. It is difficult to find partnerships between international and local organisations that demonstrate the equal respect that is warranted. International partners are always quick to take credit for the successes of their local partners, yet ready to put all the blame on those same partners when there are failures.

Secondly, INGOs frequently focus on donor compliance – i.e. conforming to all the relevant standards and policies – over actual impact. Compliance is important, of course, but not more important than the positive intended impact of the work in the first place.

If an international partner is receiving funding from a donor, which it then awards as a sub-grant to a local organisation, it should understand that some of the value it adds is on taking on some responsibility and mitigating risk. Otherwise, what is the role of the intermediary NGO? Why wouldn’t the donor directly fund the local civil society organisation? Yet I have seen INGOs make their partners go through levels of financial scrutiny such as monthly audits that they wouldn’t be able to handle themselves. It often looks to me as if some international staff impose burdensome requirements on local organisations in order to reinforce their own sense of value in the funding chain rather than to ensure a positive impact.

Thirdly, INGOs often presume that all their partners should look like them – i.e. follow a Western model or structure. But civil society organisations should look and sound different! A social movement, youth association, union, women’s cooperative or coalition won’t all look the same and may not be structured like a Western NGO, but that doesn’t devalue their impact. At its foundation, civil society is supposed to be a way of organising people in society. This means that many groups aren’t and perhaps shouldn’t be formal organisations with the associated structures. Yet many INGOs continue to want to “NGOise civil society” without understanding the harm they are doing in the process.

Finally, the blunder that is perhaps most frustrating is when INGOs end up competing with their local counterparts. Instead of building up civil society, they intrude on their space. I have witnessed INGOs shamelessly copy the ideas of local organisations and use their own considerable resources to duplicate and upstage others’ efforts. They usually miss the mark, however, because they lack the local connection and understanding.

The good news is that it is not difficult to start remedying some of these ills.

To begin with, 360-degree feedback surveys can allow both international and local partners to evaluate their relationship and suggest ways to improve. This can help check that INGOs’ policies are actually being implemented and ensure their staff have positive supportive attitudes. Additionally, holding regular dialogues between the partners can build understanding and help INGOs support their local partners in their journey to influence change.

International donors also have a role to play. They should ensure they are working with INGOs that are fully implementing good policies and approaches to their local partnerships. Donors should have their own policies on supporting civil society such as Norad’s Support to Civil Society Guiding Principles. There should also be an increased effort to support more local civil society organisations directly.

Finally, local organisations must try to stand firm to their mission and principles and avoid being confused by those allocating funding. It is important they move away from over-dependence on donor funding, which is not sustainable and can distort their identity over time. Local civil society organisations shouldn’t rush to share their ideas with INGOs unless they have a long-term partnership and good relationship based on mutual trust and respect.  Their ideas and contextual knowledge are a big part of their value and they shouldn’t always give them away for free.

In recent years, we have seen a global awakening as citizens push back against the shrinking of civic space. International donors and NGOs have attempted to empower these efforts with their support to local organisations, but there needs to be an urgent rethink from all three of these actors on how this important work is being conducted. Above are just a few suggestions for how we can work with genuine solidarity and correct some of the bad practices that are currently holding us all back from a more just and peaceful world.

Michelle D’Arcy has spent over 15 years working for various INGOs in East Africa, largely in South Sudan focusing on strengthening and supporting the capacities of the local church and civil society actors.