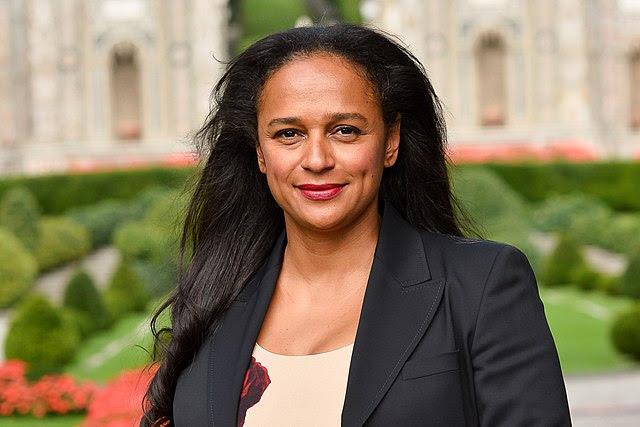 The essentials: A massive leak of 715,000 documents to the Platform to Protect Whistleblowers in Africa led to a massive investigative journalism effort coordinated by the International Consortium of Investigative Journalists into the provenance of the wealth of Isabel dos Santos, billionaire daughter of former Angolan President José Eduardo dos Santos, and her husband, the Congolese art collector and businessman Sindika Dokolo. The investigation details two decades worth of business deals, more than 400 companies in 41 countries linked to the couple, including 94 in tax havens and secrecy jurisdictions, as well as the complicity of global consulting companies in allowing Isabel dos Santos build an empire on ill-gotten gains and insider dealings.

The context: Isabel dos Santos is Africa’s richest woman at an estimated net worth of $2.1 billion. She has a stake in or controls dozens of businesses that employ thousands in Angola and Portugal. She is probably the most economically powerful private sector actor in Angola.

While dos Santos always claimed that hers is a self-made success story, allegations that her business empire is built on nepotism and corruption have surrounded her for years. The #LuandaLeaks investigation now backs up most of these claims. Based on business records, private emails and contracts, the documents detail decades worth of deals both illegal and immoral, ranging from contracts and tenders awarded to Isabel’s companies by her father during his 35 years as president of Angola to blatant self-dealing during her time at the helm of Sonangol, Angola’s state-owned oil giant.

An interesting aspect to the #LuandaLeaks is the level of detail they reveal regarding dos Santos’ support network. From her husband to personal lawyers and financial advisers and international consulting agencies like PwC and the Boston Consulting Group, she relied on a considerable number of actors to enable her to pilfer Angola of its wealth.

The good: This is maybe the most detailed and thorough look at the inner workings of one of the worst kleptocracies on the continent. It demonstrates both the mundane tactics and mechanics of white-collar crime and the damage it does to a society. It thoroughly shatters the image of the do-good self-made success story that Isabel dos Santos tried to create and also puts the spotlight on the international profiteers of corruption.

The bad: While certainly the uncrowned queen of nepotism in Angola, there is no doubt that Isabel dos Santos is only the tip of the iceberg of corruption in the oil-rich country. Angola’s current regime has been quick in using the revelations to bolster its legal case against the dos Santos family. But until now, it has not committed to investigate other corrupt practices, including by those still in power, with the same zeal.

The future: Further investigation and legal action will hopefully lead to the repatriation of at least some of the ill-gotten gains, as well as severe legal consequences for all those involved. Beyond the specific case of Isabel dos Santos, the #LuandaLeaks revelations will also hopefully increase the pressure on the international financial system to build up barriers to this kind of theft. A somewhat positive aspect of the story has been the increasing difficulty that dos Santos faced in moving her assets through international banks, leading her to rely more and more on banking institutions she controlled herself. That should show campaigners and activists the kind of actors to target with proposals for new regulations and transparency.