The special prosecutor has proposed a measure that could empower Ghana to truly tackle corruption. The public must make the government listen. 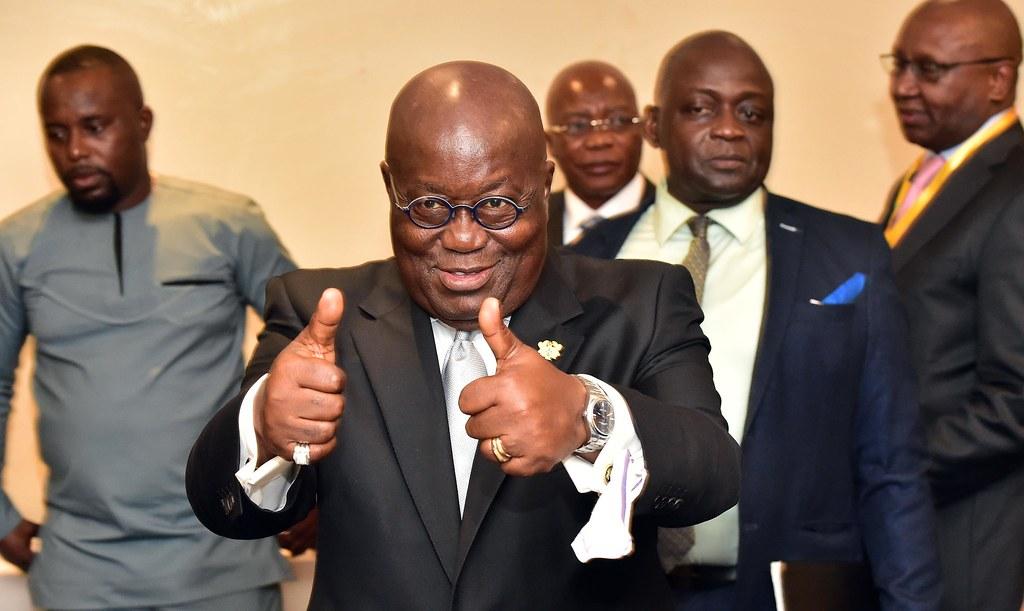 The public will likely have to pressure President Nana Akufo-Addo and the government to adopt a new bill on unexplained wealth orders. Credit: GCIS.

Despite being perceived to be one of Africa’s less corrupt nations, Ghana faces an uphill battle in the fight against graft. The country loses about $3 billion to corruption each year, while both its main political parties – the ruling New Patriotic Party (NPP) and opposition National Democratic Congress (NDC) – have been implicated in major scandals while in office. The country has long struggled to deal with high-level corruption.

A new measure proposed by Special Prosecutor Martin Amidu this January, however, could change the playing field. He called on Ghana to adopt Unexplained Wealth Orders (UWOs), a measure that would place the burden of proof on individuals to explain the sources of their wealth. Those who cannot do so satisfactorily would face prosecution.

First introduced in the UK under the 2017 Criminal Finances Act, UWOs are court orders that enable investigators to ask politically-exposed persons or individuals suspected of being involved in, or associated with, serious crime to explain how they acquired any assets worth over £50,000 ($65,000). If they are unable to prove they obtained them through legitimate sources, authorities can take steps to seize those assets.

UWOs in the UK have been used against Zamira Hajiyeva, the wife of former International Bank of Azerbaijan chairman Jahangir Hajiyev, who is in Azerbaijani jail for fraud and embezzlement. She was quizzed after spending £11.5 million ($15 million) on a London property and £10 million ($13 million) on a golf course. The UK also secured a UWO against a prominent businessman in Northern Ireland, who was required to reveal the source of funds behind his multi-million-pound “property empire”.

Ghanaian law contains some provisions similar to UWOs, but they lack effective enforcement mechanisms. Under Article 286 of the constitution, high-ranking public officials – such as the president, vice-president, MPs and ambassadors – must make written declarations of all their property and assets to the Auditor General. They must do this before taking office, at every four-year interval after that, and then again at the end of their term. Any assets which cannot be reasonably attributed to their income or other legitimate sources may be deemed to have been acquired in breach of the constitution.

To bolster this provision, Article 287 allows individuals to submit allegations to the Commission for Human Rights and Administrative Justice (CHRAJ), the main body charged with implementing the current law, if they believe public officers have failed to comply with this law.

In theory, these are powerful provisions. In practice, they have been rendered impotent by design.

To begin with, the CHRAJ can only take action if a citizen makes a report under Article 287. But as Auditor General Daniel Yao Domelevo has pointed out, members of the public do not have the information they would need to submit such allegations since officials are not required to declare their assets publicly. Instead, they submit documents in sealed envelopes that are only opened if a corruption investigation is launched.”How will the public know if they don’t even know what has been disclosed?” he asked. “What we are practising in Ghana is asset concealment and not asset declaration.”

In February 2018 and then again in November 2019, the CitizenGhana Movement (of which I am a member) wrote to the Auditor General urging him to provide us with copies of officials’ declarations. We believe we have the constitutional right to these, as affirmed by the bus branding case Lolan Sagoe Moses & Others vs Minister of Transport & Attorney General. Domelevo did not submit to our request, but on 31 December announced that an audit would be carried out to check which public officials had declared their assets.

A second major weakness in the current laws is that even if officials are singled out for non-compliance, the only penalty is an investigation and “appropriate action”. The CHRAJ lacks the power to independently bring criminal prosecutions. As such, public officials may escape punishment even after an investigation.

One way to fix the defects in Ghana’s current laws would be to pass a new UWO law modelled on the UK’s. Instead of waiting for officials to declare their assets and relying on citizens to report omissions, this legislation would empower the Special Prosecutor to actively issue orders against public officials suspected of holding ill-gotten gains. These individuals could be dragged to court where the burden would be on them to explain the origins of their assets. If they could not prove they derived from legitimate sources, the assets could be confiscated.

To pass an UWO bill into law, the Special Prosecutor would have to propose a draft bill to the Attorney General. He, in turn, would have to present it to parliament; this step, however, is far from guaranteed. In fact, it is would likely only happen under sufficient public pressure.

If Ghanaians wish to truly fight corruption therefore, we should support the Special Prosecutor’s efforts by creating this public pressure. Using the opportunity of elections scheduled for the end of the year, we should make corruption – and the failure of President Nana Akufo-Addo and the ruling NPP to root it out – a critical campaign issue. We should mobilise to lobby the government and Attorney General to introduce an Unexplained Wealth Order bill that could truly hold public officials accountable.

Lolan Ekow Sagoe-Moses is a lawyer, open governance activist and member of the CitizenGhana Movement.