Malawi: Campaigning during COVID-19 doesn’t have to be like this

Political parties are putting their supporters at risk by holding huge rallies. But there are alternatives. 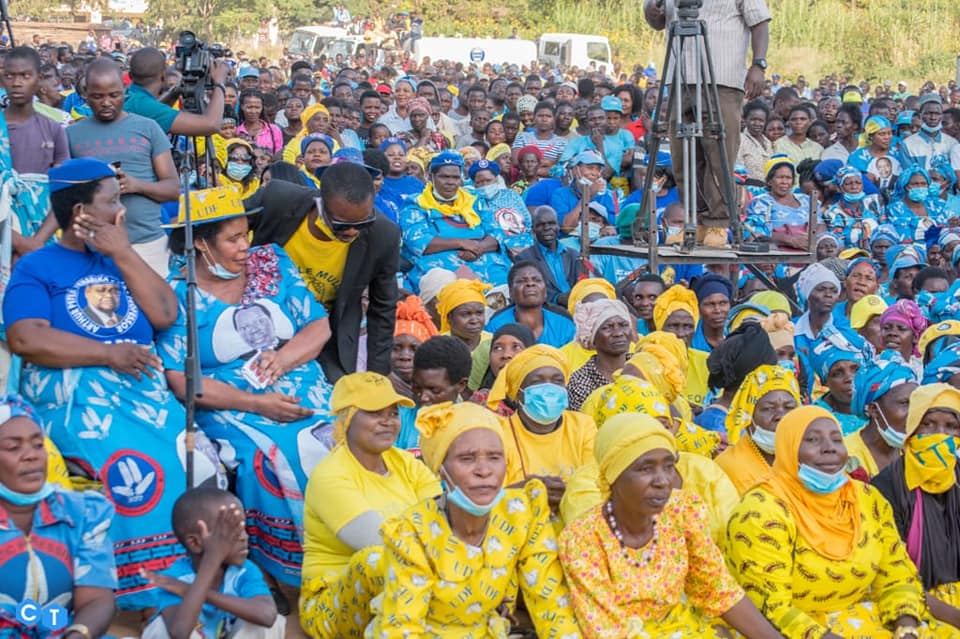 Political parties in Malawi have been holding huge rallies despite the threat of COVID-19. Credit: Democratic Progressive Party.

Next month, Malawians will go to the polls once again. They will vote in a re-run of the May 2019 presidential election that was annulled due to irregularities.

Like then, the outcome of the upcoming poll is too close to call. As such, the leading contenders have been campaigning flat out. Both the ruling party and the opposition have held spectacular rallies, using top musicians and actors to attract and entertain large crowds.

All political parties in Malawi have acknowledged the dangers of COVID-19 and promised to adhere to prevention guidelines. But the reality on the ground is very different. Extravagant road shows and rallies have drawn crowds of thousands with no physical distancing and very few face masks.

In May, the Health Ministry’s principal secretary Dan Namarika criticised these actions, saying: “We are really concerned with the gathering of people for political rallies by political leaders…This would defeat the whole battle in the fight against coronavirus.” But they have continued nonetheless.

These rallies pose serious risks. Malawi has so far recorded just 336 cases and 4 deaths from the coronavirus, but the possibility of wider transmission of the highly infectious disease is significant. We have seen elsewhere how single mass gatherings can be responsible for huge spikes in COVID-19 cases. Experts, for instance, have described the 19 February football match between Italian club Atalanta and Spanish club Valencia as a “biological bomb” that may have contributed to thousands of infections and deaths in both countries.

This is why the World Health Organisation (WHO) recommends that all countries with cases seriously consider postponing or reducing mass gatherings. At least 55 countries, including nine in Africa, have already decided to delay scheduled elections due to the pandemic.

Malawi has decided to forge ahead with its vote. To have postponed it may have created a constitutional crisis. Nonetheless, it is possible to hold elections while still reducing the risks of a COVID-19 outbreak, as the likes of South Korea and Vanuatu have shown. There are many actions the government, political parties, the media and the electoral commission can take to more safely manage the elections.

Political parties could agree to halt mass rallies with immediate effect and shift instead to holding smaller gatherings in which candidates can engage with their supporters more meaningfully. They could agree to turn their attentions and resources to other electoral tactics in the interests of the public health of the entire nation.

There are many viable alternatives. Radio and TV campaigns can reach masses of voters and the media could facilitate this shift by organising political debates to air across Malawi. This would not only be less costly and potentially more efficient for the candidates in spreading their messages, but it would also arguably be a more meaningful campaigning strategy in that it would give the electorate more information upon which to make their decisions.

Malawi’s health ministry and NGOs also have a role to play. While remaining non-partisan, they could take advantage of the public’s attention on political campaigns in order to help spread key health messages. They could partner with candidates, using their political platforms to disseminate information about COVID-19 and how to reduce the risks.

Finally, Malawi’s Electoral Commission can take various actions to making the voting process safer. It has already announced that there will be “masks, gloves, water and hand sanitizers for use” throughout polling stations. But more can be done.

The commission could create provisions for the most vulnerable – such as the elderly and those with underlying health conditions – to vote in advance. Countries such as South Africa already have such measures in place. The electoral body should develop a clear and strict Code of Conduct to guide voters, staff, party monitors, the media and others on how they ought to conduct themselves during voting and vote counting in order to minimise the risk of COVID-19 transmission.

Malawi has so far avoided large numbers of coronavirus cases. Holding a hotly contested presidential election presents many opportunities for this to change. But it is in both the interests and power of political parties, health officials, the media, civil society, and the electoral commission to significantly reduce those risks.

Kenya: We cannot police ourselves out of ...