Do as I Do, Not as I Say: Unpacking the False Premises of the GERD Negotiations 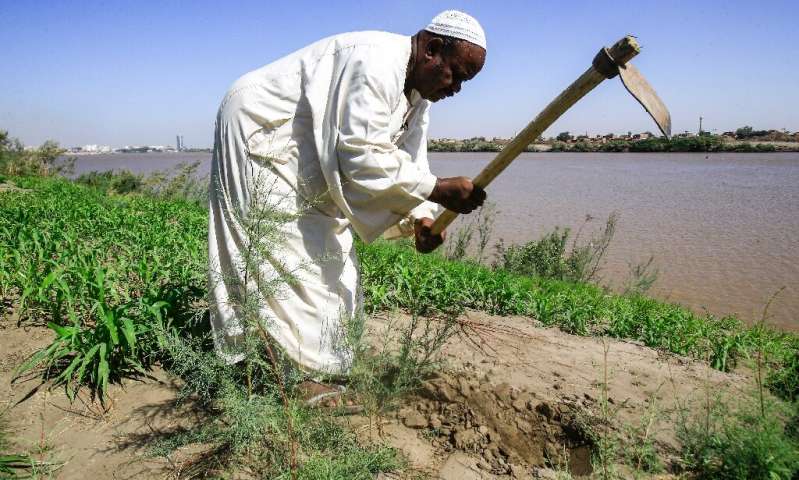 In a few months from now, Africa will mark the tenth anniversary of the launch of the construction of the Grand Ethiopian Renaissance Dam (GERD). The project has remained in geopolitical hot soup ever since. As skilfully detailed by the other contributors to this African Arguments special series, most analyses have pitted Ethiopia’s clamours for its  “right to development” (and therefore to hydro-infrastructure that helps industrialization and the electrification of the impoverished countryside) against claims to “historical user rights” by Egypt which depends for more than 90% of its drinking water on the Nile (and thus reserves the right to review and possibly veto projects, like the GERD, that could imperil that). Both sides claim that  international water law is on their side and have sought to persuade Sudan – the crucial third leg of the Eastern Nile triad – to support them. Egypt has done so with reference to the 1929 and 1959 Nile Waters Agreement and possible safety risks associated with the GERD; Ethiopia has been at pains to labour the dam’s economic benefits.

Understanding the controversy over the GERD through the arguments made by Addis, Cairo and Khartoum is useful, but only up to a point. These claims tell us more about how the protagonists have framed their respective positions rather than why they have done so, rendering the dispute so intractable. Mediation efforts concentrate on finding technical solutions to questions such as safety risks, drought mitigation measures and duration of the impounding of the dam. Those are all highly important, yet in many ways miss the point: the fundamental problem is not a lack of flexibility of mediators seeking to pragmatically bridge the stated differences between Egypt, Ethiopia and Sudan. The crux of the issue is how intimately tied up water and hydro-infrastructure are with how power is exercised and perceived in all three states.

Since the early 19th century, the elites of the Eastern Nile have invested much of their scarce resources in large-scale hydro-infrastructure and capital-intensive agriculture in the belief that they can engineer their way out of international marginalization and bolster food production, energy supply and water security. From Muhammad Ali Pasha in the early 1800s to the Ethiopian government today, Nile Basin incumbents have embraced this idea because of its supreme utility for centralizing power: it has enabled the building of modern states and a growing bureaucratic apparatus around a riverain political economy; it has generated national narratives that have allowed unpopular regimes to rebrand themselves as protectors of the nation; and it has facilitated the forging of external alliances, linking the resources and ruling classes of Egypt, Ethiopia, and Sudan to global markets and centres of influence. Mega-dams, huge canals and irrigation for export are fundamentally about power and the powerful – and the privileging of some interests and social formations over others.

This history is well-documented by scholars, but its costs remain carefully hidden from view by government officials. The modern Egyptian state was built 200 years ago in function of the ideology that Egypt could escape the clutches of the retrograde Ottoman Empire and re-establish its Pharaonic grandeur if only it would establish strong, centripetal institutions that could simultaneously control people and water. Muhammad Ali and his descendants bet that exporting cotton in particular – grown in capital-intensive irrigated schemes for European markets – would generate the revenue to enable Egypt to cultivate important friends and craft a modern army and industry. Hundreds of thousands of Egyptians were compelled to toil in extraordinarily brutal circumstances along the Nile and built the infrastructure to grow and ship the white gold overseas. Despite gruesome death rates among workers, the obsession with water and cotton failed to provide Egypt with the desired sovereignty; instead, Egypt grew increasingly indebted and ended up as a British protectorate, its treasury administered by European financiers. The vision of control over water and people did however succeed in enriching and keeping in power the Alawiyya dynasty for 150 years – a lesson in political realism encouraged by British proconsuls and not lost on republican Egypt’s rulers either. The construction of the Aswan High Dam in the 1950s–1960s, Egypt’s land reclamation programmes and the notorious Toshka scheme intended to grow grapes, wheat and clover in the desert have all followed a similar logic: the promise of international relevance and gains in trade and water security; the centralization of decision-making in military hands that also control most of the land; the deployment of nationalist tropes to justify concentrating water, people and authority; and the outcomes of debt, displacement and growing food insecurity.

The logic of what I have coined “water, civilisation and power”  was exported to Sudan through invasion. Egyptian empire-builders sought gold and slaves to finance their economic model and to push as far as they could towards the sources of the Nile to prevent anyone from tampering with its flow. The building of many of Sudan’s 19th and 20th century institutions, including its insertion into the British Empire, mirrored the ideational construct imported from Egypt: control the water supply and labour, organize them in function of exports to global markets, cultivate local elites to sustain these processes and explain them as “natural”, in accordance with “historical tradition”. The ideology of water, civilisation and power explains why the meeting point of the White and Blue Nile, Khartoum, became Sudan’s capital; why the country developed the world’s biggest irrigated scheme to grow cotton for global markets; and why the military-Islamist Al-Ingaz regime (1989–2019) spent almost as much on hydro-infrastructure such as the Merowe Dam and promoting Sudan as the “breadbasket of Africa and the Middle East” as it spent on its infamous security organs. Because of its political geography and meagre access to international finance, Ethiopia was a latecomer to the Nile Basin infatuation with large-scale hydro-infrastructure and capital-intensive agriculture. Emperor Haile Selassie launched irrigation schemes for sugar and cotton, such as plantation agriculture in the remote Afar region to simultaneously sedentarize nomadic populations, tie the peripheries to the core of the Ethiopian state and generate export revenue to centralize imperial authority. The Derg nationalized the projects in the Awash Valley but retained their core objectives of breaking the Afar pastoral economy, improving Ethiopia’s terms of trade through cash crops and prioritizing linking food and water supply with controlling labour. However, it was not until the advent of the Ethiopian People’s Revolutionary Democratic Front (EPRDF) that hydro-agricultural state-building moved into higher gear through the strategy of Agricultural Development Led Industrialisation and Africa’s most expansive dam programme.

Regardless of the vaunted technical merits of the GERD,  the EPRDF leadership never hid the dam’s main purposes: to remake Ethiopia’s political economy in ways that strengthen the ruling party and its control over the core of the state and its peripheries; to formulate a nationalist project to counter critiques that the EPRDF was all about ethno-regional divide-and-rule; and to overhaul how Ethiopia relates to its Nile Basin neighbours and the wider world, especially busting Egyptian “hydro-hegemony”. Long-serving Prime Minister Meles Zenawi was sensitive to the history of water, civilisation and power in the Nile Basin and knew the dam would regionally be seen through that lens. His dream of the GERD echoed the historical paradigm, but also hoped to change it: Meles emphasized a politically crafty vision of regional integration and the notion of infrastructure as transformative of historical enmities, moving away from zero-sum perceptions. Balancing a fine line between enlisting domestic support for the project and casting the GERD as a rupture with 200 years of failed development masquerading as national pride, he consistently highlighted the dam’s transformative potential by insisting Ethiopia would sell almost all of the power generated to its neighbours rather than pumping it into the national grid. Meles’ death in August 2012 deprived the region of its most eloquent political articulator of a future in which water might bring societies closer together, rather than dividing them. President Trump meeting at the White House with Foreign & Water Resources ministers from Egypt, Ethiopia and Sudan on the sideline of the Grand Ethiopian Renaissance Dam (GERD) negotiations.

Today’s mediation efforts preoccupied with the dam’s technical details struggle to address the key problem: interdependence between Nile Basin states and societies threatens to undermine politico-military incumbents. Under the aegis of Abiy Ahmed, who initially disparaged the project and its genitor, the Ethiopian government has reverted to the more traditional understanding of the links between water and political power. Faced with Egyptian obstinacy, it has done so amidst an unprecedented flurry of nationalist rhetoric that emphasizes “#itsmydam” and cares not for how such grandstanding is perceived elsewhere in the Nile Basin or outside of it. Little remains of Ethiopia’s impressive regional vision; planners have been reorienting, at considerable cost, the GERD towards feeding into pet projects of the national elite rather than transforming the Nile Basin. This threatens to result in a major missed opportunity for the people of Egypt, Ethiopia and Sudan, but should not come as a surprise. The political incentives for sticking to the dominant paradigm of how water, economic development and power intersect have been around for two centuries. They are as likely to continue to disappoint ordinary people as they are to serve the region’s rulers.

UK-Africa trade after Brexit: Time for a ...

Harry Verhoeven is the Convenor of the Oxford University China-Africa Network and an Associate Member of the Department of Politics & International Relations of the University of Oxford. Among other books, he is the author of Water, Civilisation and Power in Sudan: The Political Economy of Military-Islamist State Building (Cambridge University Press) and the editor of Environmental Politics in the Middle East: Local Struggles, Global Connections (Hurst/Oxford University Press). Harry Verhoeven is also a Senior Adviser to the European Institute of Peace.