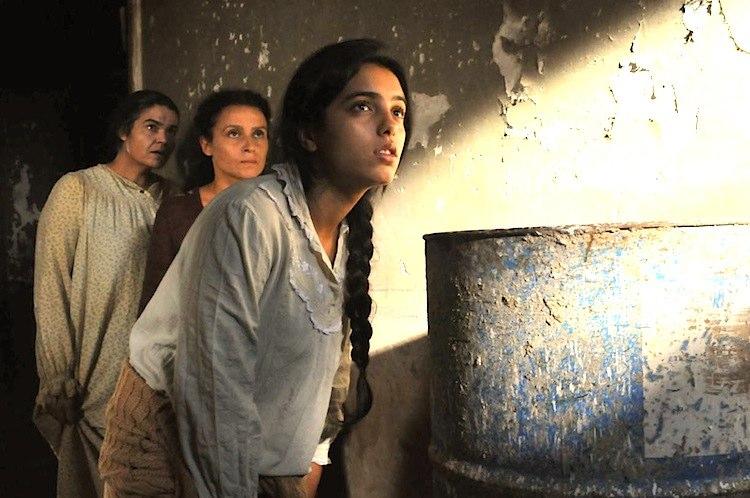 In the Maghreb region, as in many African countries, queer sexualities continue to be taboo and criminalised. Partly due to religious beliefs and cultural practices, non-normative sexualities largely exist in silence and are barely acknowledged.

In the last two decades, however, a bourgeoning body of films have provided rare opportunities to depict queerness, albeit in restrained and secretive ways. Unlike some queer-themed films from the rest of Africa, which may have explicit and intimate scenes, those from the Maghreb tend to use subtler cinematic techniques or metaphors.

This is a necessity to protect actors and filmmakers but also a creative choice that can be deeply evocative. This can be seen in the use of skin and silence in some seminal films from the Maghreb.

While avoiding open depictions of queerness, some directors from the Maghreb have used the skins of their protagonists as expressive screens through which to visualise sexual identities.

Nadia El Fani’s 2003 film Bedwin Hacker tells the story of Kalt, an Arab woman who is involved in cyber-terrorist activities and who has romantic relationships with both a Tunisian man and a French woman. In the film, El Fani frequently draws attention to the protagonist’s skin. Kalt wears revealing clothes and the camera brings out her skin’s beauty and sensuality. Its darkness links her to stereotypes of terrorists, while also rendering her seductive and exotic. In the aftermath of 9/11 attacks, skin becomes the primary site in the film through which to think about the Western gaze and Islamophobia as well as queerness, sexuality and the agency of Arab women.

Raja Amari’s 2009 film Al Dowaha focuses on Aïcha, who lives in a confined space dominated by her mother and sister. She has an almost incestuous relationship with her sister, particularly because their small home compels their bodies to be in constant contact. In this context, Aïcha’s skin is not simply a sensuous surface but a site through which she attempts to liberate herself from the constraints placed on women and their bodies. She uses her skin to explore pleasure. In one scene, Aïcha becomes aware of the sensuousness of her body as she shaves her legs. In a faintly lit bathroom, the camera focuses on the razor blade scratching over her dry skin, which contrasts with the delight apparent on the protagonist’s face.

In both these films, skin is linked to the intimate process of negotiating queer sexuality. In the absence of scenes explicitly depicting queer intimacy, skin becomes an expressive screen of making queer desire visible.

Some films from the Maghreb also use silence effectively as cinematographic technique to depict queer sexualities.

Abdellah Taïa’s 2013 film L’Armée du Salut is about the coming of age of Abdellah, who has to negotiate his sexual identity in an unaccommodating society. In this film, Taïa strips down sound and dialogue to the bare minimum. Echoing silences dominate and viewers are required to read what the bodies perform on the screen. The opening sequence is characteristic of this technique. In this almost three-minute sequence, we find Abdellah in his elder brother’s bedroom, rifling through books and music cassettes. He ends up falling asleep on his brother’s bed, tightly cuddling his pillow. Silence and the eerie ambiance it creates accentuates Abdellah’s probing of his body’s sensuality and eroticism.

A similar technique is used in Al Dowaha. Aïcha explores her body in dark and silent spaces and says very little throughout the film. Silence becomes a form of language itself. The muteness of the protagonist echoes the silence that pervades the social space and compels the viewer to focus on their heightened visual senses as they focus on queer bodies and movement rather than sound or speech.

Queer visibility in the Maghreb

In their diverse representations of queerness, films from the Maghreb play an important role in giving visibility to marginalised gender and sexual identities. Through subtle techniques, they challenge the silence that surrounds queer sexualities by showing that they exist. As some of the few available cultural productions representing queerness, films offer an important visual archive that helps offer an understanding of queer lives in the Maghreb.

This article is based on Gibson Ncube’s article in “The Possibilities and Intimacies of Queer African Screen Cultures” edition of the Journal of African Cultural Studies.

Podcast on Red Sea Politics in the ...

The disappearance of half a million young ...

Gibson Ncube is an Associate Professor at the University of Zimbabwe. His research work is on gender and queer studies in Africa. He is the author of La sexualité queer au Maghreb à travers la littérature (L’Harmattan, 2018).