Tigray: One hundred days of war

Calls for the withdrawal of Eritrean troops, unimpeded humanitarian access, and investigations into war crimes are growing. 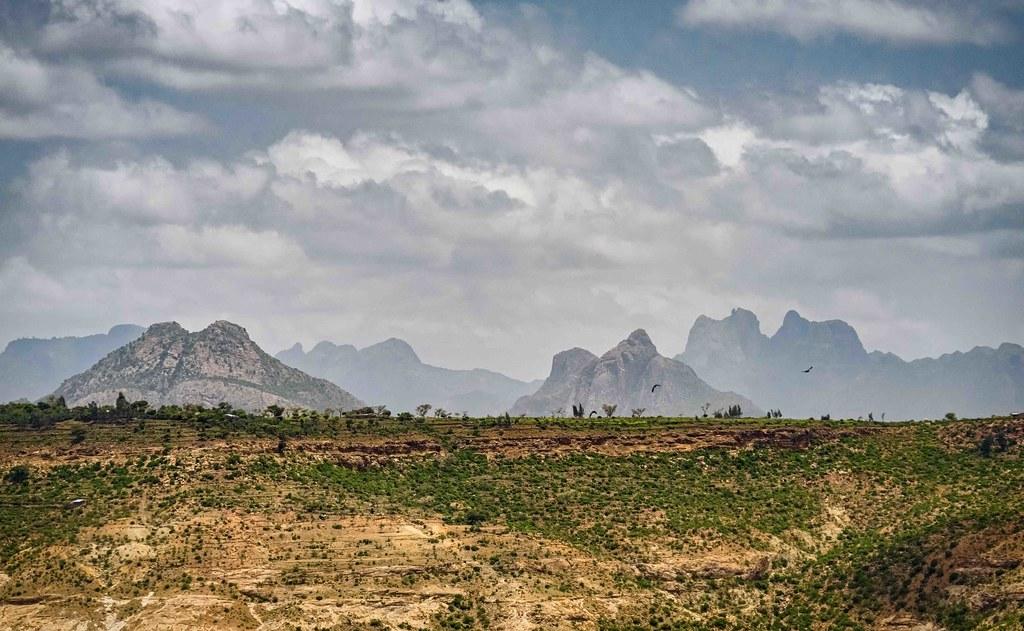 It began as what the Ethiopian Prime Minister Abiy Ahmed described as an internal “law enforcement operation” that would “wrap up soon”. 100 days later, it has developed into a full-scale regional war.

On one side are fighters loyal to the Tigrayan People’s Liberation Front (TPLF), the regional government of Tigray region. On the other are the combined might of Ethiopia and Eritrea, backed by Amhara militia and some Somali troops.

Since 4 November 2020, the fighting has enveloped all of Tigray and has included indescribable atrocities and looting. The human costs have been catastrophic. Hundreds of thousands of people have been displaced. 3.8 million of Tigray’s roughly 6 million population need humanitarian assistance, according to the Ethiopian Red Cross. Almost 100,000 Eritrean refugees in UNHCR camps in Tigray have been attacked, leaving at least 20,000 people under international protection missing, as per the UN. “The health system in Tigray is reportedly nearly collapsing,” the United Nation’s Office for the Coordination of Humanitarian Affairs (OCHA) said in a 4 February report, noting that only three of the region’s 11 hospitals were working properly.

Moreover, the war erupted just as the harvest was coming in. Crops have been lost and farms abandoned. There are already reports of deaths from starvation. The danger is that a famine on the scale of 1984-85 is looming.

All of this has taken place behind an iron curtain. Prime Minister Abiy cut all communications to Tigray when the war began and this has only been intermittently restored. Humanitarians agencies have been prevented from delivering urgent aid. All reporters – local and international – have been denied access to the region and, as a result, information has only trickled out.

How the war began

The Tigray war did not break out without warning. Tensions had been rising since 2018, when popular protests forced the TPLF to withdraw from their leading role in the federal government and Abiy became prime minister. As the new PM broke from the 17-year grip of his predecessors, relations between Addis Ababa and Tigray eroded.

TPLF leaders retreated to their region and took actions in defiance of the federal government. They organised protests to prevent weapons on the border with Eritrea – with which Abiy had made peace – being withdrawn. On 9 September 2020, they decided to go ahead with regional elections despite the federal government’s postponement of polls amid the pandemic. And on 29 October, they refused to accept Brigadier General Jamal Mohammed as the new head of Ethiopian army’s North Command, which is based in the Tigrayan capital Mekelle, and turned him back at the airport.

On 4 November, the conflict erupted. Prime Minister Abiy accused the TPLF of attacking the federal army base in Mekelle in an attempt “to rob the Northern Command of artillery and military equipment” and launched retaliatory assaults.

In the federal government’s telling, the war was the fault of the Tigrayan authorities who left Abiy no alternative but to respond with force. The alternative view is that the war was the result of a plan prepared with care over many months by Ethiopia, Eritrea and Somalia.

These three countries have enjoyed much closer relations since Abiy came to power in 2018. That year, the PM and President Isaias Afwerki of Eritrea, who had long feuded with the TPLF, signed a peace deal after decades of cold war. That same year, Mohamed Abdullahi Mohamed (aka Farmaajo) became the first Somali president to visit Eritrea since it gained independence in 1993. Several bilateral visits followed as well as a January 2020 summit between the three leaders in Asmara. In the months preceding the outbreak of war, there were more meetings. Abiy toured Eritrea’s main training base at Sawa in July 2020; Somalia’s President Farmaajo arrived in Asmara in October; and President Isaias paid a visit to Ethiopia ten days later during which examined Ethiopia’s air-force base at Bishofu.

Three weeks later, Ethiopian troops launched attacks in Tigray, supported by Amhara militias. Eritrean were confirmed to have taken part in fighting too by a senior Ethiopian military official. And despite denials by the Somali government, there are widespread allegations that Somali troops have been secretly fighting in Tigray too.

According to Kjetil Tronvol, who has studied the region for 30 years, there has “seldom been a clearer case of a coming violent conflict” than the ongoing Tigray war. He described how it began following the Tigrayan security forces’ attack on the Ethiopian National Defence Force’s (ENDF) Northern Command, a move the TPLF called a pre-emptive act of self-defence and the federal government called treason.

“Almost immediately, the ENDF and its allies launched a massive, three-pronged offensive against Tigray. Tens of thousands of federal troops, supplemented by Amhara militia and regional special forces, attacked Tigray’s west and south, while the Eritrean military swept in from the north. Meanwhile, the Ethiopian air force bombarded Tigrayan positions and cities,” he wrote.

Attacked from north, south and east, the Tigrayan forces fought to hold the front lines, while gradually retreating.

As soon as the conflict began, international actors made attempts to prevent a full-scale war. Among others, UN Secretary-General Antonio Guterres called for rapid restoration of the rule of law and respect for human rights as well as reconciliation efforts and unfettered humanitarian access.

The African Union (AU) also sprang into action and, by 21 November, had appointed three former presidents – Mozambique’s Joaquim Chissano, Liberia’s Ellen Johnson Sirleaf, and South Africa’s Kgalema Motlanthe – as mediators. But Abiy quickly rejected the initiative and tweeted that “news circulating that the envoys will be traveling to Ethiopia to mediate between the Federal Government and TPLF’s criminal element is fake.”

A few days later, Abiy announced that his ultimatum to the TPLF to surrender the city of Mekelle had expired and that a “final phase” of the conflict would begin. On 28 November, the attack on the Tigrayan capital began. Tigrayan forces withdrew, melting away into the surrounding hills and mountains to fight a guerrilla campaign.

One hundred days after the war started, Tigray is still behind a communication blockade. Journalists and humanitarian workers have been barred from entering and information is only trickling out.

According to what we know, however, an interim administration appointed by the Federal government controls Mekelle but hardly anything beyond the city. Eritrean troops are reportedly in control of the northern parts of Tigray and handing out ID cards. The two refugee camps under international protection have been destroyed, as confirmed by satellite images.

The calls for the withdrawal of Eritrean troops, unimpeded access for humanitarian aid, and investigations into war crimes are growing. This pressure will only work if it is relentless and unified. The message must be clear: crimes committed by all parties must be investigated independently; humanitarian access to all areas in Tigray must be granted to prevent widespread famine; journalists must be allowed unimpeded access so that they can report on the war; and mediation must be set up.

The need to act is urgent. The UN and Ethiopian Red Cross have warned that lives are already being lost through starvation. The human impact of another hundred days of war would be devastating.

Tanzanian twitter has lost its chill. It’s become a scary place for women and dissenters. But we’re not yet ready to give it up. Hello, Elsie here! @Mikochenireport, blogging for the ...
By continuing to browse the site you are agreeing to our use of cookies.