The US has the neutrality and influence to mediate in the CAR. It would also be a chance for Biden to show that diplomacy is back. 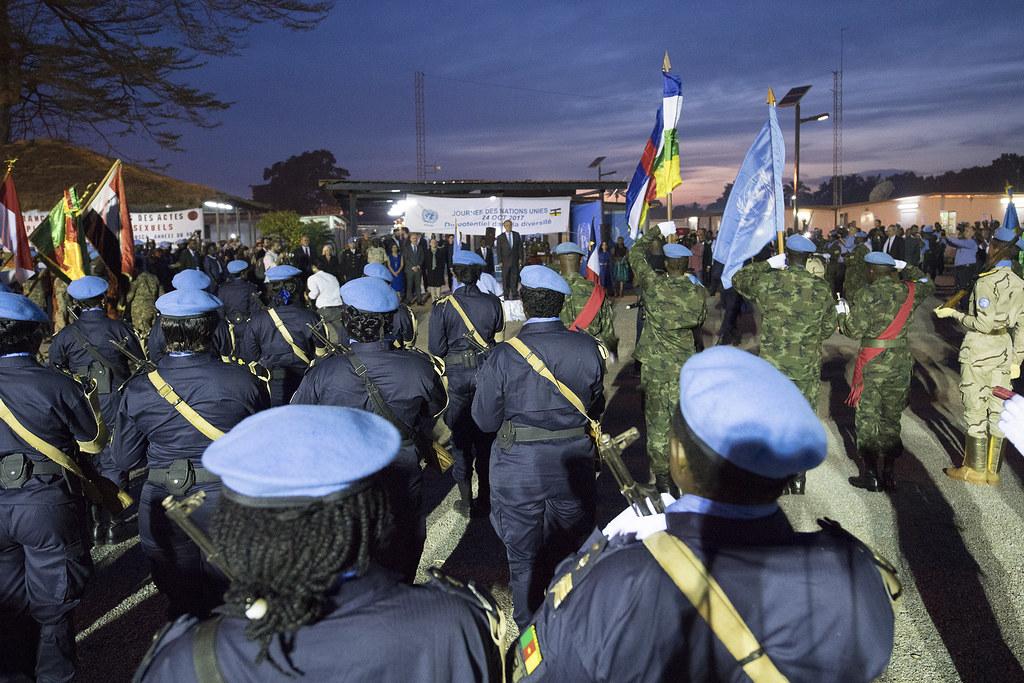 Several foreign partners are involved in the CAR, from the UN to Russia and France, but few have the perceived neutrality to intervene diplomatically. Credit: UN Photo/Eskinder Debebe.

Months on from the December 2020 elections, the situation in the Central African Republic (CAR) continues to deteriorate. According to the UN, 400,000 people were forced to flee their homes due to recent deadly fighting – more than half of which are still displaced today. Armed groups have enlisted 3,000 child soldiers in the past few months. And the CAR is now the most dangerous place in the world for aid workers to operate. Even before this most recent crisis, 2.8 million people – 57% of the population – needed humanitarian assistance and protection.

The 2019 Khartoum Agreement between the government and armed groups is hanging by a thread. Political opposition has refused to recognise President Faustin-Archange Touadéra’s mandate after divisive elections. A united government that is responsive to citizens’ needs is key.

Diplomatic investment from a neutral broker could foster inclusive dialogue between political opposition and the government, encourage anti-corruption measures, and advocate for better protection of civilians. But unfortunately, most potential third parties operating in the CAR rule themselves out. The former colonial power France is viewed with suspicion by many. Russia and the UN are regarded by some as partisan backers of Touadéra. For now, China prefers an economic presence to political engagement.

The United States, however, has the perceived neutrality, resources and influence to mediate. Its new president,  Joe Biden, has vowed to break with the legacy of his predecessor and recently declared “diplomacy is back”. The CAR provides the perfect opportunity to make that pledge a reality.

State of the conflict

The complexity of Central African politics pits predatory armed groups in the countryside against the government in Bangui. The government itself is divided along contentious ruling and opposition parties.

The CAR’s latest bout of fighting began in the run-up to the 27 December presidential elections when François Bozizé was barred from running for alleged abuses committed during the country’s 2013-14 civil war. In response, the former president established a new alliance called the Coalition of Patriots for Change (CPC), which launched attacks on key cities including the capital Bangui. The new group – made up of six armed factions that signed the Khartoum Agreement – is held together by shared economic and political interests rather than common ethnicity or religion. In fact, several figures within the CPC fought on opposite sides of the civil war and will likely clash again.

Despite the rising violence and the fact that 40% of regions could not participate due to insecurity, the elections went ahead as planned. The incumbent, President Touadéra, won with 53% of the vote, though the opposition alleges fraud. Since then, fighting has continued.

On one side, President Touadéra has some renewed international legitimacy but weak domestic support – at just over 50%, according to the official election results. His administration has failed to tackle state corruption and, despite extensive international training, the CAR’s armed forces continue to perform poorly and have seen many desertions.

Still, Touadéra’s government has been protected by Russian mercenaries, Rwandan troops, and UN peacekeepers. The UN mission MINUSCA has helped recapture towns from the CPC and defend Bangui despite chronic under-resourcing. On 12 March, the UN Security Council approved an additional 2,750 military personnel and 940 police to fill this gap.

On the other side, several of the CAR’s armed groups continue to wield great economic and military power despite limited popular support. They finance weapons purchases with the revenues from gold and diamond mines. What Bozizé lacks in international and popular legitimacy, he has made up for in economic and military clout since forming the CPC. The well-equipped and trained armed groups that form the CPC have shown themselves to be effective and violent disruptors, even if they failed to take Bangui.

Caught between Touadéra and Bozizé are opposition politicians such as Martin Ziguélé and Anicet Georges Dologuélé, who leads the COD-20 alliance of opposition parties. Both men have recently been denied permission to make short trips outside the country.

Ordinary citizens suffer the most from the CAR’s elite politics; 1 in 4 Central Africans is displaced as a result of years of conflict. More recently, much of the population was impacted in the CPC’s attempts to suffocate the capital during a 50-day blockade. Many routes in the country remain blocked and humanitarian agencies struggle to access supplies. Inflation is up 18%, the price of staple foods has doubled, and 2.3 million people are food insecure. Yet, the 2021 humanitarian appeal has received just 18% of the required financial pledges.

A diplomatic need and opportunity

The US has not only been the largest humanitarian donor to the CAR over the last five years but has also remained politically neutral. Before the elections, the US Embassy in Bangui reiterated its support for the “democratic process” rather than “any specific party”.

This means America is now in a unique position to foster inclusive dialogue between Touadéra and political opposition and pressure Bangui to tackle corruption. If the Khartoum Agreement is deemed salvageable, the US could push for independent oversight of its implementation. It could work to ensure negotiations are transparent, involve civil society, and set realistic timelines for the repatriation of displaced civilians as well as the disarmament and reintegration of armed groups. The US is also well-positioned to lobby other donors for increased financial support for relief efforts; last year, the CAR received just 69% of its financing requirements.

Now is the time for the US to take action. In mid-March, President Touadéra announced plans for national dialogue. This came the day after Bozizé resigned from his Kwa Na Kwa (KNK) party to officially lead the CPC. Bozizé’s move may signal his determination to solve this dispute by force. But his resignation from the KNK also increases the chances of dialogue between opposition parties and the government. This presents a diplomatic window for the US to facilitate political dialogue that excludes armed groups.

A reformulated US foreign policy in Africa that moves away from militarised responses and towards good governance, conflict resolution and effective aid could tip the scales towards a durable peace in CAR. It would also be a chance for the US to signal that American “diplomacy is back”.

The Revolution Continues: Young Tunisians Are Back ...

Gervais Lakosso is an artist and civil society leader in the Central African Republic. He is the coordinator for the Civil Society Working Group on the Central African Crisis (GTSC). Alexandra Lamarche is Refugees International’s Senior Advocate for West and Central Africa, where her work focuses on conflict and displacement crises. Follow her on Twitter at @AlyLamb. John Lechner is a freelance journalist and graduate student at Georgetown University’s School of Foreign Service. Follow him on Twitter at @JohnLechner1.