Should Zambia’s new president fire all his predecessor’s appointees?

Many are clamouring for President Hichilema to remove senior officials appointed by Lungu. These demands are understandable but misguided. 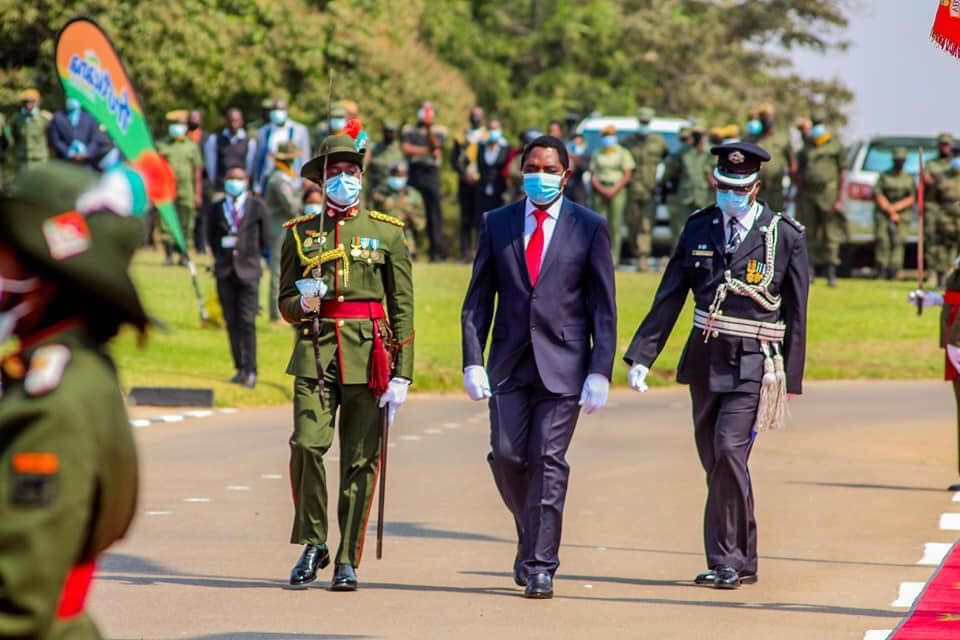 The last few days have seen mounting calls from many Zambians for President Hakainde Hichilema to dismiss senior civil servants appointed by his predecessor. Those behind these calls argue that such officials cannot be relied upon to implement the new president’s vision because they were either complicit in the worst excesses of the previous administration or are still loyal to former president Edgar Lungu.

It is easy to sympathise with these demands. Zambians generally agree that Lungu’s presidency was an unmitigated disaster, hence Hichilema’s landslide election victory last month. The reason for the temptation to remove the old administration’s appointees en masse and replace them with a new tranche of officials is clear. However, the case for a clear-out of Lungu’s networks in the executive and civil service is not clear-cut. While superficially appealing, a clear-out policy would present several dangers.

The first is practical. We know from successive Auditor General’s Office and Financial Intelligence Centre reports that large amounts of money were looted under Lungu’s rule. One of Zambia’s pressing issues is to get this money returned so that it can be spent on the many pressing issues that the country faces, but what we don’t know is where the stolen funds have gone – that is apart from the appointees and senior government officials from the Lungu era.

Unlike President Levy Mwanawasa who focused on prosecuting suspected plunderers on coming into office in 2002, Hichilema’s priority appears to be recovering stolen funds. His administration may yet press criminal charges, but with Zambia’s watchdog institutions lacking investigative capacity and its judiciary compromised, his approach for now seems to be centred on creating fast-track courts as a more effective way of getting back looted wealth. For this mission to be successful, it will require the cooperation of some of those who know where the bodies are buried, metaphorically speaking. Sacking them will not help.

The second point relates to averting potential chaos. The removal of almost all senior officials at the same time could effectively paralyse the operations of the state. However skilled new appointees might be, it would take time for them to settle in and master their briefs. Moreover, the incumbents in these positions are employees, mostly with contracts. Dismissing them at would cost the treasury a significant sum, which Zambia can ill afford. A better approach would be to either transfer the officials to different roles within the civil service or let their contracts, many of which may be set to expire soon, run down.

The third point is perhaps the most important: political party loyalty should not determine somebody’s job. I am painfully aware that under Lungu’s rule, hundreds of Zambians lost their jobs for alleged association with the then opposition United Party for National Development (UPND). The worst-affected were Zambians from Southern, Western and Northwestern provinces – a factor that might explain why voters from these areas emphatically rejected Lungu and the Patriotic Front (PF). If the UPND were to remove people from their jobs for suspected links to the political opposition, they would be no different from the PF on this score.

It is worth noting that many of those demanding the removal of PF appointees are UPND supporters who expected to be rewarded following Hichilema’s victory. They believe it is their turn to eat and that they deserve political jobs because of their loyalty. This is completely the wrong approach. The expectation of rewards based on political affiliation is one reason why Lungu’s presidency was so disastrous, and his removal is a great positive outcome for all Zambians. We must not repeat the same mistakes.

In this debate, I believe that the basic questions we must answer are: Are the people appointed by Lungu able to do their job? Are they competent, experienced, and qualified professionals? If they are, and they have not been involved in blatant criminal activities, then there is no reason to fire them. Sacking people based on their perceived political affiliation has unfortunately been commonplace in Zambia. Readers will recall that Michael Sata and the PF did the same in 2011 on replacing Rupiah Banda and the Movement for Multiparty Democracy. Are we going to do this every time there is a change of government? Who will want to work for government knowing that their employment is only secure as along as their perceived political party of choice is in power?

It is heartening to see so many Zambians engaging in the democratic process and holding Hichilema and his new administration to account. In a sense, this renewed interest in governance issues demonstrates that people are tired of the incompetence, venality, and waste that characterised Lungu’s time in office, and they want change. At the same time, it is important to bear in mind that Hichilema has been in office for less than a month. He cannot be expected to work miracles in that time.

What Hichilema does need to do, however, is to clearly communicate his approach and explain his decisions. Otherwise, rumours and accusations will start to fly. In my view, the growing irritation against the continued presence of Lungu’s appointees in government has little to do with the disapproval of Hichilema’s decisions by his supporters; it has much to do with the lack of clear knowledge and understanding about what is going on, why the president is taking his time, or the motivations behind some of his decisions. To avoid alienating himself from his support base and to help manage public expectations, it is important that Hichilema develops an effective public communication strategy.

Guinea: We must turn this dangerous coup ...