How decades of tenacious advocacy, political will and a smart legal strategy finally ended capital punishment. 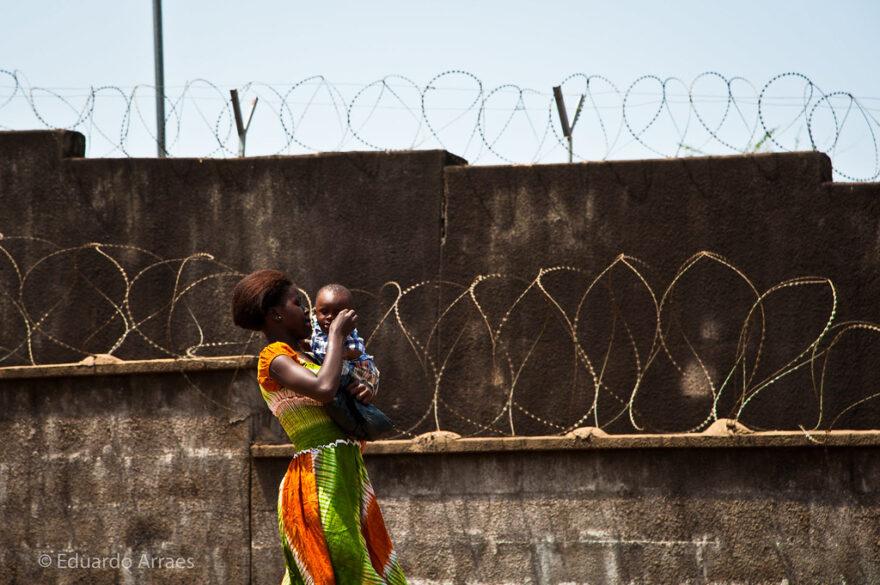 On 23 July 2021, Sierra Leone made history as it joined a growing number of countries to reject the death penalty. Following decades of tenacious advocacy, the government under President Julius Maada Bio finally showed the political will to abolish the cruel punishment and become the 23rd African country to do so.

The road to this was far from smooth. For nearly two decades, subsequent governments had failed to act on recommendations to end the death penalty. And just five years ago, the then Minister of Internal Affairs declared his support for capital punishment by symbolically ordering the gallows at a maximum security prison to be cleaned.

So how did Sierra Leone finally manage to abolish the death penalty? And what could other countries learn from its experience?

Sierra Leone maintained and institutionalised the death penalty when it gained independence in 1961 and adopted English common law. For decades following, capital punishment was the ultimate sentence for murder, treason, mutiny, and robbery with aggression. It was also used as a political tool to terminate political opponents.

From the 1970s, there were persistent civil society campaigns calling for its abolition. But a new constitution drafted in 1991, just before the start of the 11-year civil war, retained the death penalty. In 1998, at the height of the conflict, 24 soldiers were publicly executed by firing squad.

Those were to be Sierra Leone’s last executions and, following the end of war, the Truth and Reconciliation Commission (TRC) in 2004 recommended the abolition of capital punishment. In 2007, the government imposed a moratorium on executions.

Despite this, however, the death sentence remained “mandatory” for crimes such as murder, robbery with aggression and treason. And with their hands tied, judges continued to hand down the punishment. This resulted in immeasurable suffering and injustice, especially since people sentenced to death tend to come from marginalised backgrounds and struggle to obtain quality legal representation. In 2009, for instance, 17-year-old Aminata was arrested for stabbing and killing her abusive partner during a struggle while he was beating her. She was sentenced to death for murder and feared each day that she would be executed. It was only a decade later that she was acquitted by the Court of Appeal following intervention by AdvocAid.

In 2011, there was a fresh glimmer of hope when then president Ernest Bai Koroma commuted the sentences of all people on death row to mark Sierra Leone’s 50th anniversary of independence. Then, in 2016, the Constitutional Review Committee made the abolition of the death penalty one of its priority recommendations. Yet death sentences continued to be issued.

In 2018, Maada Bio came to power promising criminal justice reform. Although the new government had not vowed to end the death penalty, this aspiration became part of a broader agenda, informed by civil society advocacy, pressure from international development partners, and the president’s Catholic faith. The framework created through decades of advocacy had suddenly made it possible to turn political will into action.

What could other countries learn?

There is a lot to note from Sierra Leone’s experience. The first is the tenacity of civil society despite the lack of funding and support of donors who tend to work in short cycles and have ever-changing priorities. Over several decades, Sierra Leonean advocacy groups have campaigned for the abolition of the death penalty using a variety of strategies including litigation, government engagement, and publicising the stories of people on death row.

Another factor to note is the legal strategy utilised. Many countries, such as Ghana, have seen abolition movements stall due to the complications of amending the constitution and a lack of political will. Sierra Leone’s approach of amending the laws which provide for the death penalty offered a more flexible approach. Here, the government established a ministerial task force to discuss legal reforms while simultaneously using its slim majority in parliament to amend the law. This meant that once cabinet had approved it, the Attorney General’s task was simple: remove and replace the death penalty in all existing laws, avoiding what could have ended up in an expensive referendum exercise.

The Sierra Leone case finally makes it clear that when a country’s political leadership is intentional about transforming its laws and advancing human rights, change can happen quickly. And having removed the death penalty, the country has not collapsed into chaos. Despite what supporters of the death penalty argue, its removal has not opened a floodgate of criminality. Indeed, there is no data or credible research that supports the claim that the death penalty serves as deterrent against serious crimes.

When Sierra Leone’s parliamentarians removed the death penalty, they voted to replace it with a maximum term of life imprisonment rather than a mandatory sentence. This enables greater judicial discretion and is an important example of progressive legal reform.

Going forwards, sentencing guidelines are now needed to ensure judges consider extenuating factors – such as such as poverty, abuse, and mental health – when sentencing. In Sierra Leone, like many other countries, there is no legal provision for a history of abuse to be considered and courts do not have the appropriate guidance on how to take gender-based violence into account.

More funding and prioritisation for legal aid and legal empowerment services are also needed. As are alternatives to incarceration to reduce the high number of people held in pre-trial detention. There is still significant work to be done in terms of criminal justice reform in Sierra Leone.

Prior to the abolition in July 2021, there were over 90 people on death row, according to information provided by the Correctional Service. Those people should have their sentences commuted and their cases reviewed. For now, however, we should take time to celebrate this milestone with the myriad people, organisations, and people formerly on death row that led to this historic moment.

Makmid Kamara is a Sierra Leonean human rights activist and researcher. He is the Director of the Africa Transitional Justice Legacy Fund and formerly worked for Amnesty International and Oxfam. Sabrina Mahtani is a Zambian-British lawyer. She co-founded AdvocAid, an NGO that provides access to justice for women in detention in Sierra Leone. The organisation has freed six women on death row. Sabrina formerly worked for Amnesty International and The Elders and currently curates Women Beyond Walls.