What did we learn from South Africa’s local elections?

The 2021 elections saw both turnout and the ANC vote drop to record lows. Small parties meanwhile collectively doubled their vote. 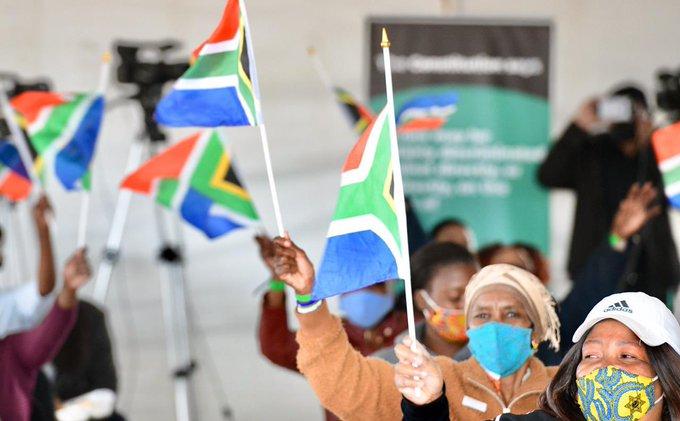 On 1 November, South Africa held elections in its more than 200 local government bodies. While lacking the power of the national or provincial governments, these entities often control large budgets and are the primary point of contact with the government for most South Africans. Control of these municipalities is significant.

So what happened in the elections? And now the dust has settled, what do the results tell us about the direction of South Africa’s big three parties and the country’s politics more broadly?

For the first time, support for the African National Congress (ANC) dropped below 50%. Overall, the ruling party gained 45.6%, down from 53.9% in 2016. Although this election has no bearing on the national picture, this could be a harbinger of what is to come in the next national election, scheduled for 2024. The psychological blow of a sub-50% ANC cannot be overstated.

The ANC was decimated in most of the country’s urban areas, dropping below 40% in the major cities in Gauteng, South Africa’s economic heartland. In Johannesburg, Tshwane (Pretoria), and Ekurhuleni (East Rand), it is still the biggest single party but lost substantial support. It won barely a third of votes in Johannesburg, a city in which it won nearly 60% two local elections ago.

The ANC also lost its majority in eThekwini (Durban) on the country’s east coast, sinking to 42% of the vote, a 20-point drop compared to 2011, two elections ago. In Cape Town, it didn’t even manage 20% of the vote, having once governed that city.

However, outside urban areas, the ANC is still by far the party of choice. In five of the nine provinces, it was the single biggest party in each municipality. In some parts of the country, it is racking up numbers that one typically sees in elections that are rigged. In municipalities in Limpopo and the eastern parts of the Eastern Cape, the ANC consistently won more than 80%. Paradoxically, these are also the parts of South Africa that lag on most developmental indicators.

The main opposition Democratic Alliance (DA) also saw its support decline, from 26.9% to 21.6%. This was its worst local election since 2006. It lost support on its right flank to the Afrikaner nationalist Freedom Front Plus (FF+) and in the Gauteng metros to ActionSA, a new outfit founded by Herman Mashaba, a former DA mayor of Johannesburg.

Because both the ANC and DA lost support, there are now an unprecedented number of hung councils, with nearly 70 having no overall majority. In only three of South Africa’s eight biggest urban areas (the “metros”) did a single party win enough support to govern alone – the DA in Cape Town, and the ANC in Mangaung (Bloemfontein) and Buffalo City (East London).

In Tshwane, both main parties lost votes, but the DA fell behind the ANC. The opposition party also lost ground in Nelson Mandela Bay, the biggest city in the Eastern Cape. In 2016, the DA narrowly missed out on an outright majority here, but this time was in a dead heat with the ANC on 40%.

In the Western Cape, the only province which it governs, the DA lost its majorities in many of the rural councils in the eastern reaches. This swing mostly benefited local interest and community parties rather than the ANC.

There were some bright spots for the DA, however. It increased its majority in Midvaal, the only municipality it governs outright in Gauteng. And, for the first time, it won a municipality in KwaZulu-Natal. That means it now controls uMngeni whose new mayor will be the 30-year-old Chris Pappas, a white man who speaks Zulu fluently, still an anomaly in post-apartheid South Africa.

The DA held onto its Cape Town stronghold with a reduced majority, but still with over 60%.

The Economic Freedom Fighters (EFF) grew its vote to 10.3%, up from 8.2%, though fell well short of its claims that it would win two-thirds of the vote. Its support increased markedly in certain areas, particularly KwaZulu-Natal and parts of the Eastern Cape, but fell in others.

In places like Polokwane, the biggest city in Limpopo and the hometown of leader Julius Malema, the EFF’s vote share dropped from nearly 30% to 23%. It saw similar declines in other places it had done well previously, such as the mining centre of Rustenburg in North-West province. In Johannesburg and Tshwane, the EFF also lost support, remaining at just about 10%.

Three key trends emerged out of this election.

The first is the very low turnout. Just 46% of registered voters – which is about 30% of all eligible voters – turned out to vote, the lowest in post-apartheid South Africa. If this pattern continues, it could lead to a crisis of legitimacy for national governments.

The second is the rise of local interest parties. These groups not only took votes from the DA in the Western Cape, but also from the ANC in the Free State and Mpumalanga, denying them majorities in some municipalities. Many of these small parties are led by disgruntled former ANC activists and politicians. It remains to be seen whether they remain outside of the embrace of South Africa’s Grand Old Party or can be brought back into the fold through patronage and other inducements.

As South Africa’s politics continues to fracture, these types of parties will continue to emerge. In 2016, only 10% of South Africans voted for a party other than the ANC, DA or EFF. In 2021, this had more than doubled to 21%.

The third, related to the second, is the comeback of certain parties and the emergence of new ones. The FF+ had its best local election yet, winning about 2% of the vote and doing well enough to be the biggest opposition in some areas or parts of governing coalitions in others. The Inkatha Freedom Party, which derives its support mainly from Zulus, also showed that talk of its demise was premature. It won a swathe of councils across northern KwaZulu-Natal and is well placed to form the core of a coalition government in the province after the next national and provincial elections in 2024.

Parties that are also based in coloured (mixed-race) identity politics also did well, primarily the Patriotic Alliance (PA) in parts of the Western Cape and Gauteng, and the Cape Coloured Congress in Cape Town. The PA could well also be part of governing coalitions in part of the country.

ActionSA, the party started by former Jo’burg mayor Herman Mashaba, also did well. Despite only putting forwards candidates in six municipalities, it received 2.4% of the overall national vote. In Johannesburg, the party came third with 16%.

Although there was speculation before the election that Mashaba and ActionSA would pull voters primarily away from the DA, it seems that it drew away more ANC supporters. In places like Soweto, traditionally an ANC stronghold, ActionSA got up to 30% of the vote. It seems Mashaba has tapped into something that has been elusive for South African politicians, a pro-free market party that does not have the racial baggage of the DA and could pose a real threat to the ANC, particularly in Gauteng. However, it remains to be seen whether the party can keep its coherence or will suffer the fate of many newcomers on the political scene, and collapse into infighting and chaos. The party has also sent mixed messages on who it will be willing to work with in coalitions.

Marius Roodt is a writer and editor based in Johannesburg. His interests include South African and African politics. He holds degrees from the Rand Afrikaans University (now University of Johannesburg) and the University of the Witwatersrand.