The world’s first famine caused by climate change rather than conflict continues amid insufficient domestic and global attention. 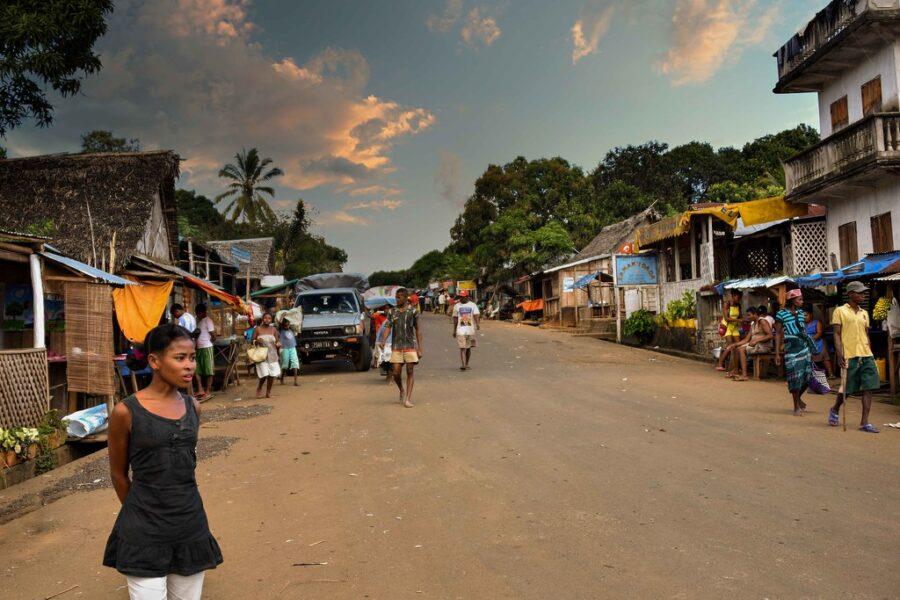 As it enters 2022, Madagascar continues to contend with a severe famine – known locally as Kere – in the south of the island. Despite being responsible for negligible percentage of carbon emissions, the country has been hit by what the UN and World Food Programme (WFP) say is the first ever hunger crisis driven by climate change rather than conflict.

For three years now, droughts at levels not seen in four decades have led to crop failures and widespread food shortages. Since late-2020, dozens of starvation deaths have been recorded in Madagascar, and more than 1.1 million people – out of a population of about 27 million –are food insecure. The WFP estimates that tens of thousands of people are currently facing “catastrophic” famine conditions (the fifth and highest internationally recognised level of food insecurity).

Due to its distinct geography, Madagascar is susceptible to periods of drought. The current famine is the island’s 16th since the start of the twentieth century. Its southern region – known as the “zone semi-aride” – is especially vulnerable to shifting weather patterns. As well as drought, last year saw sandstorms (known as tiomena or “red winds”) in this area damage topsoil already affected by delayed rains and deforestation.

As well as extreme weather, various factors have exacerbated the situation in Madagascar.

Firstly, questionable decision-making has arguably contributed to the ongoing problem. President Andry Rajoelina’s administration only launched specific initiatives aimed at addressing the famine in late-2020 and has been criticised for its slow response. Meanwhile, some have questioned the government’s strategy of establishing the Centre de Coordination Opérationnelle contre le Kere (CCOK) to distribute food directly to families in the Androy region. Observers have suggested that independent local organisations should be the ones tasked with ensuring assistance reaches affected areas. Others have decried the government’s focus on short-term solutions, especially when the situation in areas such as the Anosy region continues to be exacerbated by an inadequate road system.

Secondly, a range of external issues have hindered both national and international famine responses. Madagascar’s long-running socio-economic and political crises have not disappeared, while the Covid-19 pandemic has added several additional problems. Travel restrictions have complicated food relief efforts, while lockdown measures and the shutdown of the tourism industry have hit the economy hard and contributed to the rising prices of many staples.

Thirdly, armed bandits in the region add to scarcity by stealing supplies, including livestock and international food aid. Known as dahalo, these gangs sometimes go as far as killing locals and setting fire to entire villages. For years, they have taken advantage of the limited state security presence in the remote south as well as from the cooperation of corrupt local officials (known colloquially as dahalo ambony latabatra or “armchair cattle thieves”). In 2016, the government deployed the newly-established Unité Spéciale Anti-Dahalo, but the specialist unit has proven too small and insufficiently resourced to stop banditry.

Along with being affected a variety of factors, the famine in Madagascar also has a wide range of knock-on effects beyond just the shortage of food.

To begin with, the way in which crises are gendered means that women and children are the worst affected, and as many as 4.3 million minors in estimated to be in need of assistance. In these circumstances, there is a very high risk of sexual abuse and exploitation, gender-based violence, and violence against children. Deprivation also increases practices such as child marriage and cases of parents essentially selling their children to get money to buy food.

The combination of violence and famine has also contributed to an increase in internal displacements, placing further pressures on local authorities and contributing to environmental degradation. In the last few years, tens of thousands of people have fled the southern region, often moving westwards. Government forces have attempted to limit people’s access to areas around and inside protected lands in this part of the country, but many people have nonetheless managed to burn and clear thousands of hectares of biodiverse land – such as in the unique Menabe Antimena dry forest – for the benefit of large beer and food production companies. These firms employ these internal migrants and often collect produce from these workers at very low cost, adding to the issue of illegal exploitation of lands. Ankarafantsika National Park has been similarly hit by fires that local authorities have blamed on climate migrants from the south.

Slow government responses has done little to improve the situation. There has been little provision of places to host those fleeing their homes, while those guarding protected areas are ill-equipped to prevent hundreds if not thousands of people entering these environmentally important regions.

The situation in Madagascar demonstrates how a crisis in one area can often suddenly and uncontrollably spill over into many others, confounding attempts at remedies unless all aspects are effectively addressed at once.

The government’s efforts to confront these problems have fallen short in many areas, but global attention is also insufficient. It will be difficult and require long-term commitment to resolve these many issues, but certain things are clear. To address the severe famine, its myriad causes and cascade effects, Madagascar will need a clear and coordinated programme that involves all actors to ensure responses are not duplicated, a central role for local organisations that are closer to the affected populations, and guarantees of accountability and transparency in the ways resources are used.

WHO Decides Africa’s Health? Learning from the ...

Dr Manoa Faliarivola is a Zoologist Researcher and a Lecturer at the State University of Itasy. She has extensive experience on environment, climate change, ecology and biodiversity in Madagascar. Marc Lanteigne is an Associate Professor of Political Science at the Arctic University of Norway, Tromsø, specialising in comparative international relations including Sino-African diplomacy. Dr Velomahanina Razakamaharavo is a Research Fellow at the University of Reading and works at the intersection of gender, peace, security and technology. She has extensive experience on peace and conflict processes in Madagascar.