Zoom out from Tigray and there are many more groups facing abuses who are rarely talked about by the media or advocacy groups. 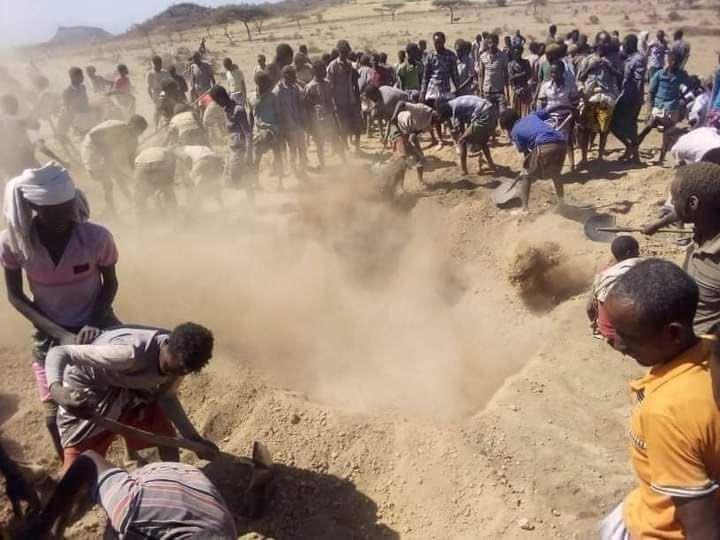 On 2 February 2022, the Ethiopian Human Rights Commission (EHRC) confirmed what everyone had known for months: that last December, Oromia state security forces brutally killed more than a dozen members of the Karrayyu Gadaa people. Following the pastoralist community’s gathering for a seasonal prayer known as Kadhaa Waaqaa, special forces abducted 39 civilians and then executed 14 of them.

In the aftermath of the killings, Oromia state officials blamed the massacre on the rebel Oromo Liberation Army (OLA). However, activists, eyewitnesses, and the Abba Gadaa union pointed a finger squarely at the government and the Oromia Special Forces (OSF), a unit that has been accused of brutality in the past. The opposition Oromo Liberation Front (OLF) called the incident “a premeditated massacre that was perpetrated by the [Prosperity Party] PP government security and armed forces to quell civilians in cold blood”.

This January, two senior officials from the ruling PP itself blamed Oromia security forces too. State Minister of Peace Taye Danda’a and MP Hangasa Ibrahim were unsparing in their criticism. They effectively accused Oromia’s regional president, Shimeles Abdisa, of being unfit to lead amid growing corruption and insurgency. In February, the state-backed EHRC finally came to the same conclusion over who was responsible.

The shocking killings of Karrayyu last December came amid government fears of an enemy advance on Addis Ababa. In response, officials had called on all able-bodied Ethiopians to join the fight against Tigrayan and Oromo rebels. Karrayyu leaders had opposed this call, in accordance with their traditional commitment to the peaceful settlement of disputes. Given their neutrality, authorities in the capital reportedly feared that insurgents would use Karrayyu land as a route in their “march on Addis”.

It is in this context that the 14 people were abducted and executed. As a member of the Karrayyu, I knew them all. One was the most revered leader, Abba Gadaa Kadiro Hawas Boru. Some were my parents’ neighbours and friends. The younger victims were people I grew up with. Jilo Borayu Hawas – who was initially released but re-detained, tortured, and whose body was found in a dumpster on 10 December – was my cousin, mentor, and friend. They were all highly respected as our living libraries. They were custodians of indigenous knowledge of Gadaa institutions and held extensive expertise about resources such as medicinal plants passed down through generations.

The Karrayyu are a community of 101,000 fiercely independent people. They mostly live in the upper Awash Valley in the vast Oromia region, which as a population of about 40 million. Karrayyu are pastoralists who rear camels and cattle, and who have maintained their distinct way of life for generations. They are among the few remaining Oromo groups that still actively practice Gadaa, a socio-political system that organises society. Many also continue to practice Waaqefanna, the indigenous Oromo religion.

The Karrayyu have managed to maintain their traditions despite a long history of attempts to erase them and amid successive governments’ seizure of their grazing land. The regime of Haile Selassie, for instance, deprived the Karrayyu of 90,000 hectares, including ritual sites and graves, when it established the Matahara sugar plantation in the 1950s and then Awash National Park in the 1960s. Since then, the Karrayyu have lost more than 60% of their territory to settler occupation, development projects, and conservation initiatives that have blocked access to grazing and watering routes.

These programmes have done little to help the Karrayyu. After elders protested at the inauguration of the Matahara sugar factory in 1972, Selassie promised the community jobs, healthcare, and educational services, but the commitment was never fulfilled. Meanwhile, commercial projects largely import labour from elsewhere, employing Karrayyu only as guards or seasonal workers. Dislocated without compensation, the once self-sufficient community now suffer from extreme poverty and destitution.

These difficulties are compounded by environmental degradation. Before the arrival of the Matahara Sugar Estate, for instance, Lake Basaqa, a small pond created by rainwater in the wet season, was used by the Karrayyu to water their livestock in the dry season. Since then, the lake has exploded from 3km2 to 200km2, destroying pastureland and pushing pastoralists into the mountains.

The Karrayyu believe that drainage water and seepage from irrigation canals has swelled the lake and negatively affected the soil and ground­water dynamics. They also allege that toxic discharge from the sugar factory has polluted waters, making them unsafe for consumption. Locals suffer from uncommon ailments, and children have been born with abnormalities.

Karrayyu elders have pleaded with subsequent governments, including that of Prime Minister Abiy Ahmed, to mitigate Lake Basaqa’s expansion. They have heard little in response, which they interpret as an alarming disregard for their survival.

The increasing scarcity of grazing land and water has led to growing, and sometimes violent, competition among pastoralist groups. My older brother, Jilo Bulga, died in bloody fighting between Afar and Karrayyu. My cousin, Roba Jilo, was killed when attackers raided his cows and goats. This may well have been my fate too if I didn’t escape from an arrange marriage in 2001 and pursue education over the pastoralist way of life, as documented in an award-winning film. 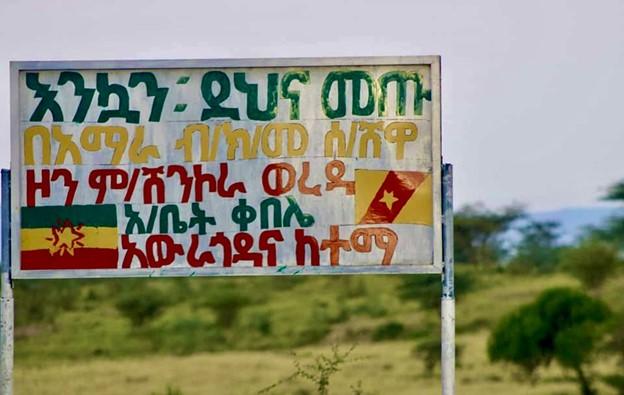 Over the last two years, militia and special forces from neighbouring Amhara region have also encroached deeper into our ancestral land, erecting signposts, building churches, and razing Karrayyu villages. They have even put up a billboard (picture above) that reads “Welcome to Amhara Region” 45km into Karrayyu territory and just 23km from the heart of Karrayyu land in Matahara town. This is far from the legal boundary. After locals repeated pulled down the illegal demarcation, federal police were deployed to guard it, signalling the federal government’s support for Amhara expansionism.

It is believed that the Amhara see an economic opportunity and long-term strategic advantage in seizing this land. Located along a busy transit corridor connecting Ethiopia and Djibouti, this critical highway and the Ethio-Djibouti Railway Line handles the majority of freight for landlocked Ethiopia.

Despite all these threats, the Karrayyu have managed to maintain their way of life, grounded in the widely revered democratic principles of Gadaa. Our recently slain leaders had resisted economic, territorial, and political pressures. They had amassed enormous traditional knowledge and enjoyed the respect not only of the Karrayyu but the wider Oromo population. And yet, they were identified for execution by armed forces taking orders from PP officials.

The attention that is being paid to Ethiopia is largely focused on the Tigray region, where the war rages on. If onlookers were to zoom out, however, they would see lawlessness, human rights abuses, and humanitarian tragedies well beyond that northern region. They would see the plight of the Karrayyu but also those of many other indigenous communities that lack organised voices and that are rarely talked about by the media or advocacy groups. Reports of brutality in many parts of Ethiopia, particular the centre and south, often do not get out due to communication blackouts and travel restrictions.

For the Karrayyu, the EHRC’s finding on the tragic killings in December provides an opportunity to start an honest conversation about the larger calamity in Oromia. The international community and voices in Addis Ababa should call for an independent investigation and justice for those killed. This could prompt inquiries into similar violations elsewhere.

If Ethiopian and Oromia authorities officially apologise, pay restitution, and hold the perpetrators accountable, they could open the door to reconciliation with the Karrayyuu. Left unaddressed, the unwarranted attack and lack of justice bodes ill for the future of Ethiopia and the region.