Fears around cultural appropriation are valid but gatekeeping is out of touch with the modern music marketplace. 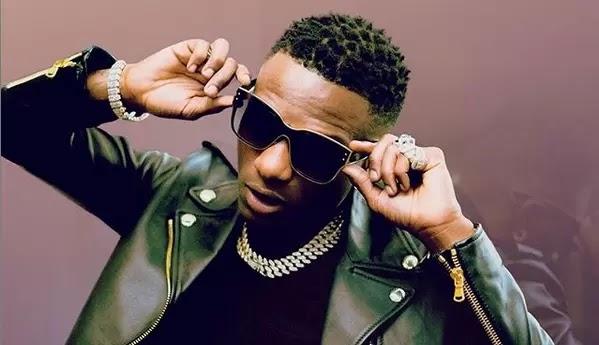 Wizkid, nominated in two categories for the Grammys 2022.

Lately, Afrobeats, Nigeria’s biggest music export, has been taking up a lot of space abroad.

In March 2021, Burna Boy won the Grammy for Best Global Music Album. A few days ago, Wizkid’s album Made in Lagos almost did the same. And Wizkid and Tems’ song “Essence” has been dubbed last year’s “song of the summer” and was certified platinum in the US after selling a million copies. Burna Boy is slated to hold a concert at the iconic 20,000 capacity Madison Square Garden in April 2022. And last month, Billboard launched the Afrobeats US chart, which was topped for the first time by the platinum-selling song “Love Nwantiti” by CKay.

This success has delighted many. However, with great power also comes great distrust. Now that Afrobeats is taking up the centre stage globally, some Nigerian fans are becoming concerned of cultural appropriation and that foreign enthusiasts will plagiarise the genre.

Lady Donli, a Nigerian singer, captured this unease when she replied to news of a Korean Afrobeats song, tweeting: “I am afraid it is time to gatekeep.”

The song “Monsters You Made” by Burna Boy ends with the voice of Ghanaian poet and academic, Ama Ata Aidoo, talking about how for centuries, all Western colonialists have done is to take from Africans until they have nothing left. For some Nigerians, Afrobeats is the latest artefact vulnerable to this same fate.

This sentiment manifested recently when Billboard credited Beyoncé and Drake for the rise of Afrobeats in the US. Many Nigerian observers hit back that the credit should go to Afrobeats artists themselves, like 2baba, D’banj, and Fuse ODG.

Similar frustration followed Fireboy DML’s announcement last year that he would be releasing a remixed version of his smash-hit song “Peru” with English singer Ed Sheeran. “The white man is really gentrifying all our hits damn,” @nicolezani22 replied on Twitter. “Why do y’all think you need white people to boost a fire song,” added @AkuaSaysRelax. The remix reached number 1 on the Billboard World Digital Song Sales Chart and number 2 on the UK Official Singles Chart.

While the history of exploitation is true, concerns around Afrobeats have to be understood in the context of the modern music marketplace. And the reality is that Afrobeats itself is an extrapolation of various international sounds like hip hop, dancehall, house, R&B and many others including, more recently, South Africa’s Amapiano. Furthermore, the nature of music does not lend itself to being limited to a particular community or country. Music has always been shared, borrowed and adapted, and social media has contributed immensely to the rapid exportation of Afrobeats far beyond West African shores. It is only natural that people from other cultures will fall in love with the genre, be inspired by it, and seek to experiment with it.

“I feel gatekeeping is ridiculous, and it’s people outside the game that usually make statements like that because, at the end of the day, music is a business”, says Ini Baderinwa, an entertainment consultant and co-founder of TXT Mag.

“[Afrobeats] is something people earn a living from. The more everybody does things with Afrobeats, the more our music gets more streams, more listeners, more money and more attention. As Afrobeats goes global, it also allows the major music players to invest in the Nigerian music industry, and we need a lot of investment in the industry”.

Indeed, the attention that Afrobeats generates has often followed expansionist drives further westwards. Wizkid and Tems’ “Essence” broke into the top 10 of the Billboard’s Hot R&B/Hip-Hop Songs Chart following its remix with Justin Bieber, a collaboration many critics claimed was unnecessary. After doing a version with Ed Sheeran, Fireboy DML’s “Peru” went gold in the UK and was acknowledged by the Peruvian government.

Nigerian music executives themselves speak highly of the cross-cultural nature of music, and they are acutely aware of the importance of international collaborations in terms of building and growing the base of Afrobeats. If Afrobeats has always thrived off mutual exchanges since D’banj frolicked with Kanye West’s G.O.O.D. music, what would be the reason for giving up on a strategy that has worked until now?

Perhaps Nigerians will have to learn to live with two distinctive realities – that they must fight the cultural appropriation of Afrobeats while also exporting it to the world.

Mauritius: How did the pyramids of Plaine ...

France, Russia, and shifting sands in the ...

Doyin Olagunju is a freelance journalist in Nigeria who also publishes National Cake, a weekly newsletter about Nigerian politics, policy, and culture.