The unaccountability of Liberia’s polluting miners

The government’s reports and fines have not yet been sufficient to stop communities suffering from poisoned rivers. 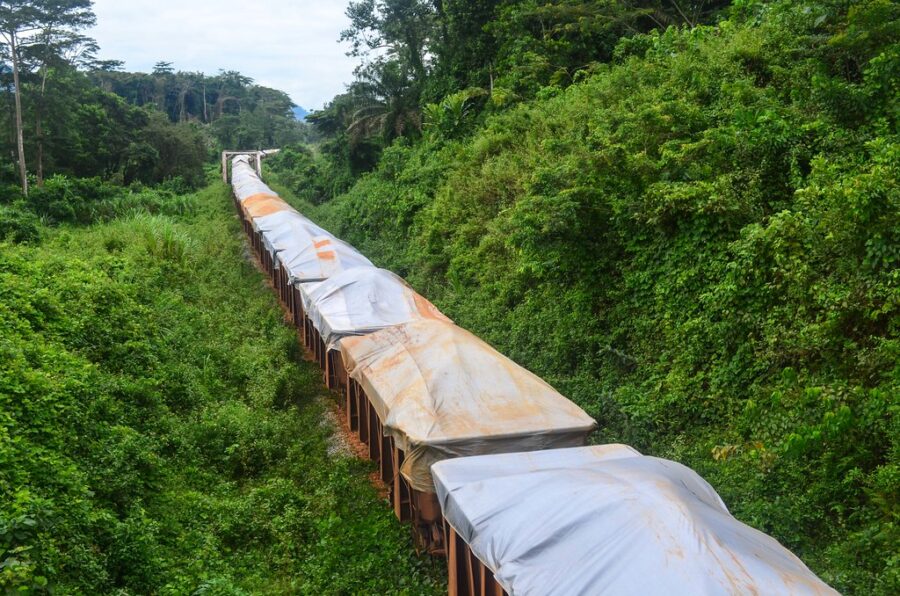 Last May in Grand Cape Mount County, Liberia, Varney* washed his face with water from the Mafa river. Two miles away, five-year-old Musa drank some water from the same source. These were common activities for members of the communities living on the banks of the river, yet soon after, Varney lost his eyesight and Musa died from diarrhoea. About thirty other locals suffered rashes and fevers as deceased marine life floated to the surface.

Preliminary analysis by Liberia’s Environmental Protection Agency (EPA) indicated that the river contained “higher than permissible levels of free cyanide”. It suggested the source was the gold mining company Bea Mountain Mining Corporation (BMMC), a subsidiary of the Canada-based multinational Avesoro Resources Inc. BMMC said it “categorically rejects and disagrees” with the EPA’s findings, claiming they were based on insufficient evidence.

Nonetheless, this is the not the first time the gold-mining corporation has been accused of polluting in the area. In March 2016, a defect in a processing plant led to a discharge of harmful chemicals, including cyanide and arsenic. Over 25 people fell ill and BMMC was fined US$10,000.

Similarly, in 2017, MNG-Gold, another subsidiary of Avesoro Resources Inc, was reported to have released three million gallons of toxic chemicals and heavy metals into Sein Creek in Bong County. A report by the National Bureau of Concession, a government agency, found that several people had complained of vomiting and bloody urine and stools in the area. It said the pollutants will remain in the environment for several decades to come and described MNG’s slow response as “wanton, reckless and inconsiderate”. Avesoro temporarily suspended its operations but claimed its own investigations found that “a small overflow of effluent” from its Tailings Storage Facility had led to “no adverse impact on any human settlement”.

Avesoro is also not the only mining company accused of pollution in Liberia. In a 2021 report, the independent research organisation Swedwatch found Firestone Liberia, a subsidiary of Bridgestone Americas Inc, to be responsible for high levels of toxic pollutants in the Farmington river.  People in nearby communities reported infections, rashes and nausea, and the river’s fish stock depleted. No action was taken against the company, which denied awareness of any negative impact its operations had on local inhabitants.

Whenever rivers in Liberia are polluted, people who rely on them for water suffer tremendously in terms of their health and livelihoods. As in many crises, however, women are disproportionately affected for a variety of reasons.

Pregnant women are more vulnerable to serious health problems from ingesting contaminated food or water. Women and girls need to clean water to maintain healthy levels of hygiene during menstruation. And with an estimated 72% of household water collected by women and 14% by children worldwide, it is these groups that are most exposed to robbery and rape when water needs to be collected from far away. Women and girls also tend to be expected to fulfill household duties that require water, such as cooking and watering crops. Their inability to do so raises the risk of domestic violence. Pollution also negatively affects people’s livelihoods, especially when it comes to fishing and farming. Women’s reduced income coupled with food insecurity makes them more vulnerable to sexual exploitation and abuse.

In response to allegations of companies polluting rivers, the Liberian government has conducted assessments, sometimes imposed fines, and re-affirmed its commitment to ensuring a clean and safe environment. However, its fines have always been lenient and insufficient to lead multi-million-dollar firms to significantly rethink their practices.

A more effective approach would be to review the rules and regulations for granting operational licenses to multinational corporations with strict thresholds on environment protections. The government ought to introduce clear and enforceable provisions that require companies to uphold basic rights, with specific acknowledgement of the unique burden on women and children. Non-compliance must result in the revocation of those licenses.

When it is clear that a mining company has violated its contract and caused suffering on local communities, the Liberian government must assert its sovereignty and hold multinationals accountable.

Africa Elections 2023: All the upcoming votes

Margaret Nigba is founder and executive director of Her Voice Liberia, a Counsel at Law, and an Aspen New Voices Fellow.