The Lubanga verdict: a fight against impunity’s milestone? – By Koen Vlassenroot 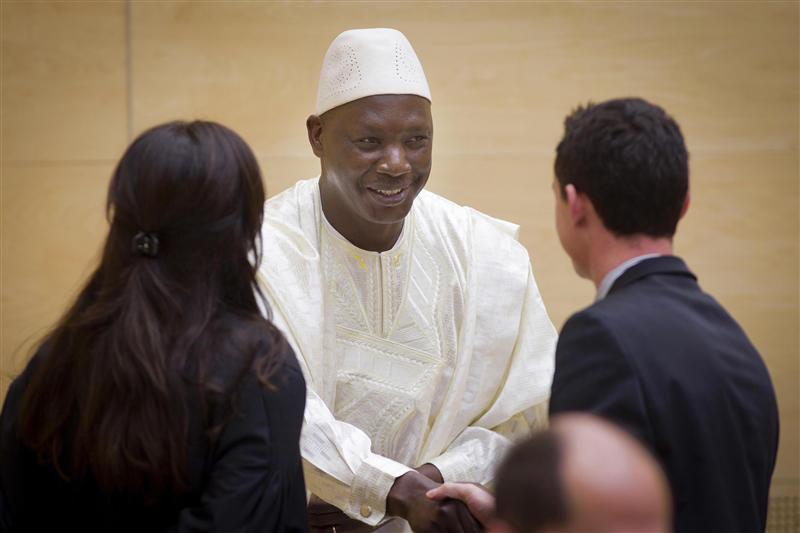 Thomas Lubanga at the International Criminal court where he was convicted for recruiting and commanding child soldiers.

It took the International Criminal Court (ICC) about six years to come to a conclusion in the case against Thomas Lubanga, a Congolese militia leader who was a leading figure in the Ituri conflict. Lubanga was found guilty of recruiting and using child soldiers under the age of 15 in his militia, the Union of Congolese Patriots (UPC), and for forcing them to participate in acts of war. Whilst critiquing the ICC for the limited charges brought against Lubanga, human rights groups lauded the ICC verdict as a milestone in the struggle against impunity and as a victory for the children forced to fight. The verdict has sent a clear message that these and other war crimes no longer go unpunished.

From the start, the ICC was seen as a tool to promote justice and peace, and an instrument to prevent atrocities against civilians. The obvious question is whether this verdict will help restoring peace in Ituri and will change the behavior of armed actors in the DRC.

First reactions on the ground suggest that there is limited reason for optimism. Even for those who have followed the case, few feel directly concerned – many believe the Lubanga case is an important step for the international community but will have limited impact on the ground. The charges against Lubanga are seen as far too narrow – his Ugandan, and later on Rwandan, supporters are being left untouched, and similar rebel leaders today have been awarded with leading positions within the Congolese army.

It is of course very tempting, as many have done, to refer to the case of Bosco Ntaganda, who was indicted for similar charges by the ICC in August 2006. Ntaganda used to be part of Lubanga’s militia and for many has been the movement’s real spin-doctor. Once the Ituri conflict reached its end, he was appointed General in the Congolese Army but refused the offer. He finally moved back to his home region in North Kivu, where he joined the Congrí¨s National pour la Defense du Peuple (CNDP) – a Tutsi-led rebel group that was in control of large parts of Masisi and Rutshuru and was headed by Laurent Nkunda. Supported by the Rwandan regime, he took over control of the CNDP and consolidated his local power basis through the conclusion of a power-sharing agreement with President Kabila. Today, he is a leading army general and the CNDP a full component of the Congolese armed forces in the eastern provinces.

This power-sharing agreement is an ultimate and cynical expression of realpolitik that considers Ntaganda as being a key to stability in the region. And in many respects he is. In return for control over large parts of the east, Ntaganda is ready to support Kabila’s regime. This policy has led to a semblance of control in the short term and helped Kabila to win the elections in the east.

In the longer term though, this scenario could turn into a nightmare. The growing military power of Ntaganda’s CNDP is causing high levels of frustration and provoking desertion after desertion within the Congolese army. A recent visit to the eastern DRC showed that in the territories of Kalehe and Walikale alone, at least 15 armed groups are operating today. Some have been recently created by disgruntled ex-army commanders; others rely on armed structures that operated during the Congolese wars. Some pretend to defend the interests of local ethnic communities, others are fighting against the “˜Forces Démocratiques de Libération du Rwanda’ (FDLR) and receive regular support from Ntaganda. Some try to unify different militias along ethnic criteria, other are concluding business deals with local traders in natural resources.

All these dynamics again are leading to a very fragmented and unpredictable military landscape that is skillfully exploited by a wide range of actors, including the Congolese regime and Rwanda, which maintains close ties with the CNDP.

It would thus be misleading to limit our attention to the individual cases of Lubanga or Bosco Ntaganda. One of the weaknesses of current efforts to promote international justice in conflict-ridden contexts is that war crimes are reduced to isolated individual cases. The “˜evil’ that has a face can be arrested or otherwise stopped – the clearest case being Joseph Kony.

Lubanga was an easy target. At the time he was transferred to The Hague, he was already politically neutralized and no longer posing any security threat. Things may be different with people such as Bosco Ntaganda, who holds one on the keys to stability in the east, and who is an essential element in Kabila’s strategy of control – including maintaining a delicate balance with Kigali. So let’s be realistic and limit our ambitions. Sending Bosco to The Hague may do some good and would send a clear message that war crimes committed no longer go unpunished. But it will have limited impact on those dynamics and mechanisms that are defining current realities on the ground. There will be no lack of new Lubangas and Boscos as long as there is no serious effort at state building in the DRC.

Diary – Inside the Shadow World: Feinstein ...

While catches have dwindled elsewhere due to the climate crisis and over-fishing, traditional stewardship has helped Mbenje island buck the trend. Hundreds of years ago, Mbenje Island was home to ...
By continuing to browse the site you are agreeing to our use of cookies.