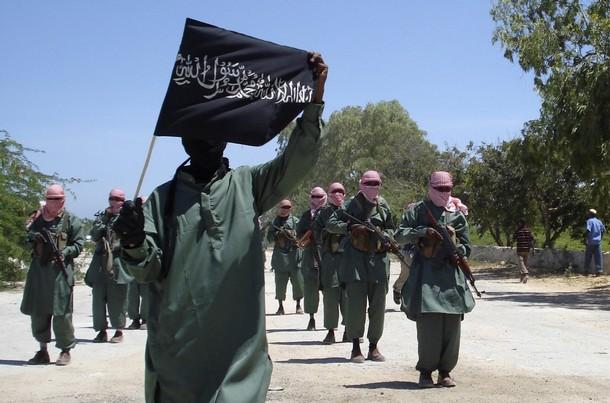 Last month, the radical Islamist group al-Shabaab, which controls vast swathes of territory in south and central Somalia, declared it was joining the al-Qaeda Network. The announcement was hardly surprising: the two groups have been courting each other for years. They’ve also been collaborating against the weak but internationally recognized Transitional Federal Government (TFG) and the African Union peacekeepers, known as AMISOM. Yet the timing of the announcement sheds some light on the intricate relationship between the two jihadist entities.

The al-Qaeda leader responded with a vague support for “the cause of jihad” in Somalia, but he stopped short of formally endorsing al-Shabaab’s Somali leadership as al-Qaeda’s agents in East Africa. It would take more than two years – and the death of Bin Laden – before that happened and al-Shabaab was formally admitted into the global jihad network.

The delay in the merger is emblematic of the complex and often tense relations between the two groups. There were however three factors that eventually helped seal the deal.

Firstly, it was the sudden death of Bin Laden in May 2011. The al-Qaeda leader never trusted Godane, the Shabaab leader, in part because he doubted his global jihad credentials. Still, Godane wanted to become the head of al-Qaeda in East Africa, or AQEA. But Bin Laden was adamantly opposed, as he was known to place a high premium on personal confidence over the people he appointed to senior leadership posts.

Instead, Bin Laden wanted to appoint Fazul Abdullah Mohamed, the top al-Qaeda operative in East Africa, to lead AQEA. Also known as Fadil Harun, the Comoros Islands native was suspected of masterminding the 1998 bombings of U.S. embassies in Kenya and Tanzania. Together with two other al-Qaeda operatives in East Africa (who were both killed by the U.S. in separate attacks), Harun was hiding in Somalia for more than a decade. He was killed in June 2011 by TFG troops near Mogadishu after he uncharacteristically wandered into a checkpoint. Based on the circumstances he was killed and documents confiscated from his vehicle which I have had access to, it was clear that he was set-up by Godane amidst a bitter fight over the leadership of AQEA.

The death of Harun – and Bin Laden’s a month before him – paved the road for the new al-Qeada chief, Ayman al-Zawahiri, to deputize Godane as the head of AQEA.

Secondly, with Harun out of his way, Godane sought to neutralize his main rivals within the al-Shabaab structure, who oppose the global jihadist orientation of the organization and advocate for a nationalist insurgency. This faction is led by Sheikh Hassan Dahir Aweys, Somalia’s best known holy warrior, and Mukhtar Robow Abu Mansour, a powerful commander whose militia constitutes a significant chunk of al-Shabaab’s fighting force.

In recent months, Aweys and Robow have been sending signals that suggest, with the right conditions, they are willing to open a dialogue with the TFG and the international community. Their main demands are the withdrawal of AMISOM troops, imposition of Sharia as the law of the land and a comprehensive amnesty scheme that would include the removal of their names from the U.S. and UN terror lists. They’ve also hinted that they don’t oppose replacing AMISOM troops with peacekeepers from Muslim countries. The two men’s contacts with the outside world were becoming semi-public and a little uncomfortable for al-Shabaab’s leader.

Hence the al-Qaeda banner. Godane is cognizant that he would make it almost impossible for the “˜nationalist’ faction to maintain the negotiations track. Anyone talking to Aweys and Robow after the merger would almost certainly be facing the wrath of the U.S. government, which is vehemently opposed to negotiating with al-Qaeda.

Still, the joining of al-Qaeda marks a turning point for al-Shabaab. The ripple effect is only now crystalising. In a short video released recently, one of the group’s top foreign fighters says he might be killed by a rival faction over differences of opinion “in Sharia and strategy.” The subdued tone of Omar Hammami, also known by his nom de guerre Abu Mansour al-Amriki, is by far the clearest evidence of deep cracks within the upper echelon. Although he didn’t say which faction is trying to kill him, presumably it would be the “˜nationalist’ wing as Hammami  had advocated for the union with al-Qaeda.

Thirdly, al-Qaeda was having a debilitating space problem. Deprived of its strongholds in Afghanistan, and increasingly under the punitive eye of U.S. drones in Pakistan and Yemen, al-Qaeda operatives were rendered virtually motionless. Somalia was the only country in the world, where half of its territory (which is the size of Texas), is under the total control of a sympathetic radical Islamist movement. Even if al-Zawahiri, like Bin Laden, was reluctant to appoint Godane, an amateur jihadist in the standards of al-Qaeda, to lead AQEA, the real estate under his command was a precious asset for global jihad.

Over the past few years, hundreds of global jihadists from around world, many members of al-Qaeda, flocked into Somalia from where they’re operating largely unimpeded. The U.S. has deployed some of its drone assets to the region, and has successfully eliminated several al-Qaeda targets in Somalia. But the country is still the best theatre of operations for al-Qaeda. Nowhere in the world does al-Qaeda have such a large and contiguous area of activity. Recent aerial surveillance footage shows the proliferation of training facilities across south and central Somalia, much of which is run by al-Qaeda operatives.

Taken together, these factors created the conditions for a marriage of convenience between al-Qaeda and al-Shabaab. Each side benefits handsomely from the merger. Still, the so-called nationalist camp has an opportunity to distance itself from the global terror network and negotiate its way of the crisis.

Abdi Aynte is a Somali-American journalist. He works for Al Jazeera.

Resource Nationalism in Africa: what it means ...