Politics
Home›African Arguments›Politics›Saturday Night Fever by the lake: on youth and life in Burundi – By Kris Berwouts

Saturday Night Fever by the lake: on youth and life in Burundi – By Kris Berwouts 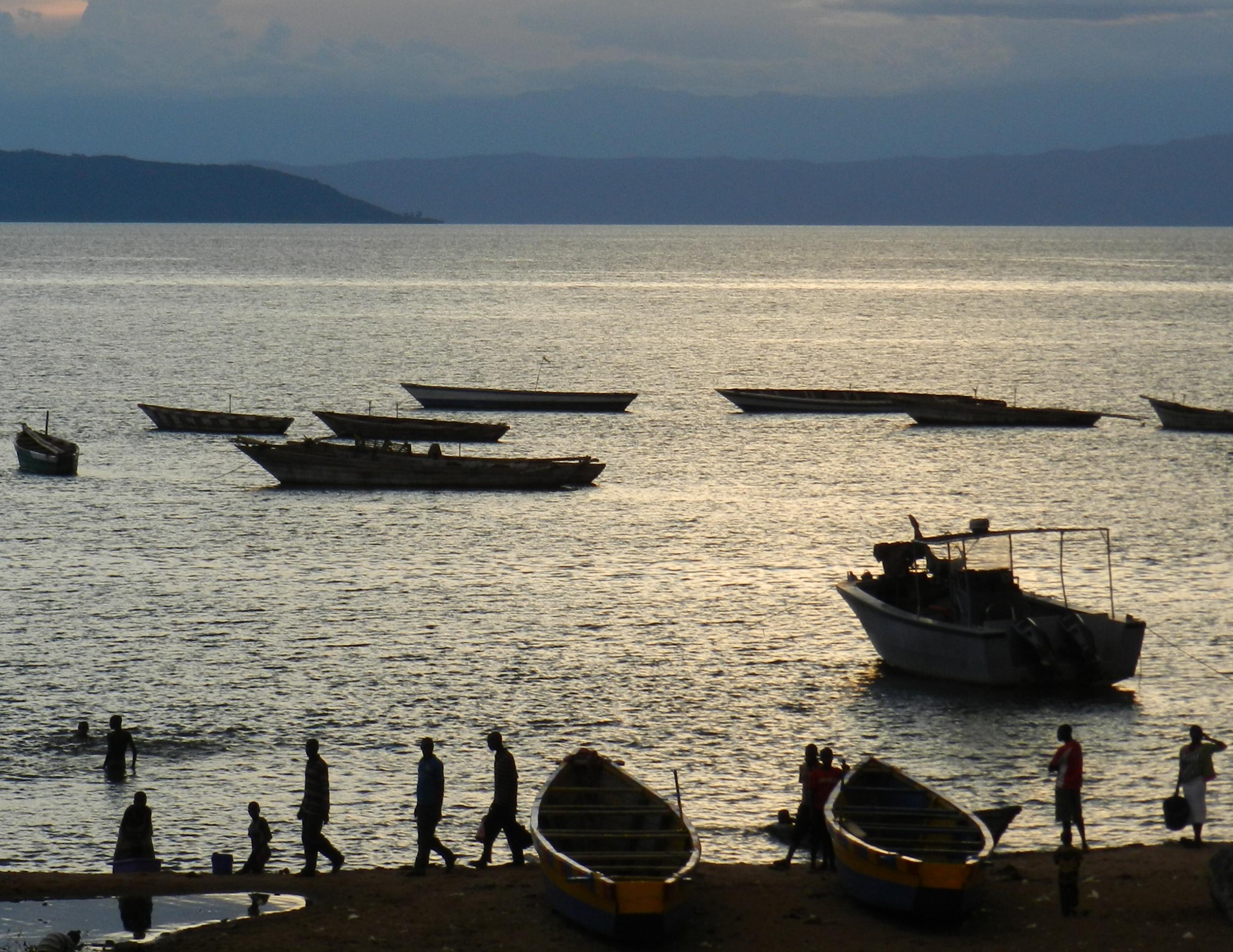 The view from café Au Panorama Du Lac - the hottest ticket in Rumonge.

I don’t know much about nightlife. Not in Belgium, not in Africa. Least of all do I know about nightlife in Rumonge, Burundi. But last week I was hanging around there with a pal from Belgium and we wanted to have a pint or two on Friday evening. It took us about an hour to find a spot with the minimal infrastructure to do so. Eventually they offered us some bottles and two chairs (we had to share the only glass).

My pal has more of a gut feeling than I do for these things, so it was he who discovered that café Au Panorama Du Lac turned into a boí®te de nuit every Saturday evening. The next evening we arrived around midnight, paid the 40p entry, and sat down at the bar. We soon became part of it – everywhere the steaming bodies of the local youngsters whirled and swirled around us and each other. My pal whirled with them for a while, but I limited myself to the usual small talk at the counter.

However, talking wasn’t that easy. The music played loudly, but instead of the usual Congolese hits you hear in most places I visit in Central Africa, the DJ spun a catchy mix of all the contemporary genres from the region. A lot of Zambia and Tanzania was bursting out of the speakers, occasionally some South African and Angolan songs, and once even a Nigerian record, which at some point must have ended up on the wrong bus.

It wasn’t just the music, but also the dancers, that came from afar. They were all Burundian, but each of them had his own story. Many of course were returnees from the Tanzanian refugee camps. But Ali talked about Malawi and Johannesburg (among other places), and Ibrahim lives in Kenya. He was born there but his parents had fled from Rumonge a long time ago. He will never live in Burundi, but every now and then he visits his family.

The dancing became more intense and explicit as the morning came closer and our new friends enthusiastically presented us to their girlfriends. If we felt the urge for an extended tíªte-í -tíªte with one of them until dawn, that could also be arranged. The proposal touched us deeply, but we didn’t accept.

One week on neither Ali nor Bill Clinton join the party

A week later I went back – there was nowhere else to go on a Saturday night and my friend had already departed for new horizons. Same room, different DJ, different crowd. The magic was gone. They played the kind of second class American muzak people seem so fond of in Ugandan and Rwandan bars.

Eventually I discovered that this week the crowd was made up from people who had jobs. Most of them were from Bujumbura and worked here in the port. Last week’s have-nots were nowhere to be seen. So no trace of Ali and his friends.

Neither did I spot “˜Bill Cinton’ – I had met him that morning in the matatu I had traveled to Rumonge in. Space (or a lack of it) required Bill to practically sit on my lap for 75 km. We soon got to know each other. He was born in October 1993 and his parents had named him after their favorite historical personality at the time. He grew up in Tanzania and studied in Bujumbura, but he came over to Rumonge to spend the weekend with his family. It is incredible how many youngsters of his age you meet on Burundi’s roads, keen to talk for a while to improve their French or English, curious to know how things are organized where we come from, eager to share their thoughts about life here.

I didn’t stay for long. When I left the building, I nearly tripped over Ali’s feet. He somberly sat on the terrace – unwilling to spend 40 pence on a lame and boring party like this. He seemed to be waiting for someone to buy him a pint, so he was happy to see me.

At 26 he is older than he looks and has been out of Burundi for ten years – at the age of 15 he decided that he wanted to see the world. “I had collected all the money I could find (not much, anyway) and I stepped into a bus nearly on my doorstep. I drove to the Tanzanian border, then I hitchhiked to Kigoma where I took a train to Dar es Salaam. From there I traveled to Malawi. I always stayed for some weeks at the same place, I made myself some kind of a living as a hairdresser. Not that I knew anything about cutting people’s hair, but I learned quickly. Especially those trendy haircuts youngsters like a lot. The aim was to reach Johannesburg, I had some family members there. I arrived there but I didn’t stay for long. South Africa is a harsh society. So I left for Mozambique. Marvelous country. I lived there in three cities, never for a long time. Until I decided I wanted to see Zambia.”

On his third day in the country Ali was arrested because he didn’t have valid documents. He found himself in prison as an illegal foreigner. Seven years later the prison gates opened again and Ali considered it high time for a period of re-resourcing. So he returned to Burundi. “I am living with my mother for a year now. I help her in the field. She was very amazed when she discovered that I could work as a farmer. I had never done that before I left the country. But the Zambians deploy their prisoners in agriculture.”

“It is getting time to move on. Prospects aren’t very good here for young people. There are hardly any jobs. Most of us help our parents, like me. Or try to work as a driver. Earn some peanuts in the petty trade or catch fish. But few of them ever manage to arise from the spiral of poverty. For girls it is even more difficult, as you can imagine.  I have no future here. If I obtain proper documents, I will go back to Mozambique. That is an entirely different world, compared to the rest. And I love Portuguese.”

Ali has been away for ten years. All those languages in all those countries have erased his French almost entirely. His Kirundi remained more or less intact. You can find emigrant Burundian communities nearly everywhere. Swahili has become his first language and the only one in which we can communicate properly. I am curious to see where he will emerge.

The right to a future

At breakfast I meet Aniceth. He works in the hotel as the receptionist and is one of the cool birds I met at yesterday’s boring party. He had a drink or two too many there, so now he’s struggling a little. “I’m one of those who are better off,” he grins.

“At least that is what they say, because I have a diploma and a job. I studied industrial electricity, but as you can see there is not much of an industry around here. In the mean time I found this lousy job in this f***ing hotel. I got stuck here, 24 hours a day, seven days in the week, for 25 quid a month. I don’t even have the time to seek another job. I’m the hostage of a job I can’t even live from. The only difference with the other guys is that, when I go out on Saturday, at least I can afford a couple of drinks…”

Poverty makes young people vulnerable and easy to manipulate. In recent years, Imbonerakure, the youth league of the ruling CNDD-FDD, has become a problem – an instrument to intimidate opposition and other dissident voices. “My generation has nothing to do with the wars of the past,” says Aniceth.

“We don’t even understood what it was all about. But we can feel the seed of another war germinate. And this will not be about Hutu and Tutsi. It will be about exclusion, about the lack of prospects for those with no access to land or proper jobs. We do have the right to a future too, don’t we?”