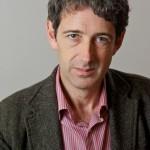 The World Peace Foundation invites you to submit questions in response to this article for Alex de Waal to answer. You can submit a question as a comment to this article, through our facebook page, or via twitter (follow us @WorldPeaceaFdtn) at#AfricanrolesinLibya. We will be accepting  until next Wednesday, March 20, 2013. De Waal’s responses will be posted on this blog.

Libya’s relationship with sub-Saharan Africa has been complex, troubled and misunderstood, both during the rule of the late Libyan leader Muammar Gaddafi and the conflict that culminated in his overthrow and death. The Libyan conflict of 2011 divided Africa, but nonetheless the African Union (AU) was able to agree on a political strategy aimed at achieving a negotiated settlement and power transition.

The AU’s peace initiative was launched in March 2011 and, contrary to widespread perception that the AU sought to prop up Gaddafi, it offered a credible and balanced option of a negotiated solution. United Nations Security Council resolution 1973 expressed support for the initiative, but in the event France, Britain and the United States blocked its chances of success.

This article draws on evidence and analysis provided by the AU officials involved. It details the process whereby the AU adopted and implemented its decisions, and describes the AU’s diplomatic engagement with Gaddafi and the National Transitional Council. The article also draws on information provided by Sudanese military and intelligence officials, providing an account, hitherto untold, of how the Sudanese government supported the Libyan opposition with military supplies, training and intelligence, in tacit cooperation with NATO countries.

The article concludes with reflections on how the Libyan conflict has had an impact on the doctrine of the “˜responsibility to protect’, on the AU, and on Libya’s relations with Africa.