Sustainability certifications: working better than you think – By Eleanor Whitehead 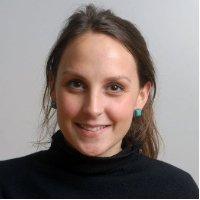 Voluntary certification schemes like Fairtrade face mounting criticism, but emerging evidence shows that the impacts for those involved are broadly positive

Nestled under the mountains of the Western Cape, in the heart of South Africa’s famous wine country, Fairtrade has established one of its largest global projects – Fairhills Wines. Ethically-minded consumers might recognise the name: the Fairhills brand is sold by most major UK supermarkets.

Those to have purchased a bottle of that certified wine will have paid a premium – and on the ground, you can see the effects. Since its inception in 2005, Fairhills has invested $1.8m of the Fairtrade premium in local services, including a primary school, and three brightly-painted nurseries which provide daycare for over 200 of the Fairhills children. Meanwhile, Fairtrade is guaranteeing its workers – many of whom did not previously receive a regular income – a base price of R590 ($63) for a ton of grapes.

Fairhills is a classic case study for the benefits of third party certification – a market-based system that functions on a simple premise: a product receives a stamp once its producers have met various economic, social and environmental criteria aimed to create sustainable livelihoods. Ethically-conscious supermarket shoppers pay a premium to purchase labelled goods, satisfied that their cash is catalysing development thousands of miles away. Anything wrong with that?

Well, actually, yes, sceptics argue. Their list of concerns is long, but high on it is the question of efficacy. Because most certification schemes lack the capacity to monitor their impacts on a systemic basis, the primary indicators of success to date have been anecdotes. Fairtrade, as well as other leading standards like Rainforest Alliance and UTZ, can cite tens of case studies like Fairhills. But the problem with best-performer stories like these is that they say little about the wider impacts of the standards. In other words, there is scant evidence to show that they are working at all. And with sales of certified products booming, the lack of serious insight has become a concern.

“There is very little effective, empirical data related to voluntary standards, so what’s right and wrong is up in the air,” says Daniele Giovannucci, president of the Committee on Sustainability Assessment (Cosa), a non-profit consortium. “If this problem of sustainability is as serious as we say it is – and it is – why are we not taking a practical, business-like approach to measuring performance? We need to know if we are getting a return on investment or not. The absence of such good data is appalling.”

But that is beginning to change. The Cosa has spent the last three years gathering data on voluntary schemes – and its findings seem to be proving sceptics wrong.

“On the whole, across countries and certifications, we do see that on critical indicators the performance of accredited producers improves relative to non-certified producers,” Mr Giovannucci says. “The level of training that certified farmers receive is substantially greater than the level provided under conventional public systems, and that is often a precursor to building farm capacity. The levels of environmental management tend to be significantly better. Income tends to increase too. Are the effects always positive? Absolutely not. But on average we are seeing that they are having a benefit.”

In Tanzania, the results of Rainforest Alliance certification are also “motivating”, a separate Cosa report says. “Certified coffee producers in Tanzania tend to have higher… net incomes due in part of better productivity and cost-management,” it states.

As for Fairtrade, less information is public. But Cosa’s multi-country data do suggest that farmers with that certification have yields that are, on average, 8 percent higher than their non-certified peers.

Other problems persist. Because high levels of investment are often required by the private sector and donors to help farmers get certified, measuring the cost of gains is hard. In Fairhills, Origin Wine – one of the partners in the project – had to make significant investments to get farm workers accredited: “The outlay is huge, particularly in terms of making sure the farmers’ houses are meeting standards,” explains Lise Ewins, the group’s brand manager. Origin Wine “probably won’t make back that investment, but it’s worth it to help reach those basic standards and to get these benefits”, she says gesturing to the school.

“The outcomes of voluntary sustainability standards are positive, but would the net economic return be a negative one? We don’t know yet,” Mr Giovannucci says.

And while progress is positive for certified farmers, none of the findings answer the bigger question of whether voluntary certifications actually do more harm than good by excluding the world’s poorest farmers, who can’t afford to meet their criteria. Incorporating those farmers into global supply chains will require bigger reforms in OECD-region subsidies.

But while global trade talks continue to stagnate, the multi-billion dollar certification industry is booming. There are now more than 420 voluntary certification schemes in the market. Fairtrade’s 2011 sales were up 12 percent on 2010, while Organic’s global sales topped $60bn – more than triple their value the decade before. Rainforest Alliance, meanwhile, doubled the total area of certified farmland to 2.2m ha last year, increasing its number of certified producers by an astounding 204 percent to 770,000 over the year.

As the sector grows, it’s good to know that the benefits are being felt by those involved, at least.

Eleanor Whitehead is a reporter with This is Africa, a publication from the Financial Times Ltd.