Politics
Home›African Arguments›Politics›Framing death – how will the world mark the passing of Nelson Mandela? – By Keith Somerville

Framing death – how will the world mark the passing of Nelson Mandela? – By Keith Somerville 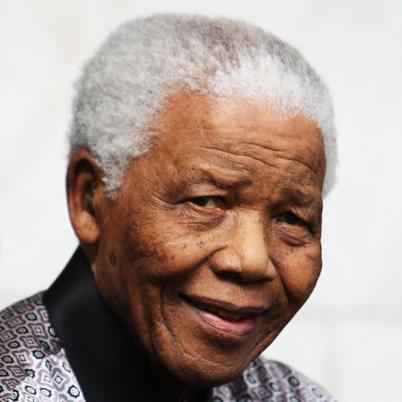 When I woke up on Saturday 8th June and looked at the leading stories in the news I felt a shiver.  Again, South Africans (and many in the rest of the world) are dreading the news that Nelson Mandela’s lung infection has claimed the life of one of the towering figures of the 20th Century. In Britain, many are concerned about the health of Prince Philip, the Queen’s husband.  For a journalist this sets the pulse racing but also triggers a background plea of “don’t let it happen on my watch” and “please, please don’t let them both go at once”.

Reporting the death of a public figure is a necessary but tricky task for a journalist, all the more so when it is someone as respected and revered as Mandela.  No politician or world leader is perfect or spotless, but, for many, Mandela comes as close to it as you can.  Every word written, published, broadcast during his illness and once he dies will be weighed against reputation and reverence.  Journalists waiting outside the hospital will be labelled vultures, by some.  But the public does want to know what’s happening – although they probably don’t need the endless and pointless updates where the hapless journalist is asked over again, “what’s the latest” when there is nothing new to say.  When the moment comes and reporting on health becomes the long-drawn out reporting of death and looking back on life, producers and editors have a tricky task.

Obituaries and rolling coverage of death and reactions to it are difficult things to manage.  Journalism, as I’ve written before, is often dominated by framing. What do you put in your picture frame, how do you frame Mandela, how do you frame South African and world reaction?  With a leader of his standing you will want to reflect the passing of a great man, the mourning of South Africans, reactions from those who knew him and other world leaders.  You will want to frame his life and achievements. But how critically or analytically?  How soon and to what extent do you draw attention to failings; when do start asking the hard questions about what next?

These are very difficult questions and ones I’ve faced live on air, as a programme editor and planner and as a trainer of journalists.  In Britain, the broadly anti-BBC Daily Mail has in the past seized on news of BBC royal death rehearsals as a means of bashing the corporation and suggesting that somehow this is something bad, almost willing the death of a royal.  But you have to rehearse such things – you must get the facts right, the procedures of developing the story from death to obituary to what next to reactions; at some stage you may have to get into the controversial and tricky area of looking at the negative idea of the person who has died.  This latter point is tough – how soon do you do it, how much do you uncover the defects of a public figure?  I faced this when running the first 10 hours of live world service coverage of the death of Princes Diana – when to get into criticism of her role and life.

As an editor and as a trainer of journalists I’ve been involved in rehearsing deaths and planning coverage.  As early as 2004, I spent a whole day with the BBC African Service running through an imaginary scenario in which Nelson Mandela was killed in a car crash.  There were heated discussions of how we dealt with the issue of Winnie Mandela, of the decision of Mandela and the ANC to opt for violence.  When it comes to weighing his political career how do you deal issues like the ANC’s relationship with the South African Communist Party and do you mention the belief of many analysts that Mandela had been a party member? How do you cover the violence in the townships between the ANC and Inkatha?  And a more recent and contentious issue, what do you say about the business role of his children and grandchildren and the court case over family assets? They are part of his legacy, but do you mention them and if so, when?

These things will now be going through the minds of editors across the world, especially in South Africa.  They will be agonising – and that is a good thing.  In journalism context and tone are all and they must get both right.  By discussing this, no doubt some will see my writing this piece as morbid or as wishing for death to come to bring a big story.  But this has to be done.  You will want your coverage to reflect the man, his achievements, every facet of his character and life and the times in which he lived.  You must do Mandela and South Africa justice and not make a sad occasion one in which to wallow in sentiment, but rather to celebrate and appreciate an amazing man, but a man, after all.

Keith Somerville is a Senior Research Fellow at the Institute of Commonwealth Studies; teaches Humanitarian Communications at the University of Kent; and runs the Africa – News and Analysis website (www.africajournalismtheworld.com). He worked for the BBC for 28 years.

Egypt/Ethiopia: There will be no water war ...

Cameroon’s courting of Russian support has left France on the back foot.  Emmanuel Macron landed in Cameroon last month as the first French president in a decade fighting for his ...
By continuing to browse the site you are agreeing to our use of cookies.