Politics
Home›African Arguments›Politics›Egypt/Ethiopia: There will be no water war in the Nile Basin because no one can afford it – By Seifulaziz Milas

Egypt/Ethiopia: There will be no water war in the Nile Basin because no one can afford it – By Seifulaziz Milas 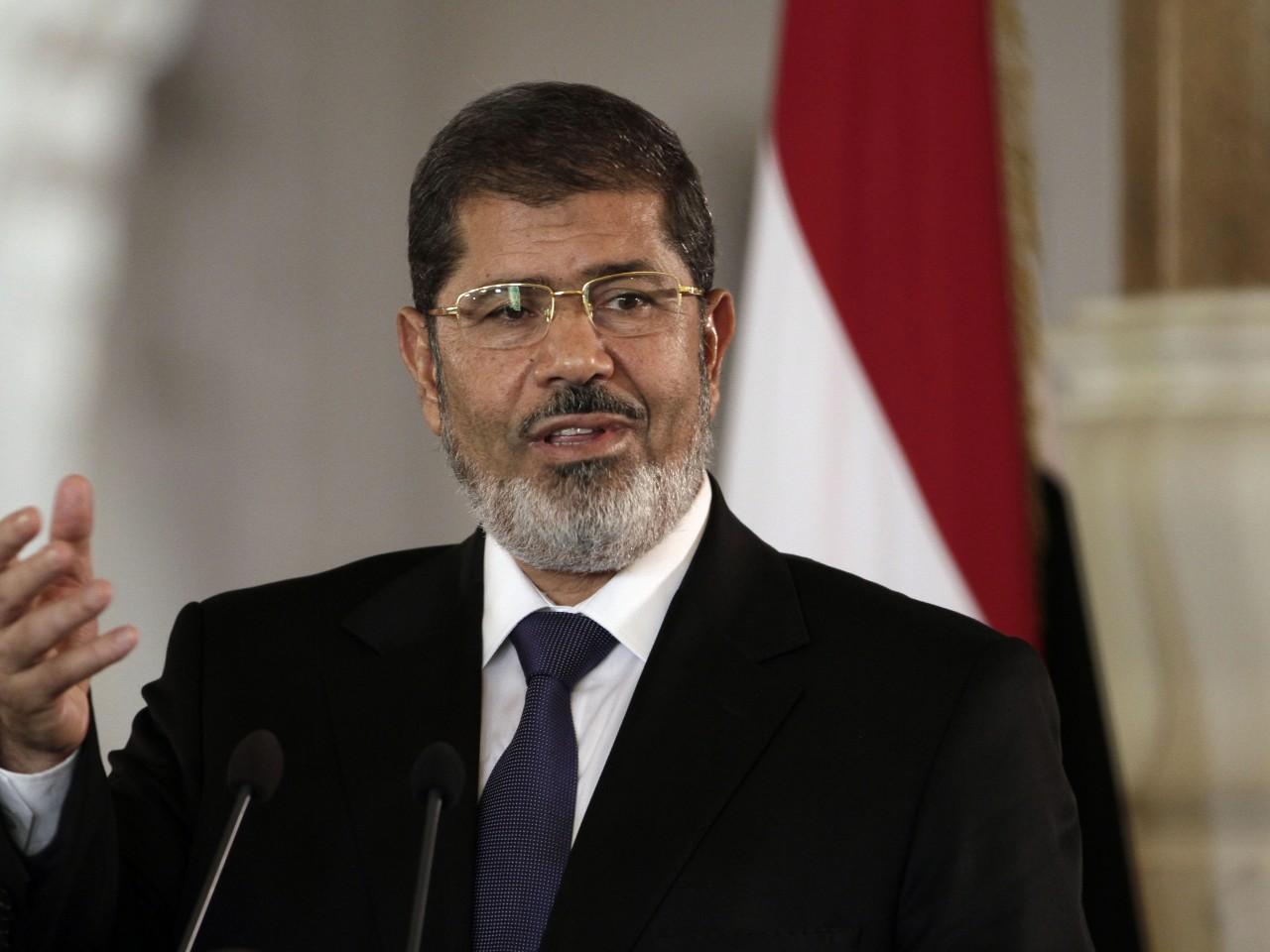 Egyptian President Mohamed Morsi has tried to dampen down embarrassing suggestions that Egypt might use military power over disagreements concerning the Nile waters.

The comedy started last Monday when the Egyptian President Mohamed Morsi invited leading politicians to discuss the report of a tri-partite Egypt-Ethiopia-Sudan commission. The commission had recently conducted a one year study on Ethiopia’s plan to build a hydropower dam on the Blue Nile; the source of most of the water reaching Egypt and Sudan. Some three days earlier the commission had reported that the hydropower dam would not significantly reduce the flow of water to the downstream countries.

This coincided with a report that Ethiopia had diverted the flow of the Blue Nile (by some five hundred meters from its normal channel) as part of the process of construction of its $4.2bn Grand Renaissance hydropower dam, now about 20 percent complete. This provided the occasion for the politicians to engage in one of their favorite pastimes: repeating time-worn myths about the river Nile, their ownership of it and their readiness to fight over control of its waters.

An aide to President Morsi later apologised for failing to inform the politicians that they were live on air, which allowed viewers to watch them discuss plans to sabotage the dam and undertake a variety of other hostile acts against Ethiopia. The suggestions included aiding rebels inside Ethiopia and destroying the dam itself. Ethiopian officials have long accused Egypt of backing anti-government rebels in Ethiopia.

Getachew Reda, a spokesman for Ethiopian Prime Minister Hailemariam Dessalegn, was quoted on Tuesday as saying that Egyptian leaders had unsuccessfully tried to destabilize Ethiopia in the past. Morsi did not directly react to this suggestion, but concluded by saying that Egypt respected Ethiopia and its people and would not engage in any aggressive acts against it. However, on Wednesday a senior Egyptian official was quoted as saying that Egypt will demand that Ethiopia stop building the Blue Nile dam.

Getachew Reda responded with the following statement: “There are on the one hand people who still think that they can turn back the clock on Ethiopia’s development endeavors including of course the construction of the Renaissance Dam…Second you have people like President Mohammed Morsi, who according to the reports, said to have stressed said that there is no point in trying to force Ethiopians, but the best solution would be to engage to Ethiopians.”

Meanwhile, Ethiopia has summoned the Egyptian Ambassador to explain the hostile remarks and the Ethiopian Ministry of Foreign Affairs says that it is demanding an official explanation.

Three days earlier the report of an independent panel of experts from Egypt, Ethiopia and Sudan had concluded that the hydropower dam would not significantly reduce the flow of water reaching Sudan and Egypt, both of which are highly dependent on the Nile waters. Hydropower dams do not consume water – the water merely has to pass through the dam’s turbines and come out the downstream side to produce hydroelectricity.

However, for decades Egypt has spent considerable effort propagating various myths about the Nile, including the myth of Egyptian ownership of the Nile waters based on “international law” and the attendant myth that Egypt would respond militarily against any upstream country that dares to interfere without Egypt’s permission.

Egypt justifies its claims to ownership of the Nile waters by reference to two treaties, neither of which is relevant to Ethiopia (the source of the Nile waters). The first is the 1929 treaty between Britain, which controlled Egypt at the time (and needed Egyptian cotton as raw material for its textile industry), and the British colonial governments in the upper Nile basin colonies of Sudan, Uganda, Kenya and Tanganyika. The 1929 treaty prohibited the upstream British colonies in the Nile Basin from building water infrastructure on the Nile without Egypt’s permission. This, of course, was not relevant to Ethiopia (which was never a British colony); though it was the source of 86 percent of the Nile water reaching Egypt.

The second treaty was a 1959 bilateral agreement between Egypt and Sudan to divide the Nile waters between the two of them at the rate of 75 percent for Egypt and 25 percent for Sudan. Of course they had every right to divide such water as entered their territory, but this could not affect Ethiopia, which was not a party to their bilateral agreement. This agreement was made redundant in 2010 when Ethiopia and the other upstream states signed the Comprehensive Framework Agreement (CFA), aimed at ensuring the equitable access of all Nile basin states to use of the Nile waters.

The Renaissance Dam has been under construction for the past two years in the Blue Nile Gorge near the border with Sudan in an area unsuitable for irrigation projects, as any arable land would be at a much higher altitude than the river. The dam is expected to produce around 6000 megawatts of electricity, making it Africa’s largest hydroelectric power plant.

Egypt claims dependency on the Nile waters as the basis for its development requirements, and the source of 97 percent of its water supply. It proclaims the Nile as a strategic priority and its foreign policy focuses on the need to control the Nile flow and maintain the status quo regarding regional patterns of water distribution. From its strategic perspective Egypt has always been concerned that control of the Nile flow by others could threaten its own security.

But Egypt has consistently tended to over-estimate its own capacities and needs, and to seriously under-rate those of the countries and peoples to the south. Had it been otherwise, it might have made a more rational assessment of the resources and potential of the Nile Basin and its diverse peoples and interests. This might well have led it to understand that its own long-term interests might lie in seeking cooperation and consensus, rather than an ultimately unsustainable focus on hegemony and confrontation. Nevertheless, it opted for hegemony that it lacked the capacity to sustain, and threats of confrontation that could only run counter to its unrecognised, but no less vital, need for upstream cooperation.

For more than three decades Egypt’s political leaders have claimed “˜historic rights’ to control of the Nile waters, punctuated by threats of war against any upstream country that might attempt to build dams or water infrastructure on the river. This became a prominent feature of Egypt’s Nile policy after the construction of the Aswan High Dam by the Soviet Union. The late President Anwar Sadat realigned his country with the West, made peace with Israel and announced that the only thing that could bring Egypt into war again would be if any country threatened Egypt’s control of the Nile waters.

This announcement was aimed less directly at the upper Nile basin states than at the World Bank and other International Financial Institutions (IFIs). Egypt’s peace agreement with Israel opened Cairo’s way to aid agreements with the United States and to Egyptian access to strategic positions in the World Bank and other IFIs which they could influence against lending for water infrastructure in upstream states without the agreement of downstream states.

Until recently, Egypt was able to derive considerable comfort from the knowledge that after decades of unrest, disasters and economic collapse, the upper basin countries had little hope of financing any significant water infrastructure on their own. To build it, they would need loans from the International Financial Institutions (IFIs), which were unlikely to be available without Egypt’s agreement, especially in view of propaganda that such loans might possibly lead to war. Now however, there are many other sources of funding, like China.

The way forward is increasingly clear. There will be no water war in the Nile Basin, because no one can afford it, least of all those who talk most about it. For Egypt, Ethiopia and Sudan, rural futures may be limited by constraints of land and water and rapid population increase. All three will need to focus on rapid urbanization to address these constraints, and on industrialization and urban job creation to sustain it. To make this possible, all need to develop their sustainable energy resources, and cooperate to use them as effectively as possible.