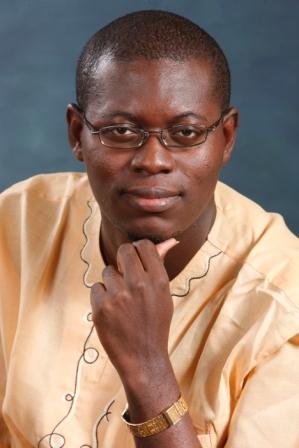 On the fourth day of President Obama’s 6-day Africa tour, his aides say that he is scheduled to announce in Cape Town, South Africa, a new US plan to advance the electrification of Africa.

Aides were sure to make it known that this is the “˜signature’ Obama initiative for Africa that many have been expecting since he came to office, and the absence of which has given rise to concern in certain circles.

As one of the people who have in the past complained about the seeming lack of new ideas for a “strategic engagement with Africa” from the Obama White House, I welcome renewed energy towards that direction.

The issue selected – Africa’s electricity challenge – is clearly a vital one. The World Bank for instance says that all sub-Saharan African countries, minus South Africa, combined do not generate more electricity than Argentina. Including South Africa, they produce only as much as Spain.

It is commendable that the White House is pledging up to $7 billion in additional funding from two of its overseas-focussed agencies – EXIM and OPIC – for this cause.

I am sure that the White House is already aware that even if this whole amount was provided in a single year, and it is more likely that it will be provided over a 3 to 5 year timeframe, it will not be able to dent the $23 billion YEARLY deficit in energy investment on the continent.

Realistically, President Obama’s new initiative, standing alone, will reduce the annual deficit in energy investment in Africa by 6.5% per year over a 5-year period after which even more cash will need to be injected to maintain the reduction in the deficit.

You can also look at it this way. If all the electricity generated in Africa was shared equally, each household would have enough to power a normal light-bulb for about 3.5 hours a day per person. With President Obama’s new initiative, this can increase by roughly 18 more minutes if implementation was perfect.

Because Africa’s electricity challenges are however not due to capital investment in generation alone, implementation can never be perfect. For example, if all the money being voted for this initiative was spent on building power plants, as the preceding scenario assumes, one will still have to contend with maintenance challenges and, connected with that, efficient administration of the power system, including investment in transmission and distribution, as well as government policy on ensuring that people pay realistic prices for the power they consume.

In many African countries this has been far from simple. Once these factors are taken into consideration, it will be remarkable if the initiative succeeds in providing 5 more minutes of electrical light per person per African household per day.

But the Obama initiative need not become a drop in the bucket as such calculations may, rather cynically and dryly, suggest. It can become a catalyst or even a trigger for more investment from within and outside Africa into the continent’s electricity infrastructure.

That will only happen if President Obama does not make this initiative a “˜stand-alone’ effort. It must be integrated into the well-defined and locally legitimate PIDA initiative of the NEPAD (New Partnership for African Development). It should in particular focus on triggering investment into the $80 billion REGIONAL Grand Inga Initiative that has the capacity to double Africa’s current electricity production.

Such a US – NEPAD Electricity Initiative would have the remarkable distinction of supporting home-grown African efforts to solve Africa’s problems, and strengthen pan-African institutions in the fashion President Obama has been so keen to support.

Even better, the growing pan-African young professionals’ engagement with NEPAD means that a strategic tie-up between US Africa policy and NEPAD will vindicate the third plank of the Obama “Africa Doctrine”: “energising Africa’s Next Generation”.

Bright Simons is honorary Head of Research at IMANI, a think tank in Accra, and the inventor of Africa’s home-grown ICT-based response to the counterfeit medicines problem: www.mPedigree.Net