Politics
Home›African Arguments›Politics›Chad’s oil project 10 years on: has anything changed? – By Celeste Hicks

Chad’s oil project 10 years on: has anything changed? – By Celeste Hicks 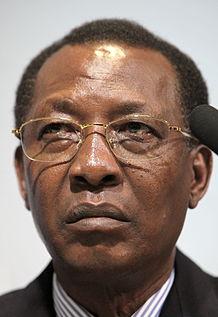 Even in their wildest dreams the architects of Chad’s oil project could not have imagined how much the country would earn. In 2003 it was estimated that during the entire life of the project (about 25-30 years) Chad might hope to earn $2.5billion dollars from royalties on oil sales. Today, mostly thanks to unprecedented spikes in the global oil price in the 2000s, Chad has already earned $10 billion – four times as much.

Economist Paul Collier has written much about how revenues from natural resources now dwarf aid flows to the world’s poorest countries. Chad, for example, is in continuing negotiations with the IMF which could result in it being offered around $11million in loans – the kind of money it might reasonably hope to earn in one month through oil sales. And it doesn’t stop there. In the last four years the Chinese National Petroleum Corporation has built an oil production facility at its Ronier and Mimosa fields in Chad’s Bongor Basin. Some 1500 people now work on the site which has about 35 active wells, and the CNPC are close to concluding a deal with the Esso consortium which would allow it to share use of the 1000 kilometre Kribi pipeline from the Doba fields for exportation to the Cameroonian coast. The CNPC has built a refinery at Djermaya which now produces fuel for local consumption and promises to improve Chad’s electricity generating capacity.

In the last month the Canadian oil company Griffith (now re-named Caracal), which was recently involved in a bribery scandal involving the wife of the Chadian ambassador to Canada, successfully started drilling at the Badila fields in southern Chad in old wells previously deemed unprofitable by Esso. A number of other oil companies, including Simba Oil and Global Oil, have also registered an interest in concessions.

But while the discovery and drilling is booming, oil has not delivered on promises of economic development and poverty alleviation. While Chad has escaped the kind of environmental catastrophe seen in the Niger Delta, or the rampant corruption of Angola, the story is still best described as a severe case of missed opportunity.

The project to set up Chad’s oil industry was originally seen as a ground-breaking attempt to break the so-called “˜resource curse’. The World Bank stepped in offering loans for construction costs conditional on Chad signing into law (Law 001) a system which would ensure 80% of the revenue was spent on “˜priority’ social sectors (such as health and education), and some money put aside for future generations. Right from the start funds were diverted away from the priority sectors. Within three years of the project launch, Chad re-wrote Law 001 allowing President Deby to buy weapons worth at least $600m which were used to crush several rebellions in 2005-9. This major departure led to the World Bank pulling out completely from Chad in 2008.

Chadians are deeply divided as to how the country is approaching its goals on social development. The country’s under-five mortality rate remains stubbornly high at 169/1000 live births (the fifth worst in the world) and adult literacy is just 34% (Unicef). Only a tiny fraction of the population has access to electricity and just 51% of have access to improved water sources (Unicef 2010). It is 184th out of 187 countries on the UN’s Human Development Index, barely changed from when data was first recorded in 2000.

It is hard not to be struck by the enormous disparities in wealth in N’Djamena and to wonder whether the priorities for such a small city are really the construction of two multi-lane flyovers and new buildings for almost every ministry. Doctors and teachers complain that there are insufficient trained professionals to run all the new hospitals and schools which have been built. In the oil producing areas, villagers live in extremely basic conditions, farming small non-irrigated plots with hoes in the shadow of the electricity pylons which run for miles bringing power to the oil facilities.

Some aspects of the original system of revenue management monitoring designed by the Bank still remain. Royalties from Esso from the Kome fields continue to be deposited in a Citibank account in London which no government figure is authorised to access directly. Set percentages are transferred via a bank in Paris to the Chadian treasury and a “˜College’ of MPs, business people, representatives from ministries and civil society which is charged with deciding the fate of the government’s new spending plans. However, the College members are all appointed by the government and the monitoring system only covers the original 2003 oil wells and not new discoveries.

Bodies such as the EITI and the Chadian civil society Grampt-tc (Alternative Group for Monitoring the Petrol Project – Chad) are doing excellent work to make sure that a proper record of the ten billion dollars is kept, but even the head of Grampt-tc admits that many Chadians have lost interest in the oil project because “nothing seems to have changed”.

Is Zimbabwe heading towards another disputed election? ...