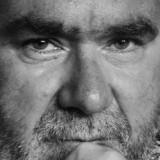 M23 withdrew from Goma in the first days of December 2012. In the days and weeks after their retreat, several international initiatives were launched which eventually crystallized in the signing of the Framework Agreement of Addis Abeba in February. From the very beginning, a central part  of these initiatives was the deployment of an international brigade  “˜to “neutralize and disarm” the notorious 23 March Movement (M23), as well as other Congolese rebels and foreign armed groups in strife-riven eastern Democratic Republic of Congo.’ After long discussions between African institutions (ICRGL, SADC, AU) on the one hand and the United Nations and the United States on the other, a final decision was taken to give it the status of a specialized “intervention brigade“ within Monusco’s existing 19,815″‘strong force. It will mainly consist of Tanzanians, South Africans and Malawians, all together 3,000 men.

It was immediately very obvious clear that the presence of the brigade would fundamentally change the military power balance in the field. Even after M23 had left Goma, it remained the most coherent, best organized and most performing military actor in the Kivus. Nobody expected that this would still be the case once the intervention brigade deployed.  Already in December, the brigade  -still in its conceptual phase-  became the focus of  a trench war with rumors and disinformation as ammunition instead of bullets and grenades.

The Congolese government had been humiliated by the fall of Goma and had given evidence of its inability to control its eastern provinces, so Kinshasa expected a lot from the intervention brigade and tried to accelerate its arrival by strengthening all rumors about Ugandan and Rwandan troops on Congolese soil. Rwanda had been very actively present when M23 took Goma but it had withdrawn its troops immediately after. Since then, Uganda and Rwanda are being monitored very closely, with very little space left for direct intervention. The leaked mid-term report of the UN Group of experts recently confirmed  that Rwanda is now only providing limited” support to M23 and Uganda none at all.

On the other hand, Rwanda and M23 tried to delay or even avert the arrival of the intervention brigade through a very aggressive discourse against the UN and targeted messages meant to influence and intimidate public opinion in Tanzania and South Africa. No country in the world wants to see its soldiers sent back from peacekeeping missions in a body bag. Rwanda accused the UN of cooperation with FDLR, culminating last week in the letter sent to the U.S. ambassador to the UN (and currently chairing the Security Council) in which these allegations were once more emphasized.

The most important military event since m23 left Goma is without any doubt the internal power struggle within M23, leading to the victory of the wing lead by Sultani Makenga over Bosco Ntaganda’s people.  These events have weakened M23 considerably: the Group of experts estimates that more than two hundred M23 fighters of both sides were killed in the Makenga/ Ntaganda war, even more were injured and many others surrendered, totally discouraged, to MONUSCO and the Congolese army. At this moment, M23’s operational capacity is not much more than 1,500 men.

At this moment, there is no indication that the direct negotiations between the Congolese government and M23 that were launched in December 2012 will provide concrete results in the short  run. In February a joint statement was paragraphed (not even properly signed) a technical document acknowledging that 23 of the 35 points both parties agreed on in 2009 have been implemented, while the 12 others have not been executed.  But since then, no result or even progress has been materialized.

New fighting broke out on Sunday July 14th between M23 and the FARDC at 10 kilometer from Goma. It is not easy to have confirmed and double-checked information about who started the hostilities and why, but after a few days it was clear that the Congolese army is on the winning side, although the exact size and impact of their military domination remains hard to estimate.

It seems totally excluded that M23 would take Goma back in these circumstances without direct support from Rwanda. But also a quick military victory of the FARDC seems unlikely. The army found a new impetus which is probably the result of improved chains of supplies, better logistics and salaries that have effectively been paid. That might be a good start but the bulk of the work to build up a performing, disciplined and unified national army from scratch still remains to be done. But the new impetus of the army mobilises a wave of sympathy and solidarity with the army within the population, and that in itself is a new factor.

The Congolese army considers that time runs in its advantage. Soon (within a few weeks?) the intervention brigade should be fully operational.  The authorities in Kinshasa continue to see the brigade as Aladdin’s lamp which will solve their problems they can’t deal with themselves, but you can’t exclude neither that the brigade opens Pandora’s box: it will be a new military actor in a political and military landscape which already is extremely complex. It will probably create a new dynamic but that might turn out negatively. It will depend on the way the communities and armed groups will perceive the brigade.  Pieter Vanholder, DRC country director of the Life & Peace Institute in Bukavu, said on Al Jazeera that the brigade could have a deterrent effect, but “if some things go wrong, which they are bound to, the brigade may be seen as a kind of occupation force. As a consequence it could become a push factor for some to join armed groups, adding to local resistance.” A brigade of 3,000 well trained soldiers might be enough to handle an armed group or two, but the military configuration of Kivu is far more complex than that. It will not be easy to fight armed groups and protect communities in those cases where it is difficult to draw the fine line between an armed group and the community from which it originates. There are many pitfalls on the bumpy road ahead of the intervention brigade. But once again, this is Congo. All roads are bumpy, often with pitfalls as large as the road itself…

The expectations are high. Everybody believes that the full deployment of the intervention brigade will seriously change the military power balances in Kivu, but at the same time it is hard to imagine why and how it will make a real difference in the field, being part of a UN structure which never made much difference  despite its 13 years of existence. In any case, the outbreak of recent violence has put everybody in a state of alert. The UN has expressed its deep concern and observers who traveled between in the last days between Kigali and Gisenyi reported an increased concentration of Rwandan troops on the border.