How To Be A Great African Writer – By Elsie Eyakuze 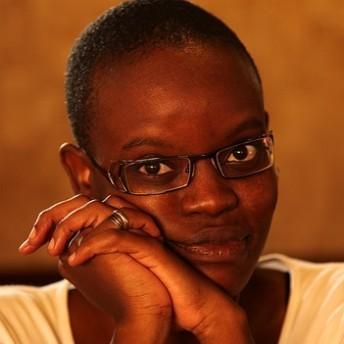 There is an argument out there that the category ‘African Writer’ should not exist because it creates a ghetto in which people get incarcerated by accident of birth or residence. I have heard this many times, in conversations that cover complex and controversial ‘identities’ (Indian, Asian, Latin), in literary salons hosted by artsy friends that call themselves anything but literary salons.

I am ambivalent about this categorization issue for a number of reasons. As a consumer I have been addicted to the written word since the mid-1980s. My only selection criterion is the avoidance of boredom, and the aggravation that comes from reading sloppy work. As a result I failed to develop the ability to distinguish between genres, genders and nationalities when it comes to literature with any credible snobbery.

I happen to proud of this intellectual promiscuity and take pains to keep away from any limiting commitments to critically acclaimed works and authors.

This is not a particularly rare trait: readers tend to be like this. We who bother to buy books are likely consuming all kinds of culture in order to satisfy our mental and sensory appetites. But this begs the question: are those appetites actually dictated by identity? Isn’t this just another insidious manifestation of racism?

There are writers who spend time thinking about their readers’ experience and trying to craft something good for them, and in our modern era of indulging the customer this is admittedly a “˜good’ practice (by which I mean lucrative.)

Social media helps too. With roughly six years of writing for public consumption under my belt, I have come to realize that I mistrust this approach to writing and disdain the idea of being too responsive to this nebulous creature called an “˜audience.’ This attitude problem makes it hard for me to be an African Writer.

I do, however, happen to be a practicing African, albeit one who prefers specificity and so answers more readily to ‘Tanzanian’ or ‘Dar resident.’ Writing is one of things I do, sometimes it pays, sometimes it doesn’t, in that sense I am typical of the chronically under-employed creative class.

But I digress. The question I am supposed to be addressing here goes something like this: What is the formula for becoming a distinguished or prize-winning or widely-read African Writer; and what about complicity in exploiting stereotypes of Africa in order to achieve success?

Well. I don’t know. There must be qualities above and beyond being a good writer and developing a credible body of work – which can be done, I think, without wasting anyone’s time on stereotypes. I have been lucky enough to meet awarded and accomplished writers, African ones who might also happen to be Indian or Canadian or Kenyan or Tanzanian and can attest that aside from writing and a geographic heritage, they have almost nothing in common.

Yet in these encounters, even as we gripe and torture the themes of identity and alienation, it is rare for any individual to appoint themselves an African writer. That would be gauche, and besides we are all individually consumed by the things we need to address: childhood, politics, relationships, colonialism and post-colonialism, post-post-colonialism and neo-colonialism, gender, sex and of course the eternal encounter between modernity and tradition (which, for the record, is not an “˜African theme’ per se.)

There are, of course, times when the assignation comes in handy. If pursuing a grant for writers, a prize for writers, a space in a literary magazine, one can strap on “˜African’ and become exotic. I tend to stay away from that because of my discomfort with things that smell of affirmative action. Nonetheless I have been known to don that piece of armor when entering into battle.

Sometimes the need also arises to textually bitch-punch the wrong-thinking out of an individual or an institution that has said things about this my continent that I strongly disagree with.

Otherwise I am much more comfortable with other political costumes like ‘mouthy feminist’ or ‘grouchy suburban bourgeoise.’ Explaining conditions to an unknown audience is a waste of time that I would rather spend coming up with ways of telling my government what to do. I don’t even know what the African condition is; speaking on behalf of 1 billion-plus souls is beyond me.

As for audiences, what little I do know about them is this: we writers have no control over who will read us and even less control over acceptance and affection for our work. The best we can do is focus on the craft irrespective of where we come from, where we live, which former colonial master we have beef with and which donor agency is trying to pimp you as ‘flavor of the month’ to shore up their credibility with taxpayers back home.

But if you want to hit the big time – and I don’t mean prize winning either – then you have to attain mastery. What I have read about some of the lives and practices of people I admire has yielded a few hints as to what that might entail.

You need to live an interesting life and if it can be a long one all the better. You need to have a body of work, however slim, and some of that work must be either bad or inaccessible because how else will you demonstrate growth or range? You need to pioneer something, be it a linguistic innovation or the exploration of a heretofore un-mined subject.

Most importantly, you need to be unapologetic and rather unaccepting of boxes that people might shove you into. And there’s the rub. Something about placing an adjective before the term ‘writer’ feels to me like an apology of sorts. True masters don’t suffer it, not unless it is meant as a compliment in which case it is usually preceded by “˜the’ and “˜great.’ The Great American Novelist Ernest Hemingway. The Great Ghanaian Novelist Chinua Achebe. The Great Feminist Novelist Ursula Le Guin.

So how does one become a revered African Writer? By not becoming one. The point of this life-choice, I think, is to be a Writer. That is where the actual pinnacle of success lies, above the cloud of adjectives, in the pure clean air of indisputable mastery, in the hopes of living on beyond the frailness of the body in the minds and hearts of generations to come. Amen.